The new Gold Coast Pride Festival has hit the beach with the first loud and proud Pride March through Surfers Paradise.

At least 150 people, many decked out in rainbow colours and waving pride flags, gathered on Queensland’s Gold Coast on Saturday afternoon.

The crowd marched along the beach towards the iconic Surfers Paradise sign. There they met Coast drag queen Carmen Taykett for a beachside song and dance number.

The marchers, headed by a group from Griffith University’s Gold Coast campus, then continued along Cavill Mall.

Siciliani said as far as he was aware, the Pride March along the beach was the first of its kind anywhere.

The inaugural Gold Coast Pride Festival kicked off on May 23 and is a weeklong celebration of the Coast’s LGBTIQ community. 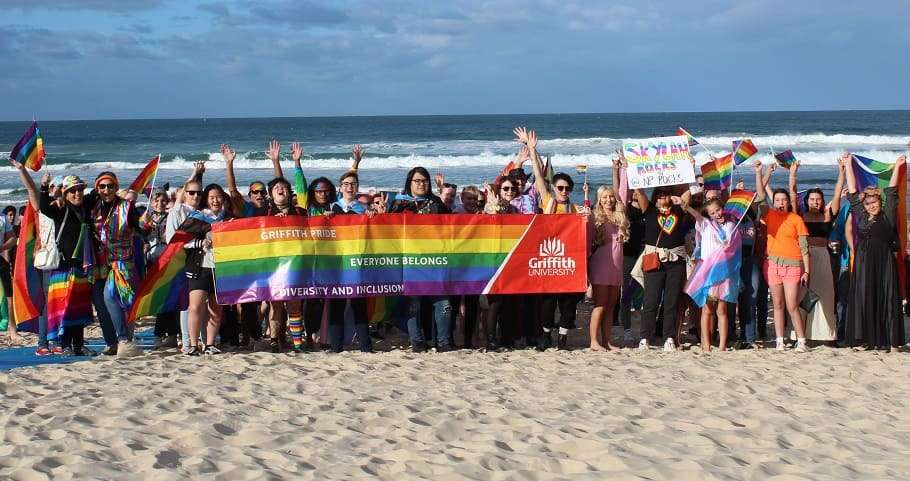 On Sunday (May 30), the festival’s Pride Beach Party was on at Roughton Park at Coolangatta.

The family-friendly event featured market and community stalls, food and bar areas, and DJs on the main stage. On Sunday morning, a group of same-sex couples skydived over the beach and gave their partners one-of-a-kind public marriage proposals.

They’ve held events including drag shows, community picnics, club nights across the coast. But the week-long festival has been the “jewel in the rainbow crown”, Vince Siciliani says. 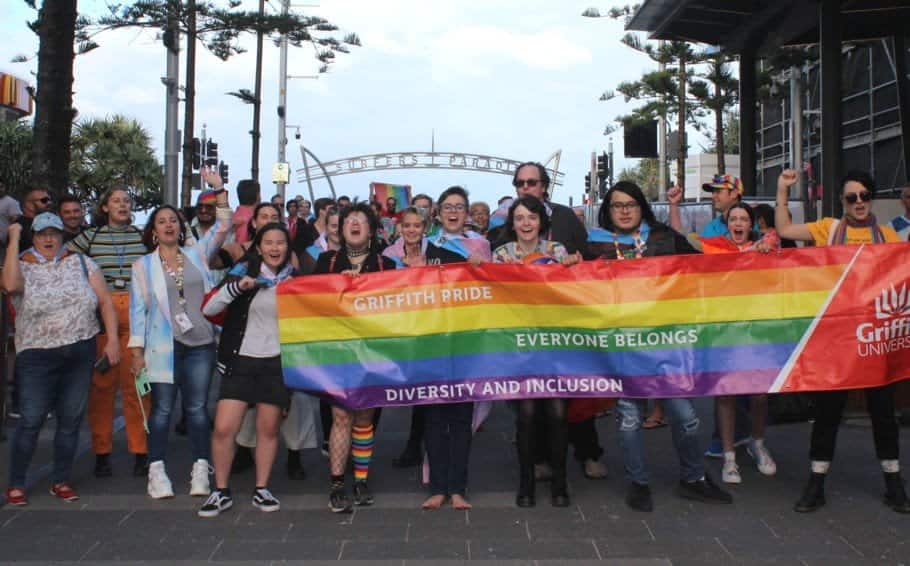