A Winnipeg couple has hit another roadblock in an ongoing 40-year battle to have their marriage legally recognised.

Chris Vogel and Richard North were married in a Unitarian church in 1974, but what is now the Manitoba Statistics Agency refused to register the marriage because they were both men.

At the time, they were only the second same-sex couple to get married in Canada.

The pair fought the decision in court, but the judge declared the law had not “intended to recognise the capacity of two persons of the same sex to marry”.

The judge declared Vogel and North’s ceremony as a “nullity”.

The couple took the case to the Manitoba Human Rights in 2015 for review, 11 years after same-sex marriage was legalised in Canada.

In his decision last month, CBC reports, adjudicator Robert Dawson wrote that even though laws have evolved since 1974 to allow same-sex marriage, as a human rights adjudicator he did not have the right to overturn the judge’s original decision.

However, he urged Vogel and North to take further action.

“The complainant’s solution lies within the power of the federal Parliament to enact a special Act that would effectively overrule the decision (made in 1974),” Dawson wrote.

“Without such intervention, a bizarre and embarrassing irony will persist. It is neither fair nor just that the law refuses to recognise the 1974 marriage of a homosexual couple whose long-standing activism and advocacy have made it possible for same-sex couples of today to take for granted their right to marry.” 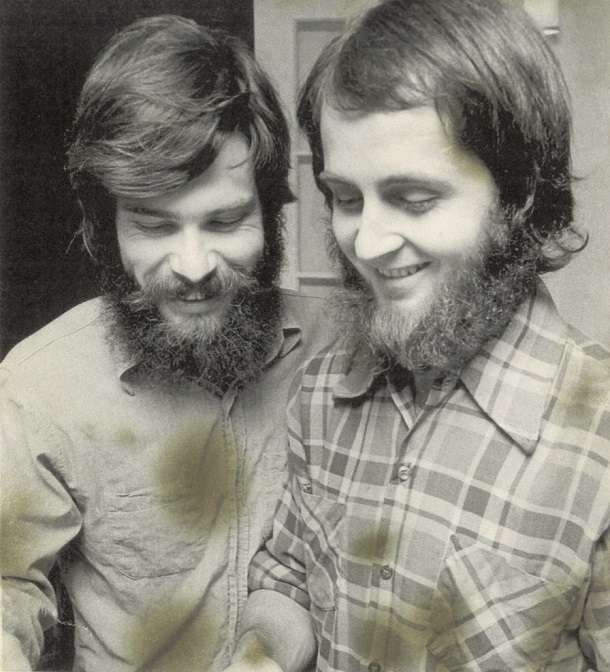 The couple filed an application for a judicial review with the Court of Queen’s Bench in Winnipeg on Valentine’s Day.

Vogel says he has mixed feelings about the start of another court proceeding.

“It could have been settled just by registering the marriage in 1974,” he said. “That’s what the legislation federally and provincially said to do, there was no reason not to, but the government refused and they have continued refusing ever since.

“There’s so little to this — it doesn’t cost anybody anything — maybe there’s a piece of paper involved and 10 seconds of data entry, and that’s it.”

When same-sex marriage was legalised in 2004 Vogel and North decided not to go through the ceremony again.

“It just seems wrong because heterosexual couples don’t have to get married repeatedly to finally get it registered,” Vogel told CBC.

“We followed all the rules and we met all the standards in the legislation … It was wrong for them to say no then and it’s still wrong for them to try to do it differently for us than they would have done for a heterosexual couple.”

The couple’s latest court hearing is scheduled for March 6.