A recent trawl through Pinterest indicated that despite their opposition to bullfighting, many people take an interest in photos of matadors.

Although we can’t think why, we thought if we posted some pics, readers may find a solution to the mystery.

Scroll down for the pics.

While most countries long ago banned bullfighting, it remains legal in Spain, Portugal, and a few Latin American countries.

The Spanish defend bullfighting as a cultural event while ignoring that the bulls are tortured and killed during a fight.

While matadors often suffer injury and sometimes death, unlike the bulls, they choose to participate. 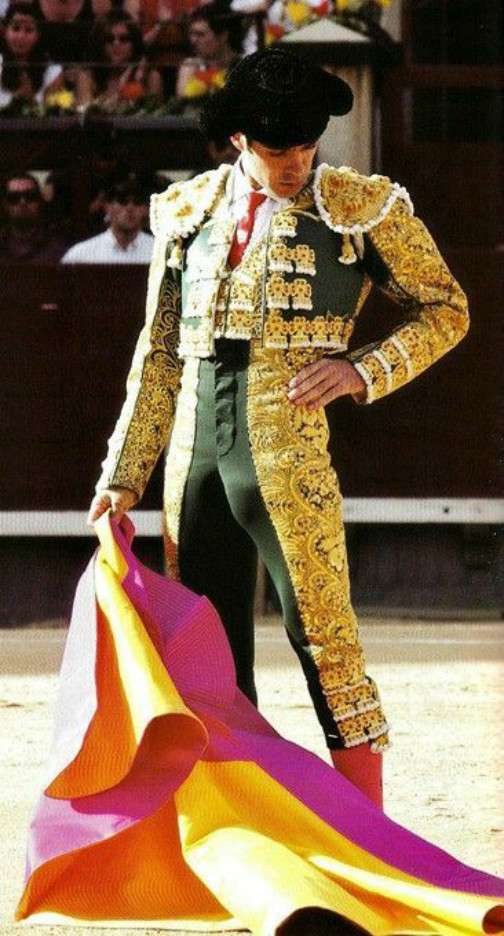 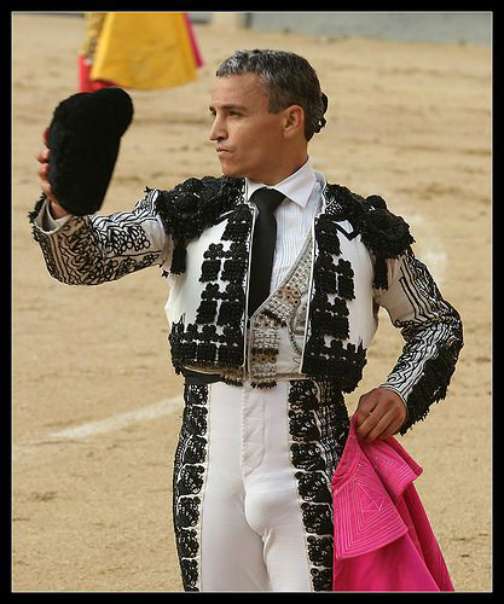 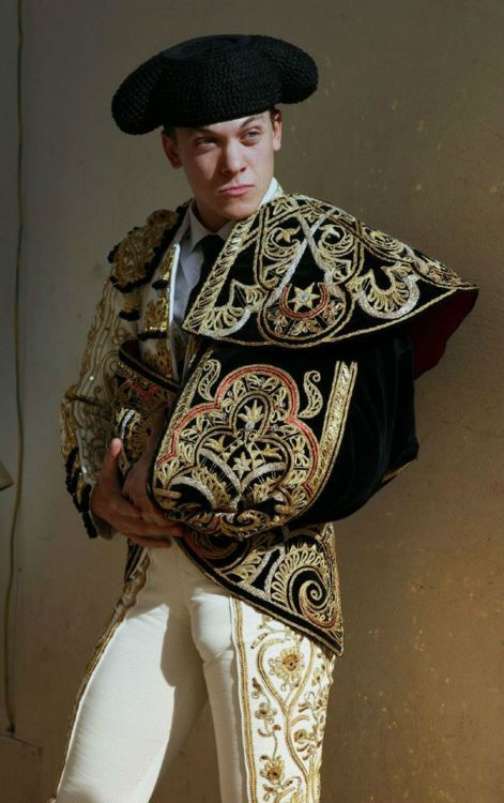 It appears one bull perhaps one at least one round. 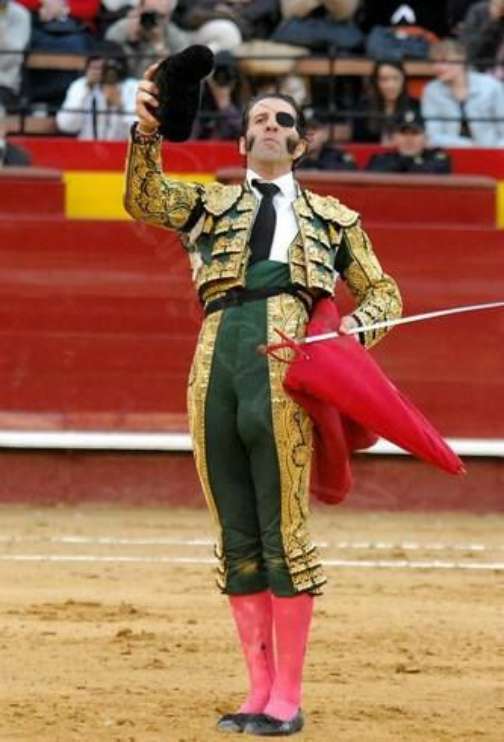 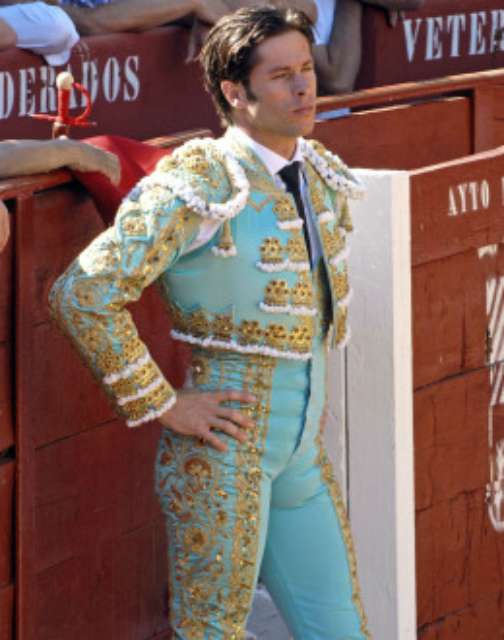 Matadors, or Toreros as the Spanish call them, are popular sports stars in Spain.

While once treated like pop stars, bullfighters no longer earn the big dollars once on offer.

Top matadors today earn less than their predecessors in the 1960s.

They also run the risk of frequent injury and potential death. Matadors wear elaborate and expensive costumes. While designed for ease of movement, the elaborate costumes feature an abundance of decorative embroidery.

Known as traje de luces or ‘suit of lights’, the costumes often feature sequins and reflective silver or gold thread.

The matador’s close-fitting tights require suspenders that remain concealed beneath his jacket.

Colours are chosen for the costumes based on either the matador’s personal taste or sometimes superstition. Some matadors choose lighter colours based on the very practical reason that it will attract less attention from the bull. 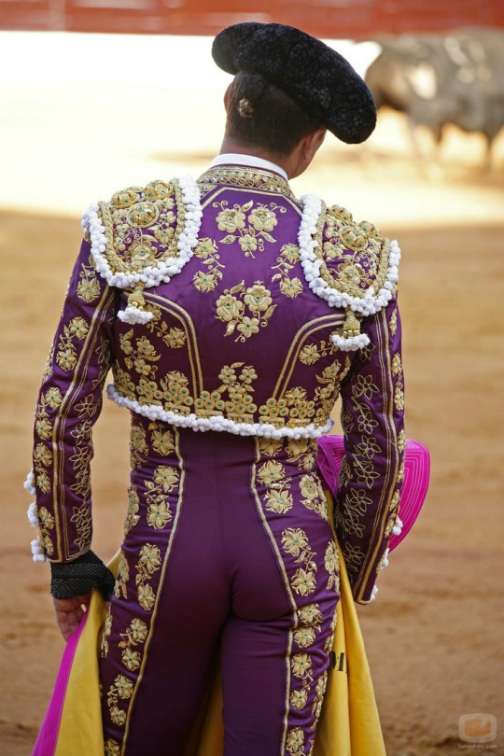 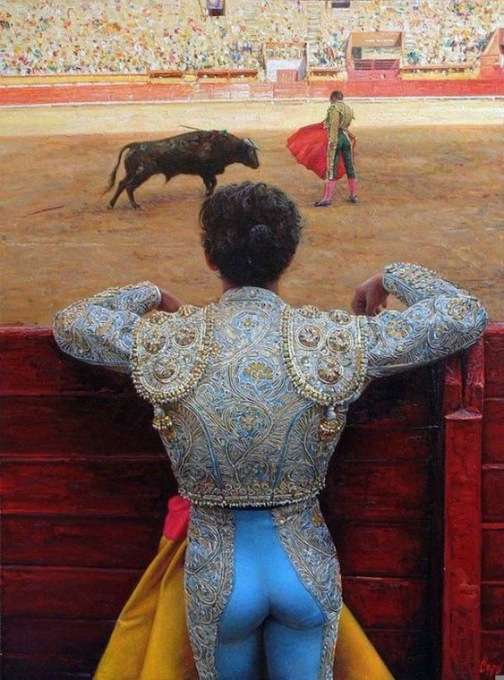 While a few countries and states with a bullfighting tradition placed bans or limitations on the practice in recent years, it seems unlikely we will see a total end in the near future.

The hottest men we (un)covered in the last five years

The hottest pics of the guys from Love Island Australia

Chace Crawford’s VPL for ‘The Boys’