The Brisbane Writers Festival is presenting over 150 events at the State Library of Queensland and the Queensland Art Gallery and Gallery of Modern Art.

The festival aims to connect Queenslanders through story and inspire thought and curiosity, from September 5 to 9 this year.

Benjamin is the author of The Family Law (now also an award-winning TV series.), Gaysia: Adventures in the Queer East and Moral Panic 101. He co-hosts ABC RN’s Stop Everything, and has appeared on Q&A, The Drum, The Project and Filthy Rich and Homeless. At the Brisbane Writers Festival, Benjamin will host the discussion Growing Up Queer in Australia on September 6. He’ll also host the Asking For A friend – Put Your Problem to the Panel to Solve event on September 7.

Phoebe (pictured above, centre) is a filmmaker, writer, lecturer and intersex rights activist. She lectures in film, television and digital media at the Queensland University of Technology. She is known particularly for her autobiographical road trip movie, Orchids, My Intersex Adventure. Phoebe will speak during the Growing Up Queer in Australia session at the Brisbane Writers Festival.

A survivor of the Stolen Generation, Indigenous elder actor musician activist and former heroin addict and cat burglar, Uncle Jack Charles (pictured above, right) is an Australian legend. On the cusp of his 75th birthday he tells how he became a born-again blakfella and one of Australia’s most beloved actors during A Night by the Fire with Uncle Jack Charles.

Disability and LGBTIQ rights activist, writer and educator, Jax hosts an evening of spoken word at the Brisbane Writers Festival featuring students of Kelvin Grove State College Slamasaurus. Jax (pictured below) is passionate about the capacity of #ownvoices writing to promote pride, resilience and connection for people with disabilities. 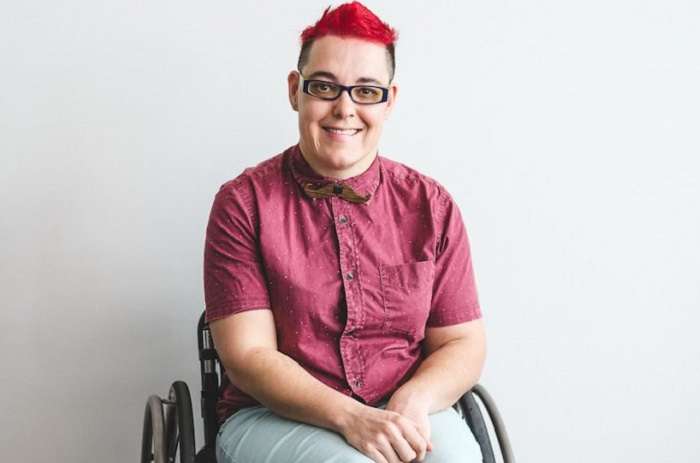 Samuel is a multidisciplinary artist and writer based on the Gold Coast. He writes about sexuality, gender and mental health for SBS Life and contributes to media outlets including Buzzfeed, Junkee, Pedestrian TV and Huffington Post. Samuel (pictured below) will also speak during the Growing Up Queer in Australia session at the Brisbane Writers Festival. 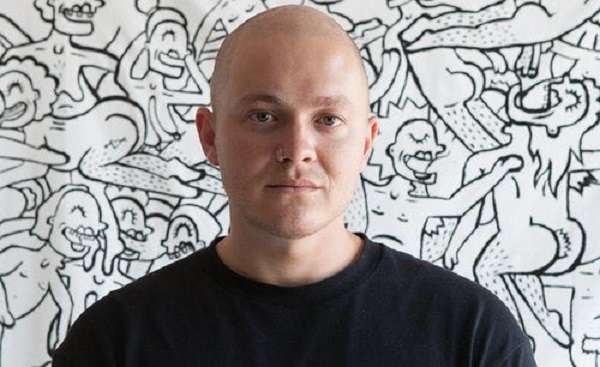 Steven says on Facebook, “Somewhere down the track when people ask what my cultural contribution to Australia was, I’ll proudly reply “I made it a little more sluttier and and way more sexier. Does that answer your question, you nosey slut!” We could give you his full bio, but the man is a creative powerhouse. Just don’t miss him – ever. Steven will moderate a chat with Uncle Jack Charles at the Brisbane Writers Festival.

Nathan is a recent graduate of the University of Queensland, where he studied Politics and English. Currently, he is an arts administrator at La Boite Theatre Company in Brisbane. Nathan (pictured below) will speak during the Growing Up Queer in Australia session at the Brisbane Writers Festival. 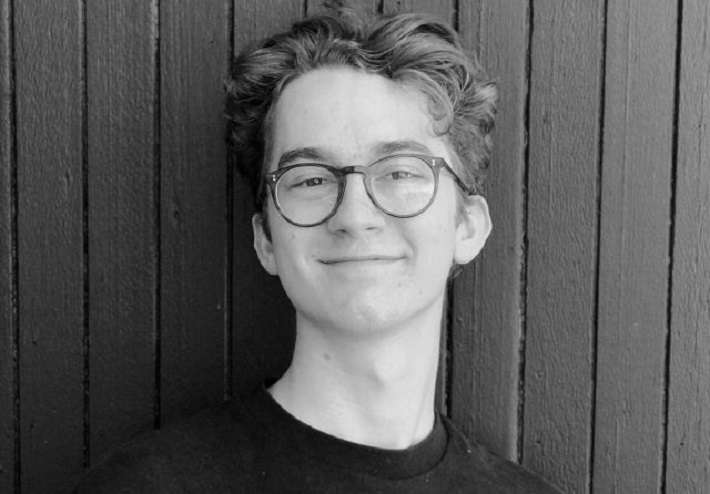 Author of the wonderful Let’s Talk About Sex: Histories of Sexuality in Australia from Federation to the Pill and other important works, Lisa will moderate a discussion at the Brisbane Writers Festival called ‘Voices Written Out of History’ on who gets left off the page and why.

Michael edits Kindred: 12 Queer #LoveOzYA Stories. He has worked with Children’s and YA books for over 16 years, currently at The Little Bookroom. He contributes to Underdog: #LoveOzYA Short Stories and his writing has appeared in The Victorian Writer, Aurealis and Concrete Queers.