Trans-Tasman rivalry is nothing new… but New Zealand has fought back to ensure transgender athlete Laurel Hubbard can lift gold at the upcoming Commonwealth Games on the Gold Coast.

Weightlifting New Zealand has shunned claims by its Australian counterpart that Kiwi weightlifter Hubbard should be banned from the Games.

In a letter to the International Weightlifting Federation, Keelan insisted that Hubbard, 39, has an unfair advantage over her rivals, despite being granted permission to compete in the women’s weightlifting event by the New Zealand Olympic Commission in November last year.

Keelan argued the sport had always been “gender-specific” and “female-born athletes” were now being put at a disadvantage by lifters such as Hubbard.

According to the Sunday Telegraph, Keelan, one of Hubbard’s most vocal critics, insists there was a significant disadvantage to female weightlifters.

“It is our strong view that weightlifting has always been a gender-specific sport, male and female, not a competition among individuals of various levels of testosterone,” he says.

“In our respectful view, the current criteria and its application has the potential to devalue women’s weightlifting and discourage female-born athletes from pursuing the sport at the elite level in the future.”

However, Marshall told the NZ Herald that he was unconcerned by the Keelan’s comments and believed the CEO was trying to “boost” the chances of Commonwealth gold for Hubbard’s Australian competitor Deborah Acason.

“I don’t think Mike is doing anything other than to try and boost the chances of an Australian lifter and to try and niggle us a bit,”he said.

“Michael is playing games, he’s wanting to assist his own lifters by making that comment because Australia has a lifter in the same category as Laurel Hubbard.

“He’s trying to assist them, and he’s done this before, he’s wanting to put some pressure on us, I guess, and have us concerned.”

According to Marshall, both Weightlifting New Zealand and Hubbard would remain unfazed by Keelan’s comments and would “go on with business as usual”. 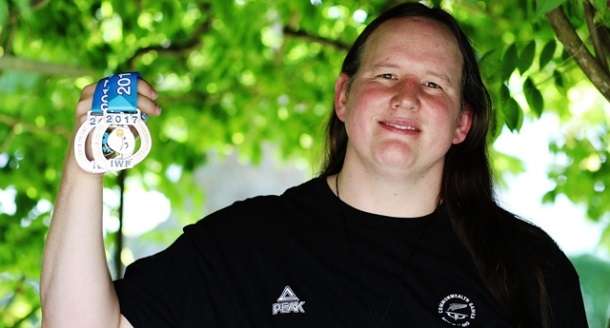 “We are not concerned because the International Olympic Committee and the International Weightlifting Federation have all accepted Laurel Hubbard, and she is a genuine competitor, so we don’t have any problems.”

Hubbard, 39, lived the first 35 years of her life as a man, and competed in elite men’s weightlifting competitions as Gavin Hubbard, before transitioning from male to female.