People who regularly use emojis in their text messages go on more dates. They also have more sex according to a recent study.

Scroll down for emoji phrases

Researchers from the Kinsey Institute in Indiana University and the Department of Psychology at Chicago’s Lake Forest College undertook the studies.

The first study looked at over 5,000 adults, 10% of who identified as gay, lesbian, or bisexual.

They were asked questions like “How frequently do you use emojis/emoticons in your text messages to a date?”

The second study asked additional questions to find out about follow up dates and numbers of sexual partners.

The findings suggested people who use emojis had more sexual partners, more second dates, and as a subsequence, more sex.

“Our findings suggest that emoji use with potential partners is associated with maintaining connection beyond the first date, and more romantic and sexual interactions.”

In other words, it’s a bit like body language in real life.

The emojis give a better sense of the person than words alone.

Of course, many people use a smiley face to denote friendliness on messages. However, some go further to enliven their messages with emoji symbols that add colour to plain old text.

Some become creative artists producing works like the emoji poem (below) by La Jamon.

The Elephant in the Room. 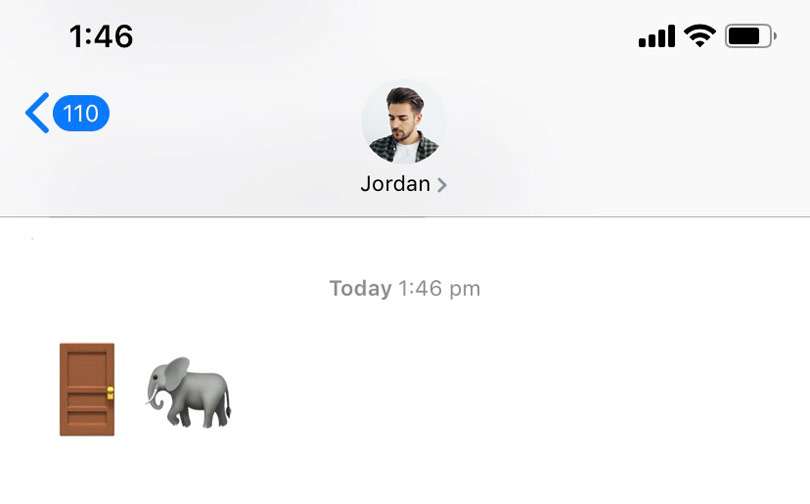 Others still, show off their literary endeavours. Witness this interpretation (below) of Shakespeare’s Hamlet. 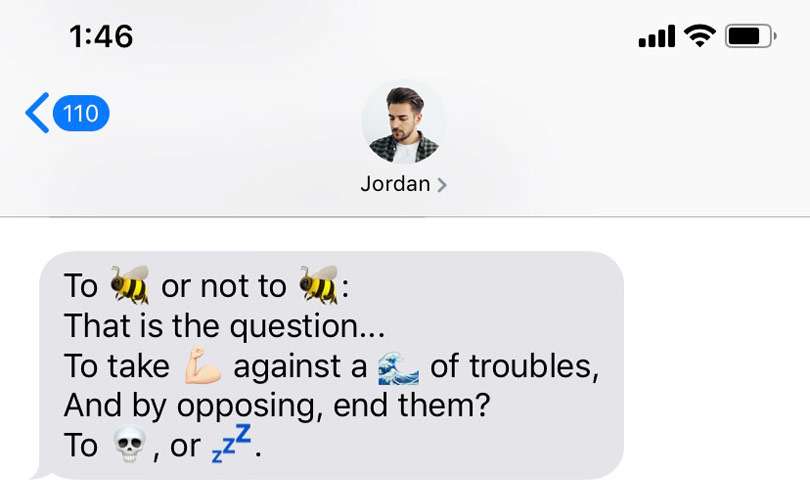 Researchers made no connection between the actual emojis used and the sexual success of the participants so who knows if the promiscuous use of eggplants littered all over your messages helps.

But sometimes, of course, those eggplant and other emojis can help you get across your point.

Here are a few helpful emoji phrases to enliven your messages.

Read it and weep

This Christmas, we’re awash with dicks past present & future