A Queensland Heath investigation recently cleared a senior manager who nicknamed a female colleague Vinegar Tits. He also played a game known as ‘Root or Boot’ with subordinate team members.  However, workplace advocate Miles Heffernan says such behaviour can constitute bullying and harassment.

Following a year-long investigation, the man recently returned to his position as a senior manager at Metro North Hospital and Health Service. Metro North conducted the investigation because of  complaints lodged by eleven female workers about a toxic workplace culture.

The investigation ‘partially substantiated’ allegations against the manager. However, it also concluded that staff members contributed to the workplace culture.

Investigators heard complaints the man gave subordinates derogatory nicknames including one woman referred to as Vinegar Tits. The manager also invited staff to lunch with him at a nearby cafe he called ‘the rape dungeon’. Coworkers alleged they felt pressured to accept or face accusations of not being a team player. While on strolls outside the office with co-workers, he instigated a game he called ‘Root or Boot’, rating female passers-by on whether or not he’d have sex with them.

The investigation described the name-calling in the team as ‘normal, and done in an endearing manner’.

“Fair Work Act provisions enshrine the right of all employees to a safe workplace. That means no bullying or harassment and the definition of workplace bullying and harassment includes disrespect and mocking.

“It’s okay to utilise humour in the workplace but people need to use a bit of common sense. Jokes and nicknames that demean fellow workers or banter of a sexual nature is almost always inappropriate.

“IR Claims, for example, won a substantial settlement for a young painter after fellow workers made a sketch on a dusty window that basically said, ‘Ben loves dick.’

“Then, after the young man complained to his boss about the slur, his employer responded, ‘You just need to bend over and take it.’

“It doesn’t take too many brain cells to work out that is inappropriate. In our own LGBTIQ+ communities, many of us appreciate a bit of camp banter, including myself. But there are lines that shouldn’t be crossed. Really, it’s not hard. Think before you speak and simply always treat subordinates and fellow workers with respect.” 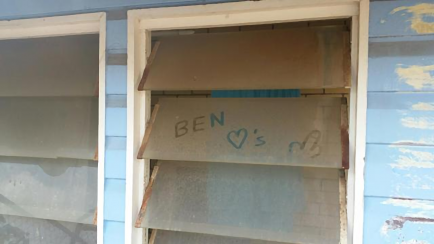 Miles said examples of bullying under the Fair Work Act can include:

“At IR Claims we are serious about protecting people from such behaviour. Check out our webpage Stop Bullying at Work for more information and also don’t hesitate to give us a call.

“We can seek an order from the Fair Work Commission to stop the bullying – like an AVO at work. We can also act on worker’s behalf to seek compensation.”

Pride WA is taking a stand against corporate ‘queerwashing’