Mhelody was due to return home to the Philippines just days after police found her unresponsive at a Wagga Wagga unit on September 21.

Emergency services took her to hospital but Mhelody died the following day.

Following the 25-year-old’s death, NSW police said they charged a 31-year-old man with manslaughter. Police released the man on bail and he will face Wagga Local Court next month.

On Monday night, dozens gathered at the two vigils, one in Newtown in Sydney and the other at Victory Memorial Gardens in Wagga Wagga.

Wagga organiser Katie Dyall-Smith said Mhelody’s death “has left many shaken, none more so than her family.”

She said she organised the vigil to allow the community to mourn and stand in solidarity with each other.

Crowdfunding to get Mhelody Bruno home to the Philippines

Dyall-Smith has also set up a GoFundMe page after speaking with friends and the brother of Mhelody.

“The family are seeking assistance and guidance from the Philippine Embassy and the department of Foreign Affairs to assist with the repatriation of Mhel’s body back home to the Philippines,” the GoFundMe page reads.

“Mhelody’s family [also] need financial support to assist with her funeral expenses in the Philippines.” 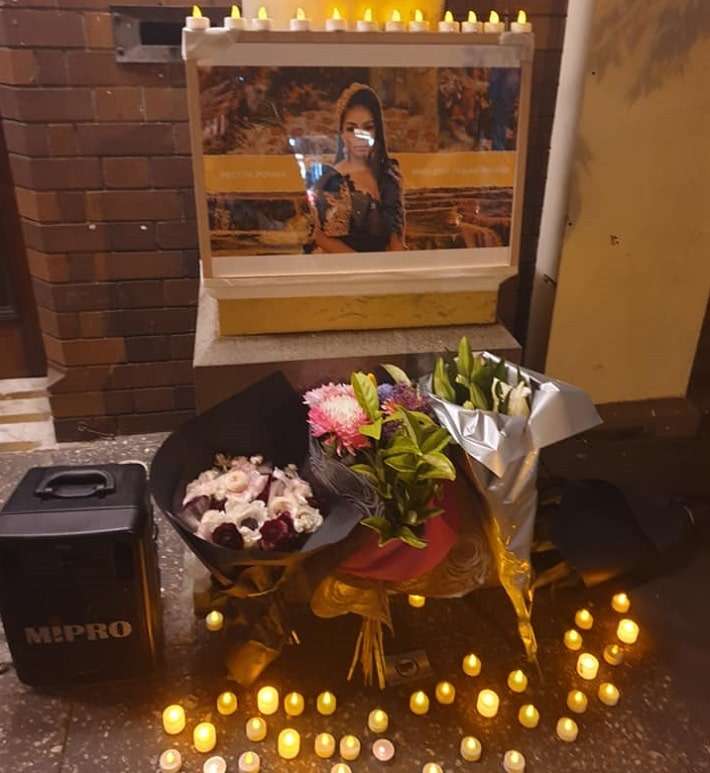 Migrante Australia, a national alliance of Filipino migrant organisations, expressed their condolences to family but raised concerns over Bruno’s death.

“We extend our heartfelt condolences to Mhelody’s family and will … assist them in this time of grief and uncertainty.

“We echo their cry for justice for the crime committed against Mhelody Bruno.”

The group called on government and the Australian Filipino community “to extend support and assistance to Mhelody’s family as they seek justice and the repatriation of her body back to the Philippines.”

The Sydney branch of Filipino youth organisation Anakbayan called for a “full, fair and transparent investigation” into Mhelody’s death.

“Mhelody was also particularly vulnerable to the often fatal violence that disproportionately affects transgender [women of colour] around the world.”