Two more iconic performers, Malika and Ella Va’lay, have joined the Sportsman Hotel’s Drag Hall of Fame for their contributions to the local entertainment scene.

The pair received the Brisbane venue’s special honours at a ceremony on Sunday night. The award recognises their contribution to Queensland drag, performing arts and charity fundraising.

“She’s an amazing mentor to have, if you ever get the chance to work with her. She tells it like it is, but she’ll always back you up and be in your corner.”

Malika said she began performing in 1983, under the name Negrita New York.

“Three friends were in a lip syncing competition in Fortitude Valley,” she recalled.

“When one of them had to leave for a work opportunity in Sydney, I joined them in the finals. We were these air hostesses, very high camp.”

Needless to say, they won the competition. And so began Malika’s years of performing around the country, including with the legendary Les Girls showgirls.

“Later I went to open a nightclub in Sydney, five nights a week. One night I went along to see Les Girls, and at half time I went backstage.

“[Carlotta] saw me backstage and she asked, ‘Who’s that? I’ve got to have her on the stage, right now!’

“The following week I was in rehearsals.” 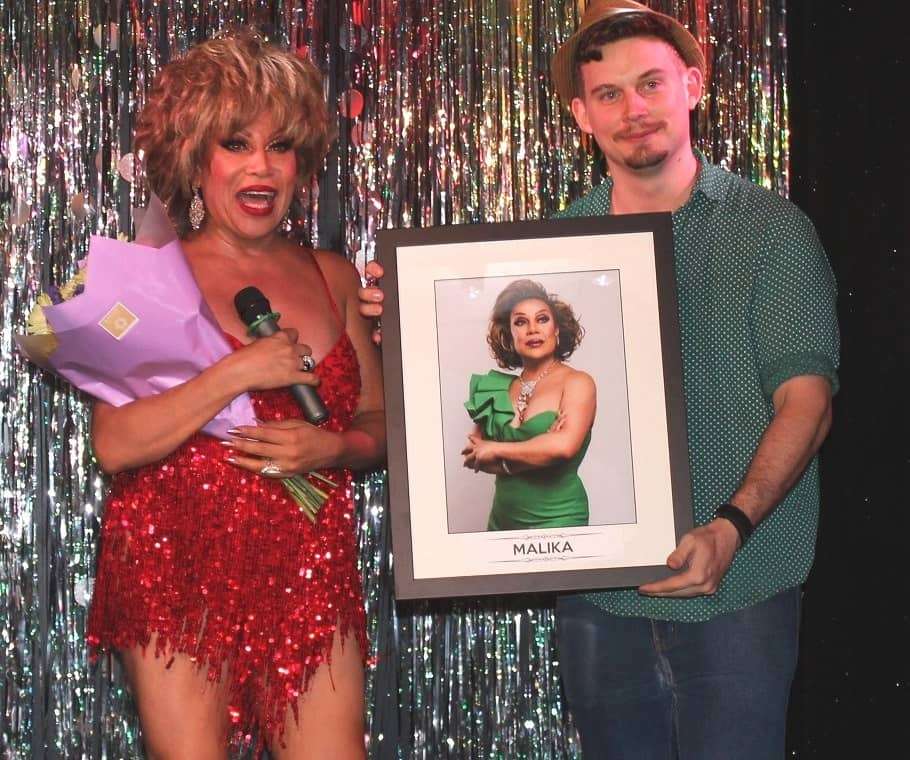 Malika would spend several years with the showgirls, including touring nationally after the closure of the Les Girls nightclub.

Sporties played a special message from Carlotta, who described Malika as “a genuine star, all her life”.

“All those years you worked in my show, you are a treasure and you truly deserve this honour. Congratulations my darling.”

“I really love the new stars. Brisbane is my home and I love you all here, old and young,” she said.

“Thank you so much for your love and support for our art.”

Wanda D’Parke said the second Hall of Fame inductee, Ella Va’lay (second from left), had appeared in some of Sporties’ best drag shows.

“I first met her while she was working at the Sportsman Hotel. She rose up the ranks before she got the bug for drag,” Wanda said.

“She’s been in many production shows, some of the best this stage has ever seen.

“If you’ve watched any of them, you’ll know she does not leave anything in the tank when she’s performing.” 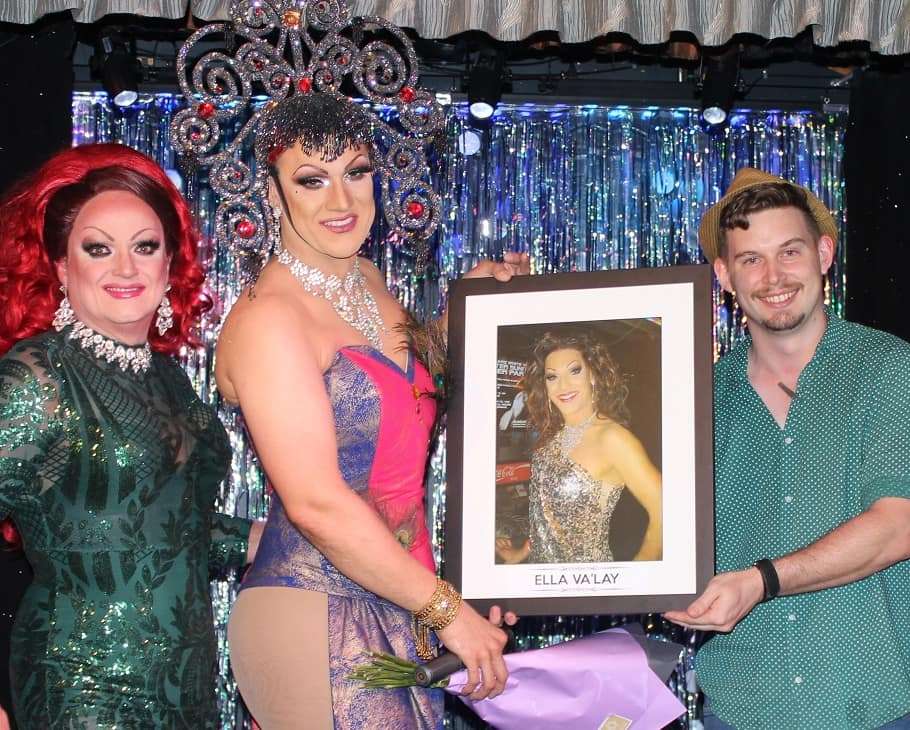 Ella said she got her start in drag after seeing the performers on the Sporties stage.

“I came here to the Sportsman Hotel to watch a Miss Sporties competition in 2000,” she said.

“I absolutely loved it and entered into the next show, and that’s where it all began for me.

“At Sporties I became an assistant manager for 10 years and all up, I ended up performing for 18 years.”

The members of the Drag Hall of Fame are immortalised on the wall of the Lounge Bar at Sporties. Wanda D’Parke said both performers are “very, very well-deserved” inductees.

“Sporties decides the Hall of Fame inductees on many criteria. It’s about the performer themselves, how they treat their punters, as well as what they’ve done for the community,” she said.

“It’s recognition for a long and dedicated career in our community.”