Teen actress Evie Macdonald is returning to ABC in the second season of her groundbreaking children’s series First Day.

The four-episode first season premiered on the ABC in 2020 and was a big success, screening overseas in over a dozen countries.

Now on March 31, the Emmy-winning show is back for four new episodes on children’s channel ABC ME.

Evie, who is transgender, plays Hannah Bradford (pictured above right), a trans girl starting a new school year at Hillview High with friends Olivia (above left) and Nat.

In the new episodes, Hannah not only has to navigate the everyday challenges of fitting in at school, but additional obstacles as a trans person.

Hannah also decides to run for Class Captain. It puts her in the public spotlight, but exposes her to microaggressions from classmates.

Her search for a community of like-minded students opens her up to new perspectives and gives her the courage to face her fears around dating.

First Day was the first scripted drama series with a transgender lead actor on Australian TV.

Speaking about the first season, Evie Macdonald said a lot of the show reflected her real-life experiences as a transgender teen.

“I really identified with the series when I read the scripts,” she said. 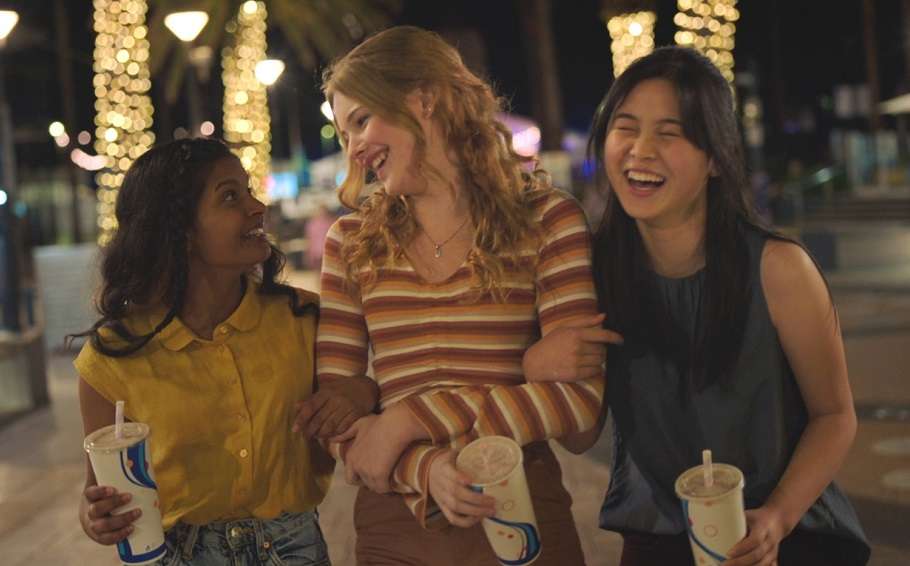 At the time, producer Kristy Stark thanked Evie Macdonald and everyone involved with the show.

“We’re thrilled that even more trans kids around the world will now have the opportunity to see themselves represented on TV,” she said.

“First Day is the combined effort of our incredible cast, crew and supporters to bring an important story to the screen.

“We’re so grateful to everyone who has been involved throughout the journey.”

Writers Eloise Brook and Martine Delaney also worked on the scripts for the new episodes.

Watch Evie Macdonald in the second season of First Day, screening on ABC ME on March 31. All episodes are available to binge on ABC’s iview that day. The first series is also available to stream on iview now.