With the success of the monthly live game show Rumble at Heya Bar in Fortitude Valley, the event’s creator Joel Devereux is looking forward to the upcoming season of the show at Brisbane Powerhouse’s Wonderland Festival.

“Rumble is a game show like no other! Two fringe artists, typically a drag queen and a burlesque performer pitted against each other over three rounds of antics,” the Brisbane photographer and producer explained.

“In round one the contenders perform their signature act and in round two, the crazy begins.

“The winner of the second round chooses a song category, then each selects a song from that category and a ridiculous prop.

“They have 10 minutes to develop an act to perform in round 3. Between rounds, some of Brisbane’s best entertainers take to the stage.”

What can people expect to see at a Rumble performance?

“The aim of the Rumble game is ultimately fun,” Joel said. 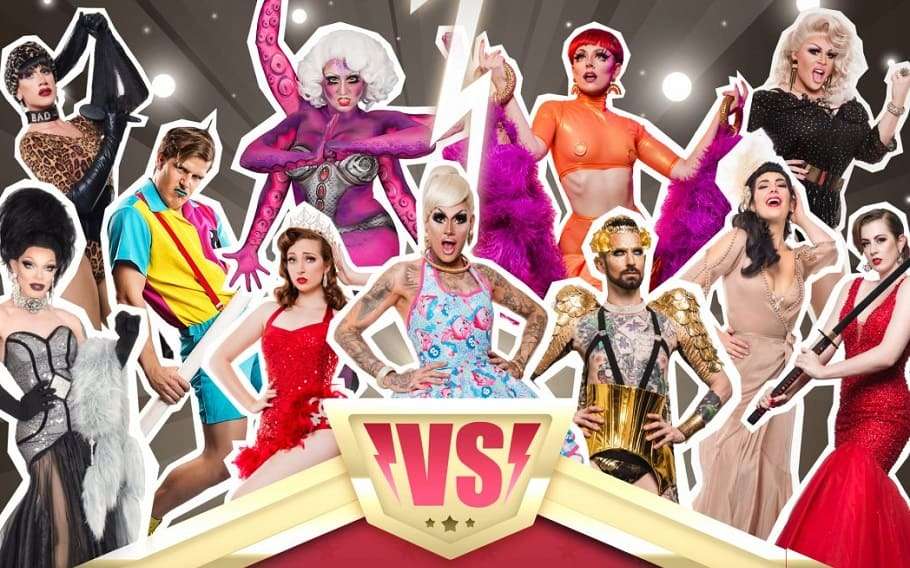 “Everything is in jest and a safe space to try some new things out on stage. But this also allows for some strange – and entertaining – performances.

“We have had Lenore Noire perform No Doubt’s ‘Don’t Speak’ with sticky tape as a prop and tape her entire face together. Loved it.

“Kryptonite performed Avril Lavigne’s ‘I’m With You’ as a lost puppy with dog diapers as a prop. We are now convinced that is what that song is really about.

“We have no idea what’s in store for every show but we do know it’s going to be a wild ride. We have Tina Bikki as the host and her usually faithful stagehand Citrine Velvetine to wrangle it all together.”

In addition to obviously being a lot of fun, Rumble looks to be a visual feast – is the show informed by Joel’s work as a photographer?

“Yes actually! I’ve been moving into a more bright, fun, and silly territory as a photographer over the past few years, for example my #FOODP*RN photo series,” Joel said.

“I wanted to translate that into something I produce. I’ve been producing events in Brisbane for the past six years and I wanted to do something different for the city that united the burlesque and drag scenes that had previously been kept quite separate, in a fun relaxed environment.”

Rumble is coming to the Brisbane Powerhouse next month as part of the Wonderland Festival.

The event will run for four nights, from November 29 to December 2, with different contenders competing each night including local stars and interstate guests including Clara Cupcakes, Ruby Slippers, Egson Ham, Rosie Rivette and Art Simone.

For details and tickets to Rumble, visit the Brisbane Powerhouse website.

Drag Race Down Under: Who will win the crown?

Drag Race Video RuCap: Etcetera on Scarlet: ‘It’s not my apology to take’