Brisbane Pride President Deeje Hancock said he was proud of Australia for the “yes” result and said he had been waiting a decade to pay tribute to the same-sex couples in the crowd who had wed.

“Today is really one of the biggest celebrations because it’s the first Pride after marriage equality,” he said.

“That was a major battle that our community won with help from our supporters and allies.

“But we have a long way to go. A change in the law hasn’t removed overnight the incidence of mental illness that is prevalent within our community.

“In regional areas, there are people who are very, very isolated and think they are alone. Members of our transgender community need our support and assistance.

“We need to continue to fight on, for all of them.”

The crowd also heard from local politicians and community figures before the march began at 11am, started by the roar of the Dykes on Bikes and the Brisbane Gay Riders. 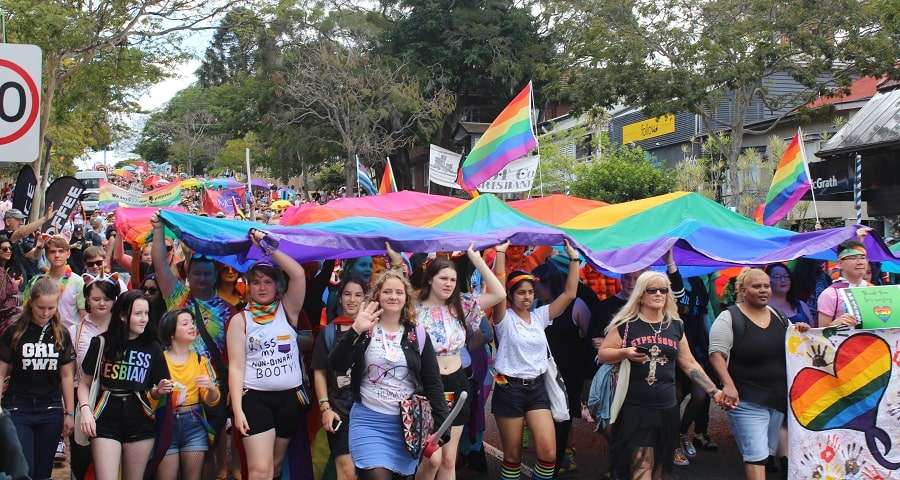 A group of half a dozen anti-gay religious protesters who walked ahead of the parade were drowned out by chants and music from the crowd as the march moved down Brunswick Street. 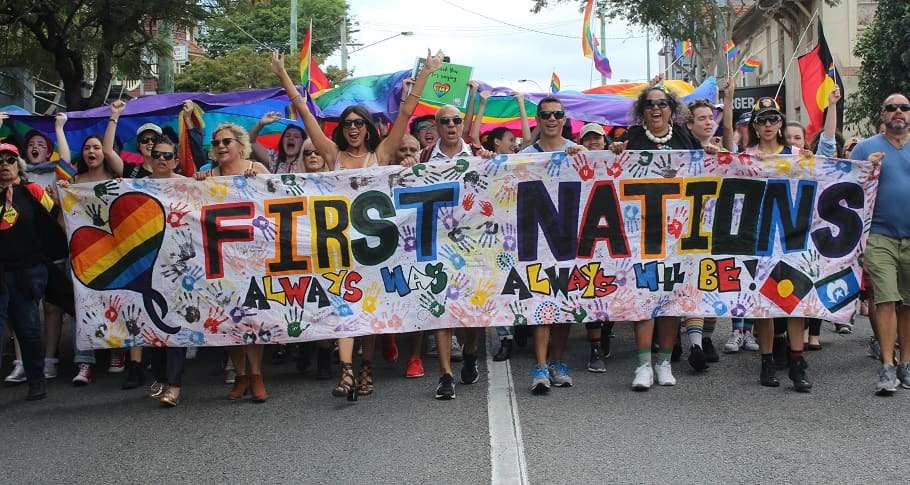 After the march, revellers gathered in New Farm Park at this year’s Pride Fair Day, headlined by Anthony Callea and The Voice Australia stars Sheldon Riley and Chrislyn Hamilton.

They were joined by a lineup of DJs, performers, local drag stars and dozens of community groups and businesses who set up stalls in the park.

Lessons from the Rainbow Isle: Rodney Croome on advocacy