A huge rainbow flag was unfurled on Brunswick Street above the crowd, made up of families, friends and pets, as well as LGBTIQ community groups, businesses and public servants.

The crowd heard from Brisbane Pride’s Deeje Hancock as well as local politicians and community leaders before the march began, kicked off by the roar of the Queensland Dykes on Bikes and the Brisbane Gay Riders.

Hancock read a message from Brisbane Pride President Bec Johnson, who is currently overseas working at the United Nations in Geneva.

Johnson urged all of Brisbane’s Pride revellers to “be proud of who you are and the values you represent.”

“As a community, we have worked hard to ensure we are visible and together in the fight for recognition and equality,” she said. 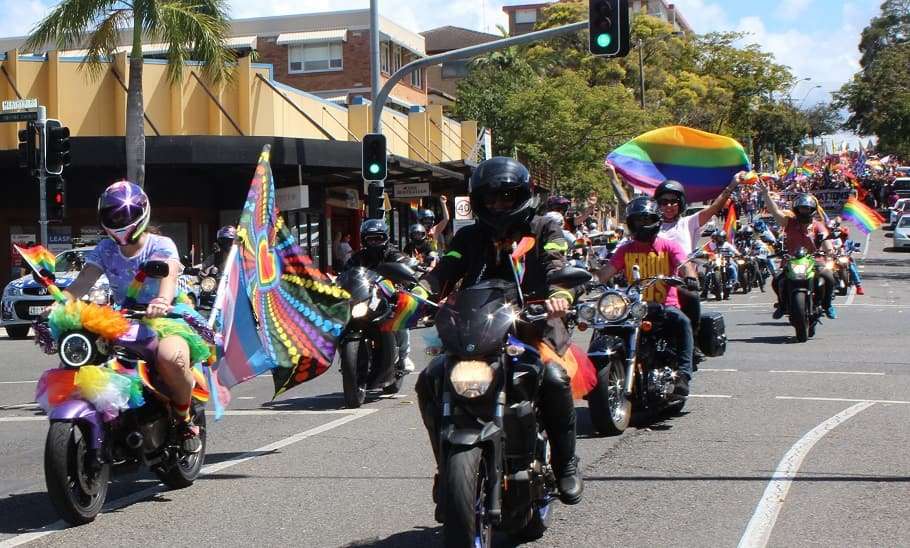 “Togetherness is a strength that builds the character of our communities.

“This year we encourage you all to ‘Take time for you’. Embrace Fair Day, the activities and the performances.

“Today is about you — your community, your allies, your families.”

Queensland AIDS Council President Peter Black also addressed the crowd, calling on the Queensland and federal governments to invest in a dedicated LGBTIQ Pride Centre for the state.

Writing for QNews.com.au, Black slammed the federal government’s “radical” religious freedom legislation for it impacts on the LGBTIQ community.

“When Australians voted ‘yes’ in 2017, they voted ‘yes’ to fairness and equality, not to more discrimination,” he said.

After the march, large crowds of revellers converged on New Farm Park to celebrate at this year’s Brisbane Pride Fair Day.

They were joined on multiple stages by a lineup of DJs, singers and local drag stars. Dozens of community groups and businesses also set up stalls in the park. 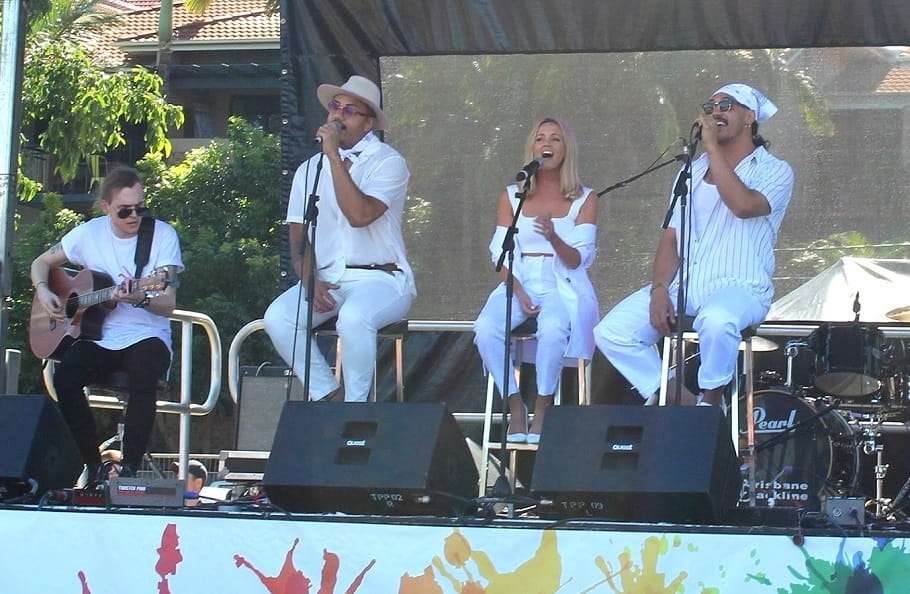 PHOTOS: Were you snapped at Brisbane Pride Festival’s Fair Day?

At our stall, the QNews team were excited to give away 250 IKEA rainbow pride bags to Fair Day revellers.

IKEA brought the rainbow-striped Kvanting bags to Australia in July.

If you missed out on one at our Fair Day stall, they are still available to purchase through the IKEA website here.