Thomas the beloved bisexual goose has been laid to rest at his home in Waikanae’s Waimanu Lagoon, north of Wellington.

White feathered Thomas, aged about 40, who spent about three decades in the lagoon, had a male black swan called Henry as his life-long mate.

They spent about 24 years together before a female black swan called Henrietta arrived at the lagoon and paired up with Henry.

Henry and Henrietta had dozens of cygnets together over six years while Thomas, who took the new relationship gracefully, acted as uncle to the young swans.

The trio — Thomas, Henry and Henrietta — were inseparable.

Thomas was buried in a tiny coffin next to Henry, who died in 2009.

At the funeral, a bagpiper led a procession of 60 mourners who were addressed by Kapiti Coast mayor K (Guru) Gurunathan. 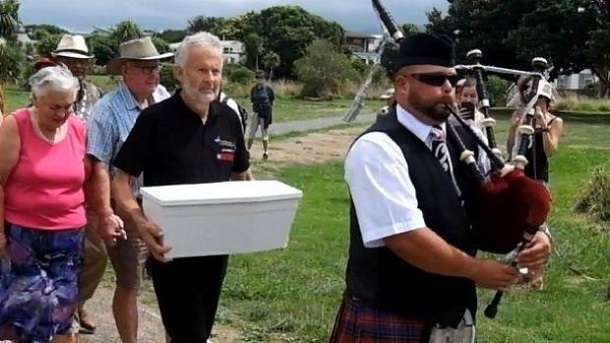 Funeral attendee Sue Lusk said Thomas was an important member of the community, and his life should be celebrated.

Lusk said a friend had been sceptical about the funeral, asking whether there weren’t more important issues in the world than holding a funeral for a goose.

“This was just very special, and it brought the community together, and it was a lovely story of good things,” she told Stuff. 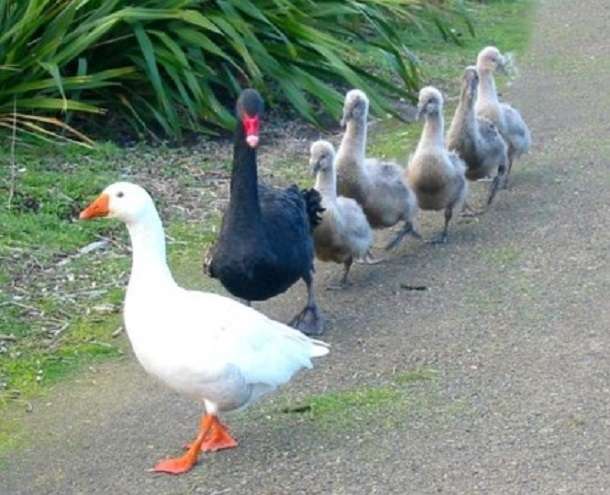 “As well as making other blind bird friends to spend his days with, Thomas helped foster a couple of broods of cygnets along the way,” the trust said.

“(That was) for nostalgic reasons and boy, did he do a good job.

“He lived for corn on the cob and if it wasn’t there when we put him back into his house at night, he was not happy.”

A headstone will be added to the grave to help remember Thomas.

Almost half of Australians say they wouldn’t date a bisexual