Nine prominent Brisbane landmarks will blaze with rainbow lights to commemorate this year’s International Day Against Homophobia, Biphobia and Transphobia (IDAHOT) on May 17.

The day raises awareness of discrimination and prejudice experienced by queer people. Events on the day spread messages of acceptance and inclusion.

The World Health Organization removed homosexuality from the International Classification of Diseases 17 May 1990.

In Brisbane, rainbow flags will fly from Brisbane City Hall as well as the state headquarters of Queensland Police Service. They will also fly at the Queensland Ambulance Service and Queensland Fire and Emergency Services.

In the evening, the Queensland Performing Arts Centre and also the Brisbane Powerhouse will light up in rainbow lights for the first time.

The Brisbane Powerhouse is also holding a free special event. The event features guest speakers and a memorial ceremony as the venue begins their annual queer arts festival MELT.

‘A day to break down divisions’

Walkers will catch the 6.02pm bus from Brisbane City Hall to travel to the Brisbane Powerhouse IDAHOT event. For more details, visit the Facebook page. 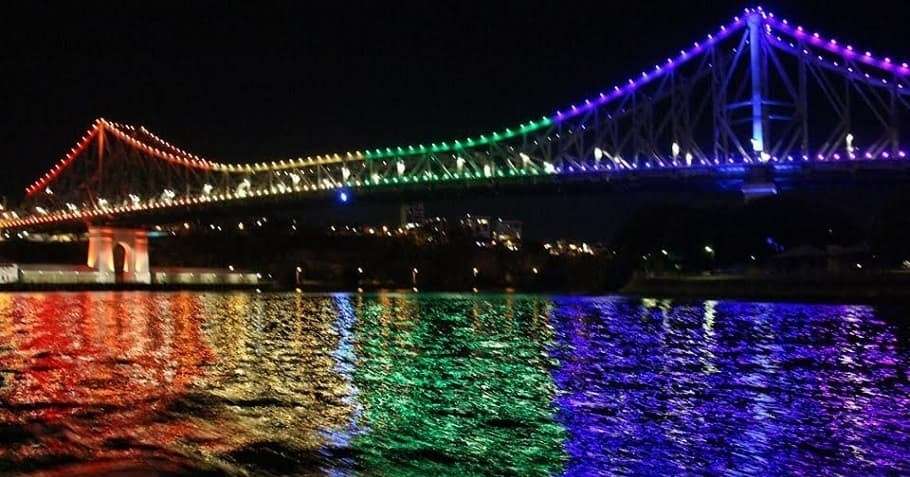 “There are many countries, including parts of the Middle East, Africa and Asia, where homosexual acts are illegal. In these countries a conviction leads to up to life imprisonment, and in some countries even the death penalty,” BLAG convenor Phil Browne said.

“Though homosexual acts are now legal in Australia, prejudice and discrimination still exists, resulting in a range of worse health and social outcomes for LGBTI people including alarming rates of mental health conditions and suicide rates.

“IDAHOT is a day to break down divisions and remember those who have died as a result of homophobia, biphobia and transphobia, either by their own hand, or by the actions of others.

“Together, lets make the world a better place.”

Other Offering by Jordan Azcune at Brisbane’s Toowong Cemetery

Egyptian activist dies: “To the world – you were cruel…”

Brisbane landmarks light up for IDAHOBIT 2020