Gay music legend Peter Allen’s regional hometown of Tenterfield will later this year hold an entire festival to celebrate its special relationship with the performer.

Allen was born in the northern New South Wales town in 1944, and rose to fame in the 1970s and 80s, becoming known for his flamboyant stage persona and lavish costumes. Several years after his death in 1992, the musical The Boy From Oz was written about his life.

Vince Sherry from the Tenterfield Chamber of Tourism, Industry and Business, said the festival will include a range of activities including music, theatre, dance and entertainment.

“Tenterfield has so much to be proud of… its history, its geography, its food and arts culture, and now it has the Peter Allen Festival,” he said.

“This has been something the community of Tenterfield has been wanting to do for a number of years and now it’s happening.”

Danny Elliott will headline the festival with his tribute show Tenterfield to Rio, with the performer singing and dancing his way through Allen’s classic songs.

The festival was recently launched with the support of the local council on the verandah of The Tenterfield Saddler, the historic building immortalised in the Peter Allen song of the same name. 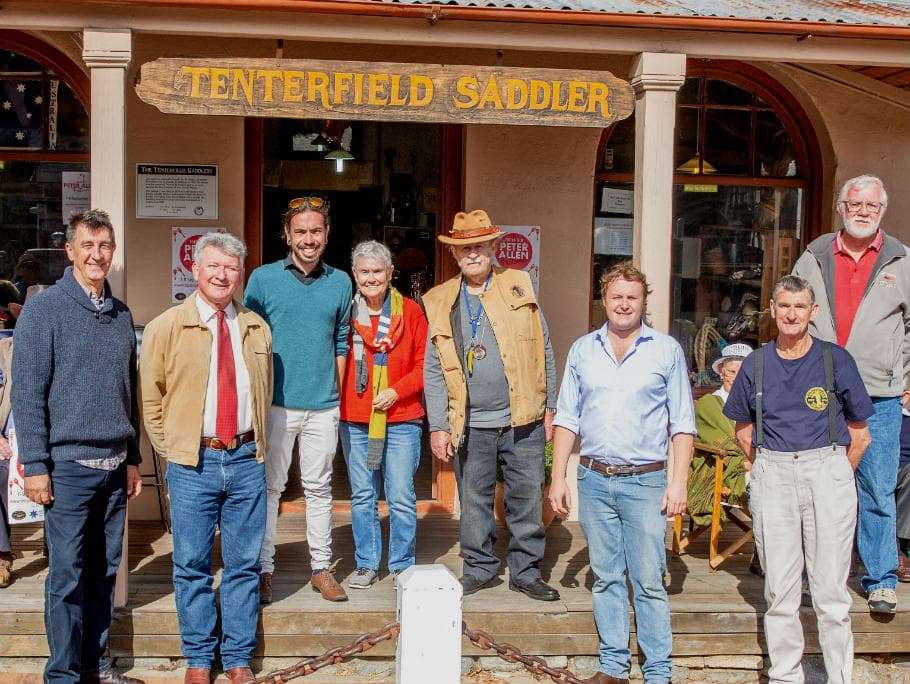 Young and old residents gathered on the steps of the Saddler to announce the official launch of the event, with tickets going on sale and preparations well underway for the festivities.

Sherry said fans coming to the festival will be encouraged to dress up as their idol, who was known for his trademark Hawaiian shirts.

“We will be holding singing competitions at the festival and we would love people to dress up in their best Peter Allen gear,” he said.

The town is looking forward to the influx of visitors coming to pay tribute to their hometown star and the transformation that will take place during the festival.

What is currently known as Rouse Street, will be transformed as it becomes Peter Allen Boulevard from 8am to 5pm on the Saturday of the festival.

The street will be filled with 180 market stalls, workshops and entertainment on the stages as the town comes alive festival.

The inaugural Peter Allen Festival will be held in Tenterfield, a three hour drive from Brisbane, on September 7 to 9. Tickets are on sale now on the festival’s website. For more on what to see and do in Tenterfield, click here.

Out Olympian Dominic Clarke gets standing ovation on The Voice