Back a few years ago, it seems we fixated on nude calendars.

The nude calendars proved an immediate hit, even more so when the players started flashing full frontal nudity in their ‘making of’ videos.

Although their glory days seem behind them, Dieux Du Stade recently released a 2020 nude calendar on Amazon and other outlets.

Pierre-Ange Carlotti, who photographed the latest ‘Gods of the Stadium’ calendar, said he’s gone back to basics with no retouching of faces or bodies.

However, the most famous male nude sporting calendar has to that of the Warwick Rowers. The sportsmen strip naked annually to raise funds to combat homophobia in sport.

While the early nude calendars displayed only what might be termed ‘tasteful nudity’, as the lads grew older, they also grew bolder, with glimpses of full-frontal nudity in their ‘making of’ vids.

We first covered a Warwick Rowers nude calendar online in 2015 with a video of the making of their calendar that year. We could barely wait for the next year to bring news — well, pics TBH — of the next calendar of the hottest men in rowing. Soon after, they released a striptease vid on Instagram. While they all possess very cutes arses, no doubt from all that rowing, strippers they are not. But who cares? They’re hot AF. YouTube initially banned the vid for that year’s calendar. But they later relented and we seized on the chance to post it.

By 2017, we eagerly anticipated the end of September and the rower’s latest publication. And we were not disappointed with the new one that year. The only person disappointed was Vladimir Putin who took one look at the hot nude men and banned the calendar. He thought it constituted homosexual propaganda.

Utter bullshit! Sure, there are nude men when we look closely. But, if anything, this nude calendar promoted umbrellas and an immaculately manicured lawn.

Other sporting teams also saw an opportunity to make a contribution to combating homophobia. The Perth Pythons put out their own calendar in 2018. Following the calendar, they too released a ‘making of’ vid.

Over the years, John Bortolin’s Manscapes series proved incredibly popular. John brought out the first book in 2015. He combines his admiration for the male body and for the lush landscape surrounding Byron Bay in photographs that celebrate both.

John moved on to producing calendars to raise funds in aid of men’s mental health. He said of the 2019 calendar, “The calendar is a tribute to some of my friends who have lost their lives to suicide.

“Sometimes we all need a reminder of how fabulous we are.”

Here is a behind the scenes look at Nicolas warming up before his Calendar shoot. Nicolas appears as Mr Febuary. Do you think I could make a whole calendar just of Nicolas. Purchase at https://t.co/cVEDJCVw8m pic.twitter.com/Hr1tMZ2FKq

For his 2020 calendar, John teamed up with the people from the television show Married at First Sight. One of the models later proved a very popular addition to an episode of Balls Out Bingo at Brisbane’s Sportsman Hotel. Billy Vincent stripped naked at the event to raise funds for the then Queensland AIDS Council, now Queensland Council for LGBTI Health.

We knew Jakipz was hot. And it seemed our readers agreed. No model ever attracted the same attention as this guy on our pages. He is of course very good looking… and extremely fit… and has a huge personality. And yes, by huge personality, we mean massive schlong.

Who wants to join me?

Like & retweet for a suprise gift in your DM’s 😉👅.

Not a fan of bullfighting, but definitely of matadors?

Opposed as we are to the blood sport of bullfighting, we somehow never noticed the appeal of matadors.

But goodness gracious me! There are no actually nude men here, but who cares?

FFS. The organisers could just send the bulls home and simply have these guys parade around a ring. I guarantee there’d be an audience for it. And afterwards, they could stage a ‘running of the bulls’… and see who gets impaled. 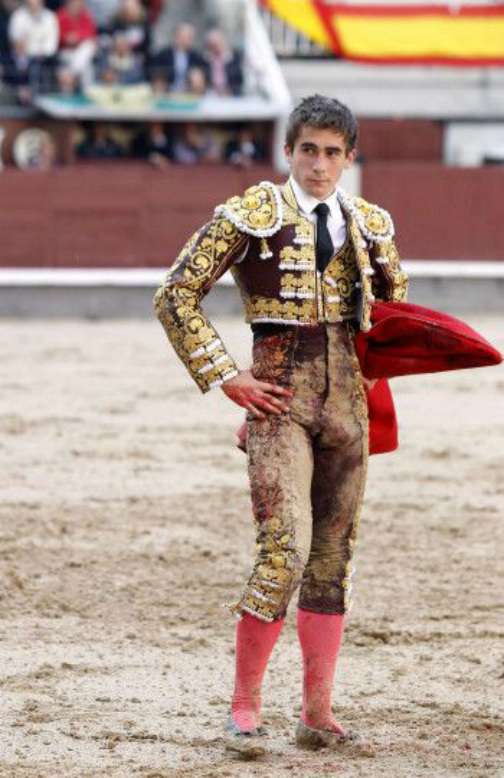 Just when you think the world can’t get any crazier, a story comes along to prove that batshit crazy has no bottom.

Last year, a woman waiting for her son to finish his swimming class, decided to wait… in the male change room. While in there she saw a naked man… and lodged a complaint. WTF.

Anyway, the event triggered the investigative reporter gene in us and we spent hours trawling Twitter for images of nude men in changing rooms. Somedays, this job sends you home exhausted and spent.

The annual awards pay homage to the lewdest, crudest, and also, most importantly, nudest scenes of the year from movies and television.

With the increasing acceptance of male nudity, awards for such are indeed a no-brainer. We all want to see people acknowledged for putting their best inches foot forward.

I think he wants my ass just soo much ! 🤫😜 what you think? @jameslovelyxxx pic.twitter.com/V83jFkPVpk

The latest of our camming articles focuses on exponents of the ancient art of autofellatio. What talented young men they are. The combination of an age-old art form and modern technology opens up so many wonderful career opportunities. Who dreamed that one day men could make a living sucking their own dick?

Although we can’t show images of autofellatio, here is a video of Reno Gold, a noted exponent of the art, displaying one of his myriad other talents, twisting on a pole.

Don’t miss the premiere of my YouTube video about my first time dancing in a strip club! 👉🏻 https://t.co/A323ljS6xa pic.twitter.com/FeteAm3OrT