By Olivia Murphy, University of Sydney

A documentary from the Smithsonian Institute, examining new DNA and physical anthropology evidence, suggests the famous cavalry officer Casimir Pulaski (1745-1779) might have been a woman, or intersex.

Casimir Pulaski is a hero of the struggles for Polish and American independence. He is credited with saving George Washington’s life in battle and with establishing the first American cavalry force.

According to the documentary, DNA testing has confirmed a female-appearing skeleton is indeed Pulaski’s.

This new evidence is the first hint that Casimir Pulaski – who seems to have lived as male from childhood – was anything other than a cisgendered man.

We may never know if Pulaski was intersex (that is, his body didn’t fit neatly into either male or female categories) and did not question his gender. Or if he was, in fact, born female but chose to live as a man.

In either case, Casimir Pulaski  would be the most senior military officer we know of to have female anatomical characteristics before the late 20th century. But he certainly wouldn’t have been the only one on the battlefield.

The history of intersex men and women is one that requires more research. The lives of intersex people have often been made invisible throughout history.

I hope that when more evidence comes to light Pulaski can be claimed as an inspirational intersex hero.

We know quite a bit, however, about women dressing as men and joining the military in the 18th and 19th centuries.

There were famous women such as the British marine Hannah Snell (c.1723-1792) who, disguising herself as James Gray, signed up to fight in Scotland against the Jacobite invasion of 1745. Snell was later wounded trying to capture a French colony in India.

After revealing her gender, she was granted a pension by the king and made a living performing military exercises on stage. She also briefly kept a pub called “The Female Warrior”. 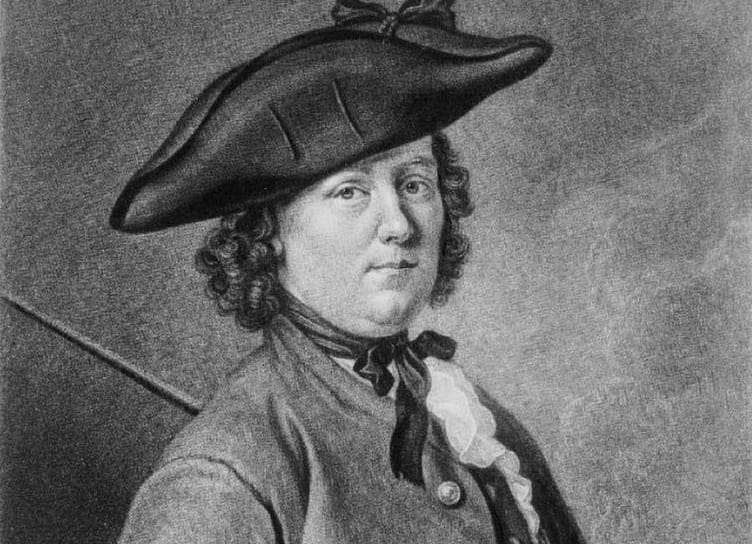 In contrast to Snell’s self-promoting confidence, the Anglo-Irish military physician James Barry (c.1789-1865) kept the secret of his female birth all his life.

Dressing as a man, Barry completed medical studies in Edinburgh and went on to have a long and distinguished career. Only after Barry’s death was his sex discovered.

“William Brown” was the name taken by a black woman from Edinburgh who served aboard HMS Queen Charlotte from 1804 until after 1816, through the end of the Napoleonic Wars.

She exhibited “all the traits of a British tar (slang for a sailor) and takes her grog with her messmates”, according to a contemporary report.

The discovery of Brown’s sex by her crew doesn’t seem to have interrupted her career: she re-enlisted on the same ship after news broke that she was female.

Then there is the story of Jeanne Baré, who was not a soldier, but became the first woman known to have circumnavigated the globe (1766-69).

She dressed in men’s clothes to work as an assistant to Philibert Comerçon (she may also have been Commerçon’s mistress), who was the botanist to French admiral and explorer Louis Antoine de Bougainville.

Baré was found out when the ships made it to Tahiti. While she had passed as a man with the crew, her disguise didn’t fool the Tahitians, who pointed her out to Bougainville.

Why would women disguise themselves as men and join the army and navy? One major reason was that men were paid far better than women.

For a working-class woman, despite the dangers of a military or naval career, the money might have looked too good to pass up.

There were prohibitions against women wearing men’s clothing in the period, but prosecutions were relatively rare. The army and the navy were desperate for recruits and tended not to inquire too closely.

As Snell’s career shows, being brazen about one’s cross-dressing adventures might be a ticket to a comfortable life.

Young women might also be inspired by the many popular ballads narrating the military and naval careers of cross-dressing women. One, The Ballad of Jack Monroe, exists in several surviving versions:

She went into the tailor shop
And dressed in men’s array,
And went into a vessel
To convey herself away.

For women as well as men, joining the army or navy might be a rare opportunity to see the world. For an adventurous spirit, living in disguise may have added to the excitement.

But for many of these cross-dressing adventurers, there must have been one further reason: they just felt more comfortable, more like themselves, fighting and living not only alongside men, but as men.

Olivia Murphy is a postdoctoral research fellow in English, University of Sydney. This article is republished from The Conversation under a Creative Commons license. Read the original article.

The sordid history of gender testing and the Olympic Games