In another example of an employer exploiting the JobKeeper wage subsidy, a hotel sacked a worker for refusing to work extra hours.

Emma Scealy worked front of house at Hobart’s Customs House Hotel for a year. In March, the hotel told staff it would determine which staff to keep during the coronavirus shutdown.

Management then told Scealy she could stay and receive the $750-a-week JobKeeper wage subsidy.

However, they also said in return they expected her to work 25 hours a week cleaning.

Emma told the ABC she never usually worked that many hours.

“I usually only work two or three shifts a week, so it would’ve been 10 to 15 hours more than my average.”

Scealy and four other front of house staff then asked if the extra hours were a requirement.

While none said they would refuse to clean, all five received a termination notice a few days later. That left Emma Scealy without an income.

“I’m not eligible for any government assistance so I now have no income. Luckily, I’ve got a bit of savings but… I’m running out of money fast.”

Customs House denied it sacked the five as a result of their questioning of the cleaning duties.

In April, the Commission received 65% more applications than the same time last year.

If you feel your boss is screwing you at work, don’t take it lying down. 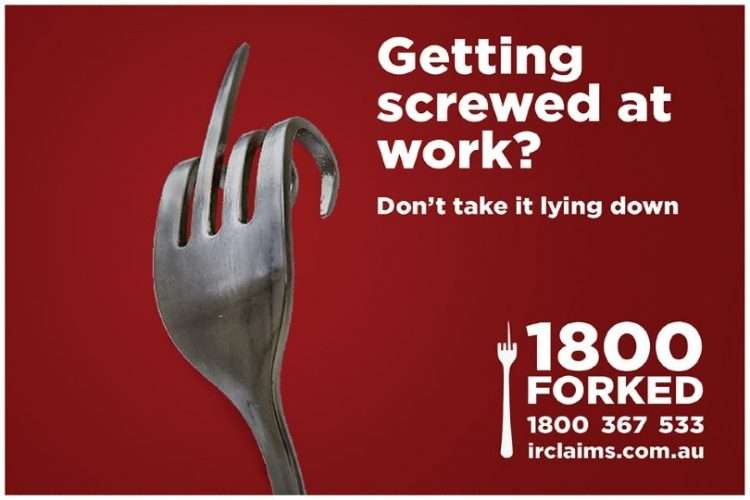 Half of LGBTIQ+ people face discrimination or exclusion in insurance