For too many of us in the LGBTIQ community, we know what it feels like to be mistreated because of who we are or who we love.

We know the humiliation and embarrassment that comes from having someone say that you don’t look or act like you ‘should’.

It doesn’t matter if it happens in the playground, a classroom, the workplace or on the street.

Discrimination strips away your confidence. It drags down on your resilience. It damages your sense of belonging.

This week, the UN Committee on the Elimination of Discrimination against Women handed down a damning report of Australia’s track record on women’s rights, including recommendations to better protect the rights of lesbian, gay, bisexual, trans, intersex and queer people.

Marriage equality and the introduction of federal anti-discrimination protections for LGBTIQ people are positive steps forward that we should celebrate. But we have not achieved LGBTIQ equality.

Australian governments have a responsibility under international law to better protect the fundamental human rights of LGBTIQ women and girls.

Ending discrimination and causes of violence

The UN criticised the Australian Government for the high rates of discrimination and violence LGBTIQ people face, and the staggering rates of self-harm and suicide this causes.

Children need inclusive learning environments and curriculum to concentrate in class and reach their full potential. Patients need medical professionals to treat them with dignity and respect to have confidence that they’re receiving high quality healthcare.

The UN highlighted the “harmful practice” of medically unnecessary surgeries on intersex infants and children – being performed right now in Australian hospitals. This should never be done before someone is old enough to provide free, prior and informed consent.

Every single one of us has a right to decide what happens to our own body. Yet intersex people’s voices have too often been ignored.

The UN called on the Australian Government to implement the recommendations of the 2013 Senate inquiry on involuntary or coerced sterilisation of intersex people, and adopt legislation prohibiting unnecessary medical treatment on intersex children. For 5 long years, there has been no real action from the Senate inquiry to protect intersex people’s rights to bodily integrity and autonomy.

Law reform on its own is not enough. We need our governments to provide adequate counselling and support for families, an apology and compensation for intersex people whose human rights have been violated. 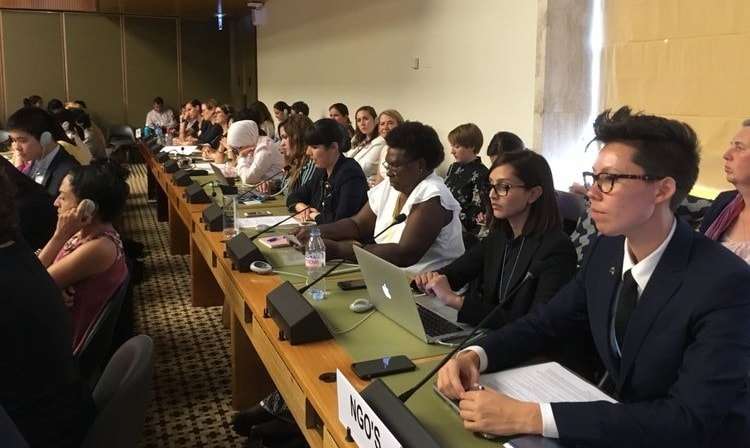 This week, the UN called on Australian governments to abolish unnecessary legal barriers to changing your legal gender. The UN is spot on – this is about the right to bodily integrity, autonomy and self-determination.

Everyone deserves to have ID that reflects their identity. A birth certificate is the first document you ever receive. It says who you are, who you’re related to, and where you belong.

There may come a time when our society recognises that our ID doesn’t need to record gender. But until that happens, being forced to use ID that doesn’t match your identity creates daily problems for trans and gender diverse people when applying for a job, going to Centrelink or enrolling to study.

The Australian Government has a responsibility to implement the UN’s recommendations and report back in 4 years. In that time, we can’t let the Turnbull Government ignore the rights of LGBTIQ people. The No campaign’s attacks on the LGBTIQ community during the marriage equality campaign reminded us of the devastating impact of discrimination, and our responsibility to do everything we can to fight against this prejudice.

Lee Carnie is a senior lawyer with the Human Rights Law Centre, and appeared before the Committee on the Elimination of Discrimination against Women’s review of Australia at the United Nations in Geneva in July.

‘My ID, My Identity’ Campaign Launched To Call For Transgender Law Reform