A Tasmanian man is crowdfunding to raise money to help preserve his home state’s queer history.

Robert Thompson said his involvement in the queer community spanned forty years and he began the GoFundMe campaign to help him document Tasmania’s queer scene, particularly during the 1940’s, 50’s and 60’s.

“The focus on much Tasmanian and indeed broader Australian LGBTI history, has focused on activism post-1970, from the gay liberation period onwards, and in particular in Tasmania on decriminalisation and marriage equality,” Thompson said.

“However, Tasmania’s LGBTI and in particular ‘camp’ history goes back much further – the bars and the beats, the private parties and social circles of the period up to the 1960’s will be a key focus on this project.”

Thompson told the Star Observer that most of the participants in the underground gay scene in decades gone by would have gone home to families and children of their own.

“As a consequence of the remoteness of the various settlements here, there was and probably still is a wide underground gay life, with informal social groups and venues,” he said.

“These flourished in even the most ‘redneck’ towns and their existence and activities will be lost forever if those still living do not record their experiences.

“I’m hoping to research and document the venues of the time – the hotels friendly to gay gatherings, meeting places, race meetings, fox hunts – the point is to outline and record a very valid and colourful vein of Tasmanian social history.” 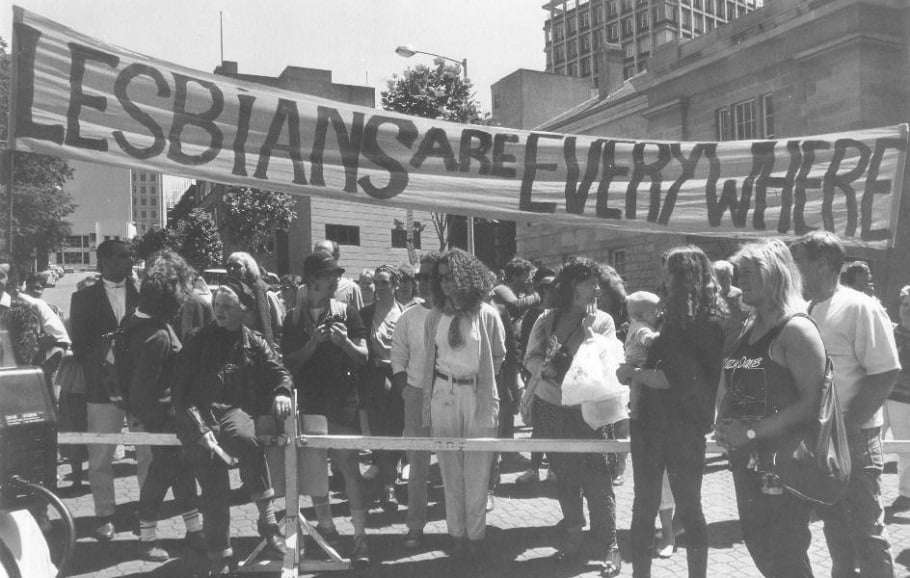 Thompson has so far raised over $200 of his $1,000 target, and says the donations will help pay for archive-quality digital recorders and cameras for the purpose of oral history work and help pay for transport and accommodation around the state.

He said written recollections and any other relevant material will also be accepted for the project. Copies of the material will then be lodged with interested archives, including the Australian Lesbian and Gay Archives (ALGA) in Melbourne.

“We look forward to the extension of our important existing Tasmanian collections to ensure a broader and deeper coverage of oral history recordings focusing on Tasmania, and extending the ability to support research into Tasmanian queer history in the future,” he said.

Gay victims must be remembered in Australia’s new Holocaust museums