Former Survivor contestant Ozzy Lusth, who has since gone on to launch a career on OnlyFans has come out as bisexual.

The four-time contestant and fan favourite of the show took to Twitter to make the announcement.

And he’s certainly getting a lot of attention.

Ozzy Lusth first appeared on Survivor in 2006 as part of the controversial Cook Islands season.

Since then he has appeared as a contestant on the program four times.

Ozzy made an impression with many viewers, not only for his abilities but his looks.

Evidently, this was something he decided to cash in on.

In 2021 with his fourth run in the competition behind him Ozzy decided to launch an OnlyFans account.

“It took me about a year and a half to make the decision” he later said in an interview.

“I think that some of the biggest problems we have when it comes to sex is that we just don’t talk about it. It’s so taboo.”

And for my Republican Colleagues, and anyone else who matters, Yeah I’m Bisexual.

Am I committing crimes??
If so come get me. Let us ALL live with dignity.

Ask yourself if you support people, or the fucked dogma you’ve been fed. #ozzyisBi

Reactions ranged from shock, lust and outrage, with many thinking he had been hacked.

Ozzy has continued to be unashamed with his content and his opinions.

This week Ozzy has made another announcement, coming out as bisexual publicly on Twitter.

Given some of his recent OnlyFans content, it may come as no surprise that the star has been exploring his sexuality.

However, given his conservative views, it appears he was more concerned about how those fans would receive the news.

But reactions online were overwhelming positive.

Including former Survivor contestant Donathan Hurley who was quick to tweet. 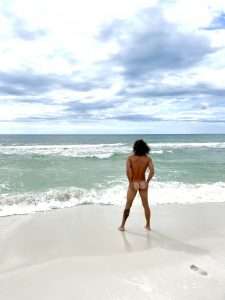 The first Survivor season Ozzy Lusth appeared in was arguably the most controversial.

Beginning with four tribes divided based on race Survivor: Cook Islands caused quite a stir.

The division was in response to criticism of the shows casting, which has now changed significantly.

Representing the Latino community Ozzy went on to become a challenge powerhouse in the game.

He successfully managed to make his way to the final three where he lost to eventual winner Yul Kown in a 4 – 5- 0 vote.

Ozzy returned again for season 16, Survivor: Fans Vs Favourites where he competed in a team of returning players against new players.

Unfortunately, he was unable to replicate his previous success and he was blindsided out of the came finishing in 9th place.

Seven seasons later he returned again for Survivor: South Pacific where he placed 4th but won the $100,000 player of the season prize.

It would be nine years until Ozzy returned to Survivor again for season 34, Survivor: Game Changers.

During his time on this season, he was present at the controversial tribal council where Zeke Smith was outed as transgender.

Ultimately he placed 12th however made the jury again.

He still remains an iconic part of the show’s history with his records for challenge wins and times competing on the show making their mark.

Check out the best of Ozzy Lusth on Survivor below.

US Survivor debuts queerest cast ever for season 42