LGBTIQ families from all over Queensland will meet next month for the relaunch of Rainbow Families Queensland after a two-year hiatus.

The organisation will hold social events, an annual camping trip, and fertility information sessions for the community, as well as coordinate monthly get-togethers in both Brisbane and across regional Queensland.

And Rainbow Families Queensland will also take on an important advocacy role, representing LGBTIQ families in Queensland regarding legislative reform and educational resources.

“Having an umbrella organisation representing rainbow families in Queensland is important to protect and advance our rights, educate the wider community about different kinds of families, and to create a social network,” the group’s convenor Holly Zwalf said.

“Bringing us all together as a group gives us more resilience and helps build a sense of wider community that has previously been missing from Queensland.”

The relaunch event will be held on July 22 from 10am until 1pm at the East Brisbane Bowls Club, and there’ll be something for kids of all ages.

Brisbane performer Carmen Taykett (pictured, below) will head Drag Storytime, reading Todd Parr’s The Family Book, which celebrates everything from two dads and two mums through to solo parents, adoptive parents, and grandparents, and Introducing Teddy, about a teddy who comes out as transgender.

Jabiru Community, Youth and Children’s Services Association is running a craft station where everyone can get messy and creative.

Clown, acrobat, and rainbow parent Phoebe Manning will be teaching the kids how to hula hoop, juggle, plate spin and acro-balance in the circus play space.

And for the younger children there’ll be a ukulele singalong cushion corner. 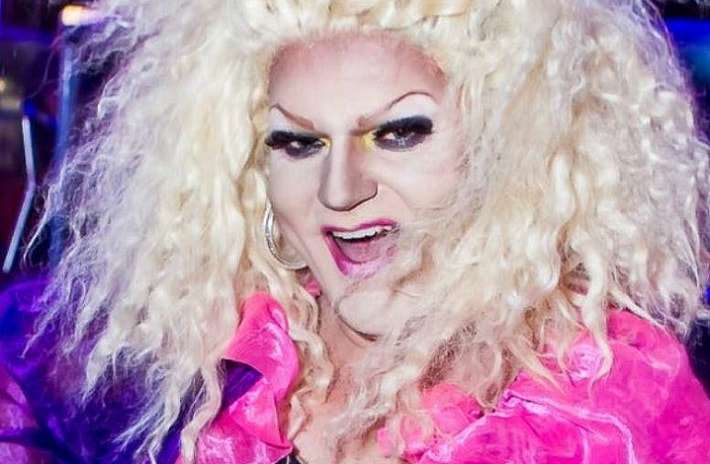 Attendees will also have a chance to add a rainbow ribbon to artist Cath Johnston’s “Rainbow Love” sculpture, which was created to advocate for same-sex marriage. The piece has toured regional Victoria and is now in its new home in Queensland.

Regional groups across the state will also be celebrating that same day, with community picnics planned in areas from Cairns through to Mackay and the Fraser Coast.

“We want our kids to feel they a part of something special,” Zwalf said.

“Being a part of a rainbow family is something to celebrate.”

Rainbow Families QLD are also in the process of establishing two weekly playgroups in Brisbane, one northside and one southside, as well as a playgroup on the Sunshine Coast, in conjunction with Accessible Playgroups Qld.

There are also plans to start groups on the Gold Coast, Ipswich, and Toowoomba in the near future.

To find out more about Rainbow Families Queensland’s events and how you can get involved, like the Facebook page here or get in touch with convener Holly Zwalf at admin@rainbowfamiliesqld.org.