Three more legendary Queensland performers have been inducted into the Sportsman Hotel’s Drag Hall of Fame.

Every year, the Brisbane venue bestows the honour on local drag queens and showgirls, recognising their contribution to the state’s drag culture and LGBTIQ community.

Accepting her honour, legendary showgirl Hazel LaBelle (pictured above, centre) said she started performing in the mid-1960s and reflected on her long career.

“For 40 years nothing gave me more joy than to be on the stage and entertaining all of you,” she said.

“As I look back, I feel very proud to be part of such incredible shows as the Johnny Moselle Revue, Gold Coast Les Girls, Les Coquettes, East Coast Connection and Alternate Image.

“As proud as I am of my past, I can honestly say that nothing has humbled me as much as this honour. 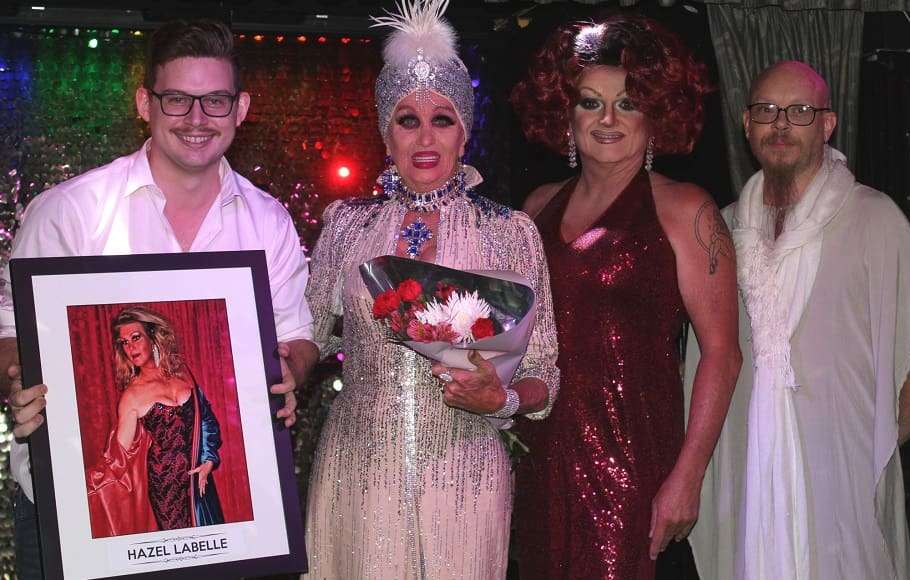 “I want to thank Neil [McLucas] and the Sportsman Hotel crew, for tonight and always looking after me so damn well.”

Hazel also paid tribute to her close friend and fellow performer, the “irreplaceable” Bambi Sheridan, who passed away this week.

“Goodbye my darling, time to hang up the heels and rest now,” she said.

Hazel continued, “Thank you to all of the venue owners and performers who made my career such a fun and crazy ride. I thank you all, and I love you all. Good night, and play safe.”

“It was big shoes to fill but I was so honoured. After that she asked me to join Foxymorons with her,” Martini said.

“She is a legend and she’s been very kind to me personally and professionally over the years. I couldn’t think of anyone more worthy of this.”

Tara thanked the audience “for allowing me to keep doing this foolishness that I so richly enjoy.” 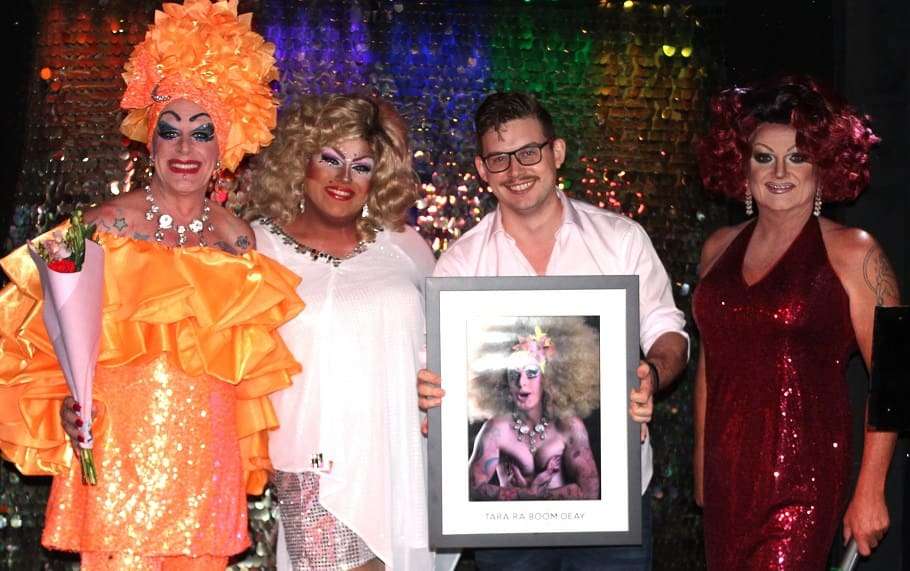 Host Wanda D’Parke paid tribute to the third inductee Sue Wridge (pictured below centre), who took part in “some of the campest shows in Sporties history.”

Sue explained she started the outrageous character “because I was tired of seeing the beautiful, young, skinny drag queens on stage.”

“I thought I’d come out one night with black teeth, a long, straight wig and a kaftan,” Sue explained.

Sue dedicated her Hall of Fame to her late partner, who sadly passed away from cancer last year. The Sportsman Hotel immortalises every member of the Drag Hall of Fame on the Lounge Bar wall.

Host Wanda D’Parke said, “The Hall of Fame is not a competition, you don’t audition for it. It’s decided by an independent group of people in the industry here in Brisbane.

“The honour is based not only on what the performers bring to the stage. But also how they treat their audience and their charity work and other contributions to the community.”

In late 2019, the Sportsman Hotel also inducted Queensland drag star Candy Surprise. And then performers Malika and and Ella Va’lay in January 2020.