Sue Bird and Megan Rapinoe were “honoured” to be the first same-sex couple to grace the cover of ESPN magazine’s annual Body Issue.

“It’s important for people to come out. Visibility is important,” Rapinoe, 32, told ESPN’s Jemele Hill in an interview this week.

“It’s important for there to be a first one on the cover (of the body issue), or whatever. Just in terms of the culture and society, someone has to do it.”

Rapinoe, a forward for the US women’s national soccer team, and Bird, 37, a point guard for the Seattle Storm, made their relationship public last year.

“I think neither of us really wants to just do things and be like, ‘We’re the gay couple,’” Rapinoe said. “But to have this really unique vehicle to actually do that, to celebrate who we are in our sport, but also the fact that we’ll be the first gay couple, is pretty special.

“It’s pretty amazing to think about, especially in the times we’re in. Just think of how far we’ve come, but also the current climate and defiance in the face of that. Not only are we female athletes, but we’re dating as well. It’s kind of badass.” 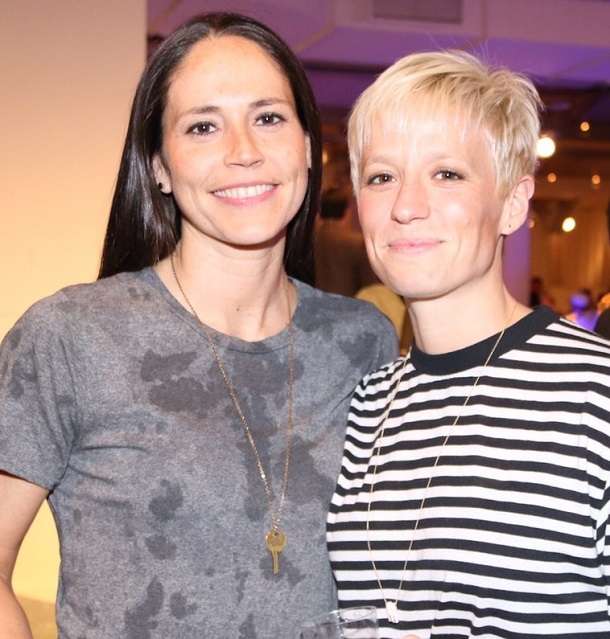 While Rapinoe has been an outspoken LGBT activist since she came out publicly in 2012, Bird acknowledged that she had long avoided speaking out about her sexuality. She had told family and friends that she was a lesbian in 2002 — the year she was named the No. 1 pick in the WNBA draft — but as she explained to ESPN, “that’s not the same as coming out.”

“Being around Megan, I learned that,” said Bird. “After I came out, just seeing the reactions, having people come up to me directly. I think there’s just something really powerful about that.

“The way I see it is more how you want to change the conversation or change the narrative of things,” she said. “I think having a gay couple on (the cover), hopefully it just becomes the norm.

“You want it to not be an issue. You want it to just be, ‘Oh, another couple is on there.’ You know, I think for us to be on it is the first step in that direction.”