Hold on to your teacups darling, because RuPaul’s Drag Race UK has finally debuted on screen.

The show premiered in Australia this morning on Stan and honey, we’re gagging for more.

From silicon lips to Baga Chipz, Drag Race UK is looking to be a fierce and refreshing take on the reality TV show.

If you haven’t seen the show’s first episode yet, click away now.

Because below is a list of some of the most iconic moments from RU-K’s first episode.

This self-confessed trollop had us in stitches from the moment she stepped into the Drag Race werkroom.

Known in the drag community for ‘being a bit of a gobshite’, Baga Chipz is looking to be the sassy comedy queen of the season.

We’re so excited to see where her gob takes us. Grab your shots darling because Cheryl Hole might have just started a new tradition on Drag Race UK.

All ten queens chinking glasses to ‘up your bum, no babies’ was a hilariously iconic moment from this first episode.

We know what we’ll be saying at our next event. Sorry what’s that? We can’t say ‘up your bum’ at corporate gatherings? 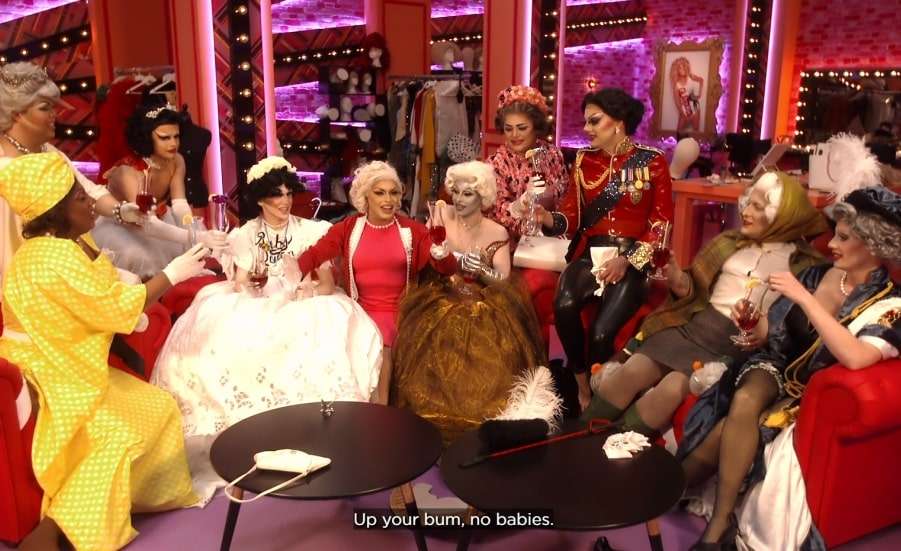 The cast was gagged when Scaredy Kat revealed he has a girlfriend back home.

Yes, you read that right. Scaredy Kat is not gay.

His girlfriend is a bio-queen and encouraged his transition into drag.

The rest is herstory, darling. This Drag Race UK lewk gets our stamp of approval.

Sum Ting Wong’s Queen Elizabeth might outlive Her Majesty herself.

Serving wit and uniqueness, we can’t wait to see more of what Sum Ting Wong has to offer. 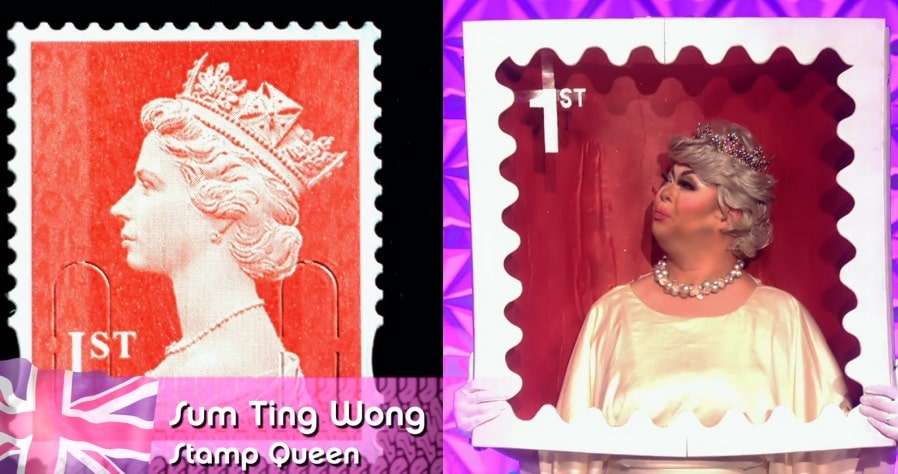 Clip on veneers are a thing? I’m not sure if that’s gross, or a stroke of genius.

Either way, the Drag Race UK queens were shook when The Vivienne unclipped her pearly whites for everyone to see.

Do you just like carry them around in your pocket, bleach them, keep them in a glass of water beside your bed?

We’re going to need to do more research on this. And of course, the shadiest comments came from Mr Alan Carr.

His comparison of Gothy Kendoll’s hometown lewk to a realtor visiting the zoo had the judging panel (and us) in stitches.

“She looks like an estate agents that’s gone to Regent’s Park Zoo, and said ‘can you face-paint me face for 50p.'” RuPaul’s Drag Race UK is available to stream every Friday.