A vigil in Brisbane last weekend to mark the Transgender Day of Remembrance has honoured the memory of slain Filipina trans woman Mhelody Polan Bruno.

Mhelody Polan Bruno died in regional New South Wales in September. The 25-year-old was due to return home to the Philippines just days after police found her unresponsive at a Wagga Wagga unit.

Emergency services took her to hospital but Mhelody died the following day. NSW police later charged a 31-year-old man – who was known to Mhelody – with manslaughter. Police released the man on bail and he will face Wagga Local Court in January.

One speaker said Mhelody Polan Bruno “deserved to live her life, not to become a victim.

“The human rights of transgender people are not political opinion, they are inalienable.

“We know that transgender women of colour are most at risk [of violence]. Misogyny and racism are influencers in the loss of these lives.”

The vigil also heard from talented Brisbane performer Ella Ganza. Ella founded the performance collective Runway Movement, made up of many LGBTIQ performers of colour.

Ella made a powerful call to action with a poem about violence against transgender people, specifically trans women of colour.

“Will we ever be rid of the trauma? Do we ever reach acceptance?” she said.

“Why not now? When will this day come? How will it happen? Who?

“The answer is you. Help us, liberate us, stand with us.

“Our sisterhood is how we trans women have survived through the years. But the question is, do you accept us as part of your sisterhood?” 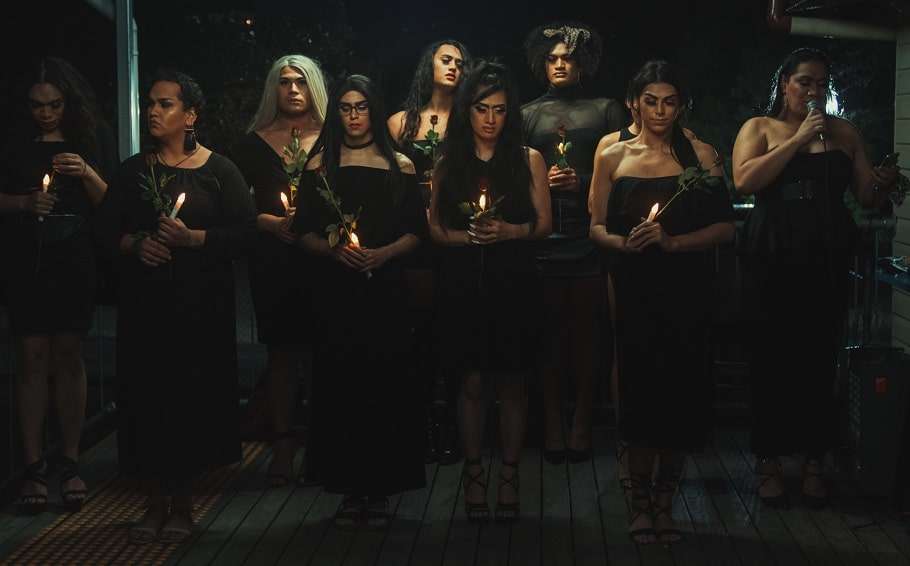 At least 330 trans people murdered in the past 12 months

The Transgender Day of Remembrance began in United States in 1999 to honour the memory of Rita Hester, murdered the previous year in Boston.

Now every year on November 20, the day honours the memory of the trans lives lost to acts of transphobia and discrimination.

A report released this month by Transrespect versus Transphobia Worldwide documented at least 331 transgender and gender diverse people killed in the past year.

The majority of the murders occurred in Brazil, totalling 130. Mexico had 63, the United States 30 and nine lives were lost across Europe.

In many countries around the world, trans people face disproportionate rates of violence. However the true number of lives lost each year is unknown, due to lack of data.

“The increase in transphobic violence globally calls everyone to action to fight for rights,” Johnny Valkyrie said.

“We are your neighbours, colleagues, friends and family. We are human.”