WATCH: First trailer for RuPaul’s Drag Race Down Under is here

Supposedly “heterosexual” cinema, i.e. films aimed at the man’s man and the dudebro culture has a lot to answer for.

Whilst more likely an intentional component of today’s cinema, the films of the 1980s and 1990s were another beast altogether.

AIDS awareness was only just starting, homosexuality was widely misunderstood, and the distinct fashion of the time mixed with a sense of ultra-machismo that was projected by the action staples of the times resulted in an unintentional sense of gay abandon on-screen.

Let’s begin with a recent example…

A cast of overtly muscular men in leather speedos (pictured above) thrusting and plunging weapons into one another?

An 8-foot androgynous God whispering into another man’s ear from behind “Bow down to me”?

Michael Fassbender in a teeny toga? If you haven’t witnessed this eye candy parade for yourself, now’s the time!

Top Gun is undoubtedly one of the quintessential examples of homoerotic Hollywood cinema.

With not so much as a woman in sight, Tom Cruise and co. are scantily clad and dripping in sweat diving into the sand, all to the sounds of Kenny Loggins’ ‘Playing with the Boys’.

Here’s hoping next year’s sequel delivers something equally as titillating. 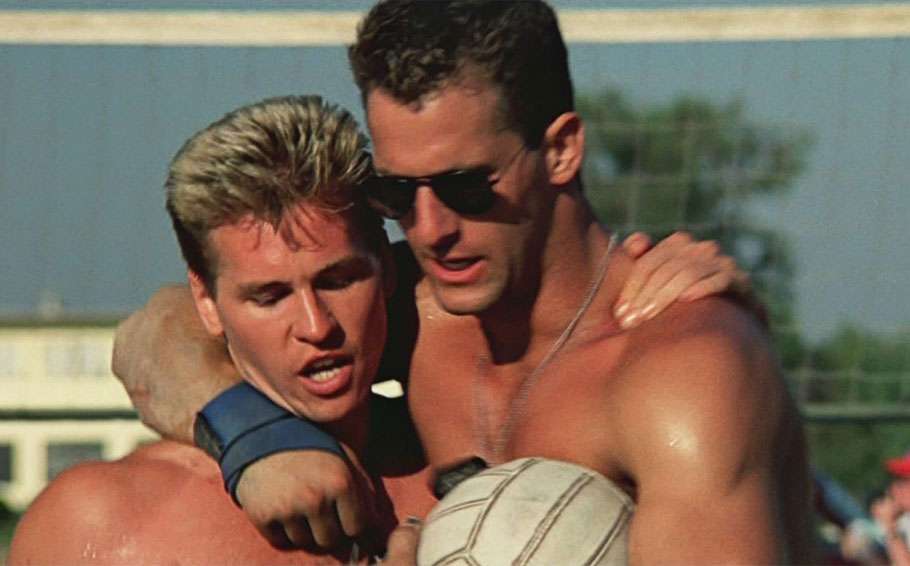 DON’T DROP THE SOAP. OR DO.

It comes following a soap pick-up moment that seems to spur on conversations of hypermasculinity.

In something of an ironic twist, the eventual chatter between the two leads to something more serious. This only leans the scene further towards the bromantic undertones it was probably hoping to avoid.

Sidenote: 1980s-era Kurt Russell can get it! CARE FOR A CODPIECE?

Nipples and codpieces, oh my!

A trashy, unapologetically campy misfire of an action movie but a glorious exercise in all things queer, director Joel Schumacher’s decision to adorn his leading Batman and Robin with over-accentuated bodily features both the reason George Clooney despises his work here and further confirmed that Chris O’Donnell was the original “Best Chris”. 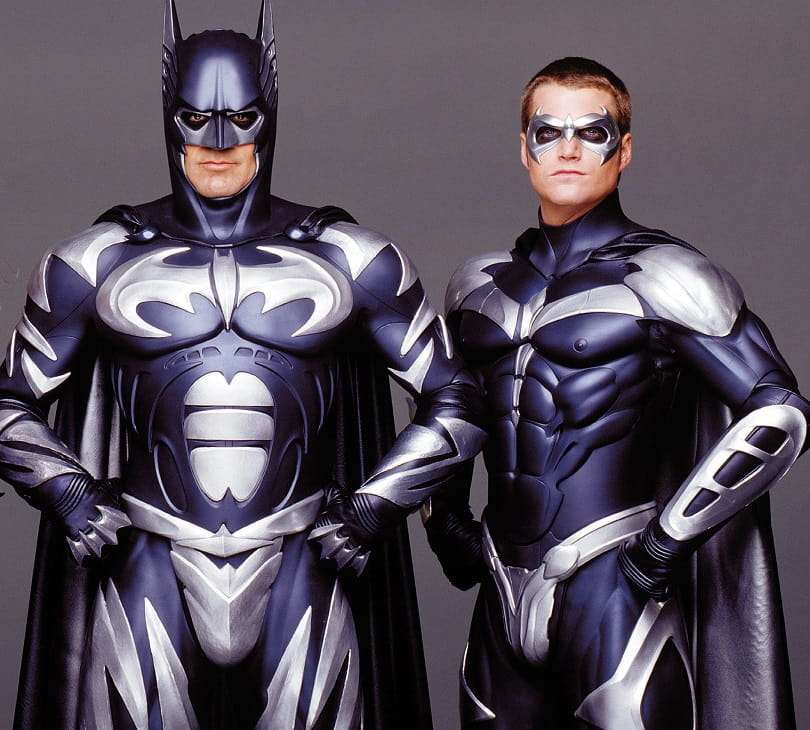 Now I know the first rule of ‘Fight Club’ is not to talk about Fight Club.

But… a bunch of everyday men meeting in secret to get physical in a manner that society doesn’t understand certainly lends itself to a homoerotic undertone of something far more complex.

You can’t dismiss the parallels between these actions and that of the Stonewall riots – the men of Fight Club ultimately revolt too.

And Brad Pitt (arguably at the peak of his raw sexuality here) utters the sentence “We’re a generation of men raised by women. I’m wondering if another woman is really the answer we need,” to a bandaged Edward Norton. This similarly evokes suggestions of gay subtext that their characters are a manifestation of a gay man and his internal struggle to self-accept. Showdown in Little Tokyo features one of the most bizarre dialogue additions to a mainstream action script you’re likely to hear. The movie defies all explanation as to why Brandon Lee (RIP) would compliment the size of Dolph Lundgren’s tackle just as they’re about to showdown (how appropriate).

The obligatory butt shot is there, as is the questionable fashion of the time. Lundgren squeezes his pert behind into a pair of tiny shorts, because, obviously.

But it’s Lee stating, “Just in case we get killed, I’ve been wanting to tell you… you have the biggest d*ck I’ve ever seen on a man,” that truly cements this scene in homoerotic infamy.

Whether Dolph needed an endowment boost, sweet Brandon was genuinely taken aback, or the screenwriter was having a field day, we’ll never know, but the film is all the better for it. 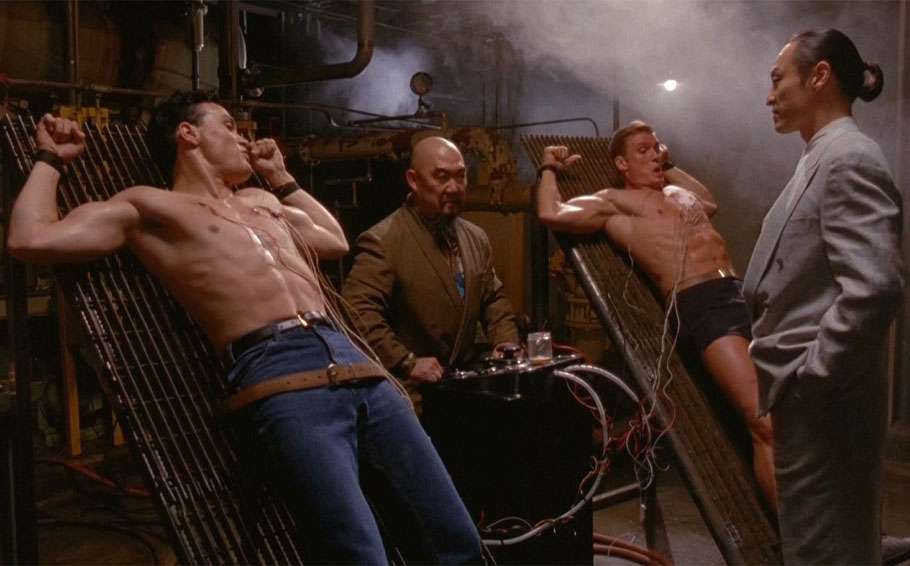