Sir Elton John says he told Tina Turner to “stick your f***ing song up your arse.” The Sun reports that Elton shares this and other incidents in his autobiography Me due for release this week.

According to the report, Tina Turner criticised everything from his hair to the colour of his piano when they planned a joint tour in 1997.

Eventually, during a raging argument over her song Proud Mary, Elton told the superstar to “stick your f***ing song up your arse” and the tour never proceeded.

He says he and the American superstar later reconciled.

The Sun describes the memoire as ‘brutally honest’.

Elton John also fell out with Princess Diana only to later reconcile according to the book.

He writes that the princess agreed to write a foreword to a book designed to raise funds for his AIDS foundation. However, at the last minute, she reneged. The book featured photos of near-nude men photographed by fashion designer Gianni Versace.

Elton and Diana later reconciled when they attended Versace’s funeral. Only months later, Elton sang at Diana’s funeral after she died in a car accident. 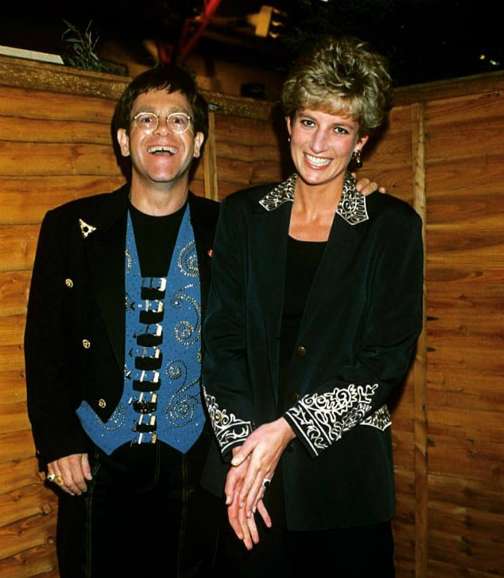 Elton John writes in the book that Elizabeth Taylor exerted her considerable charm on him in pursuit of his expensive jewellery.

It comes as no surprise that Ms. Taylor liked expensive jewellery. She famously amassed a trove of the world’s most famous gemstones from her various paramours.

But now according to Sir Elton, she also attempted to hoover up gay men’s baubles.

Of course, Elizabeth Taylor was not the only Elizabeth with a thirst for jewellery Elton John rubbed shoulders with.

The Daily Mail reports that Elton shares a story of the British queen slapping her nephew at a party he attended.

When Viscount Linley ignored the queen’s suggestion he check on his sick sister, Elton says she cheekily slapped him.

Seems THE Queen ain’t much different to other queens. Sounds not unlike an episode of RuPaul’s Untucked.

One only hopes we hear a similar story of her present dealings with Boris Johnson in years to come.

After Elton Barbie sells out, Sir Elton santas up for Christmas