An extremely happy congregation of friends and family filled Fortitude Valley’s beautiful High Church on Brunswick Street for the ceremony. During the ceremony, Gordon, the son of the two new husbands, presided over part of the formalities. Community personality Farmer Dave Graham also officiated.

The event was particularly special in light of Michael’s strong activism during the battle for marriage equality.

Later, Michael James shared with QNews Magazine the excitement of “finally celebrating our relationship in front of our family and friends”.

“After 15 years together, it was the perfect day. We look forward to everyone in our community having the opportunity to celebrate their relationship with the people that make them happy.”

Previously, in 2018, Michael appeared in his role as a proud gay dad on a special Father’s Day edition of game show The Chase. 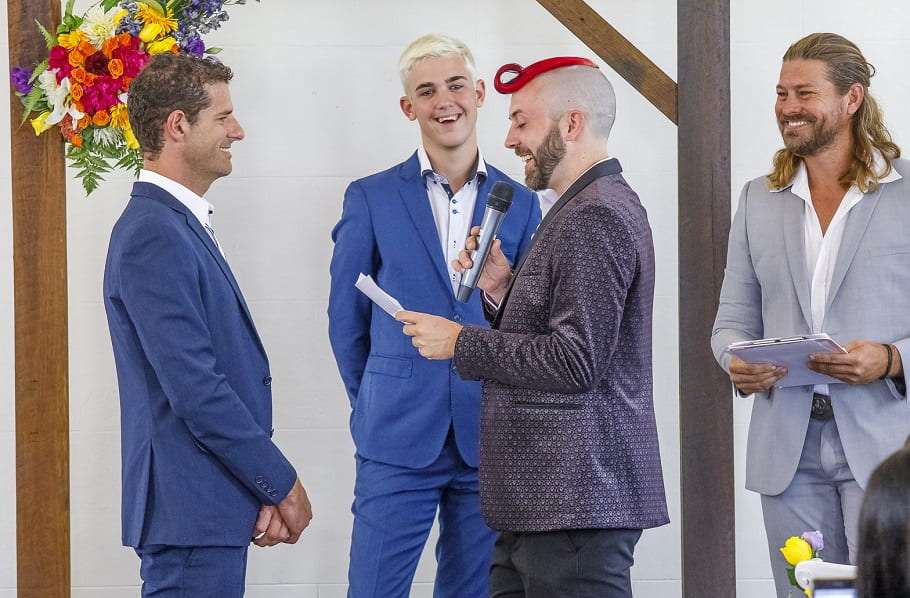 Much to the delight of watching members of the LGBTIQ community Australia-wide, Michael was a member of a winning team.

Michael James and Anthony Gillespie are best known for their role in the now infamous “Rip & Roll” sexual health campaign in 2011 which saw them thrust into the spotlight as community activists. 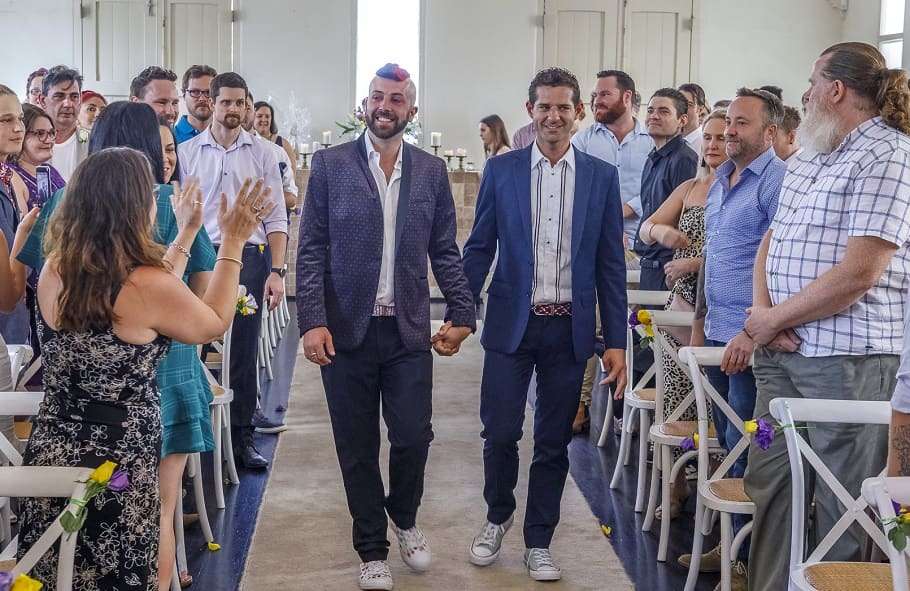 Since then, Michael continued actively campaigning for the LGBTIQ community. His activism includes appearances in television and radio. In addition he continues his work with Brisbane Pride Festival, of which he is now the longest-serving committee member. 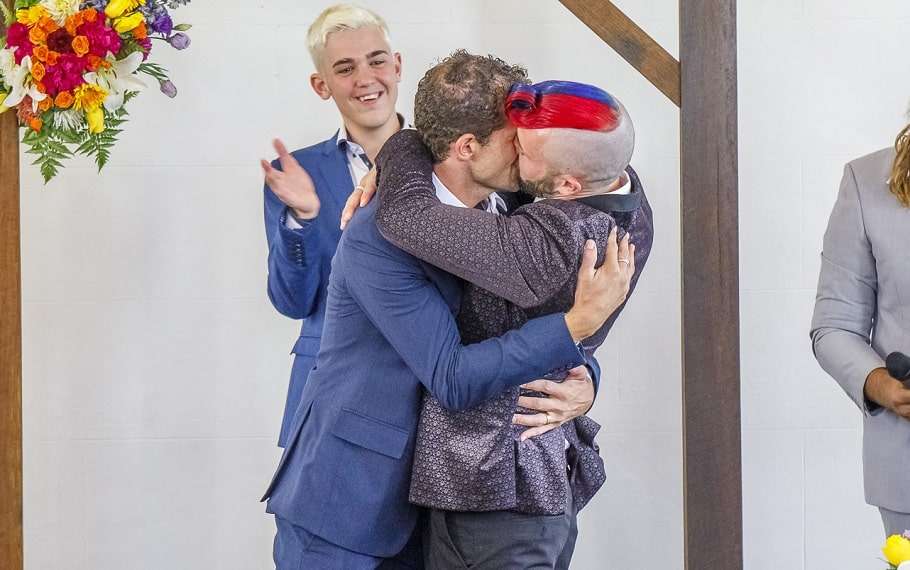 After the wedding, the happy couple  celebrated with a Cairns honeymoon. They now look forward to celebrating their new life as newlyweds in 2019. 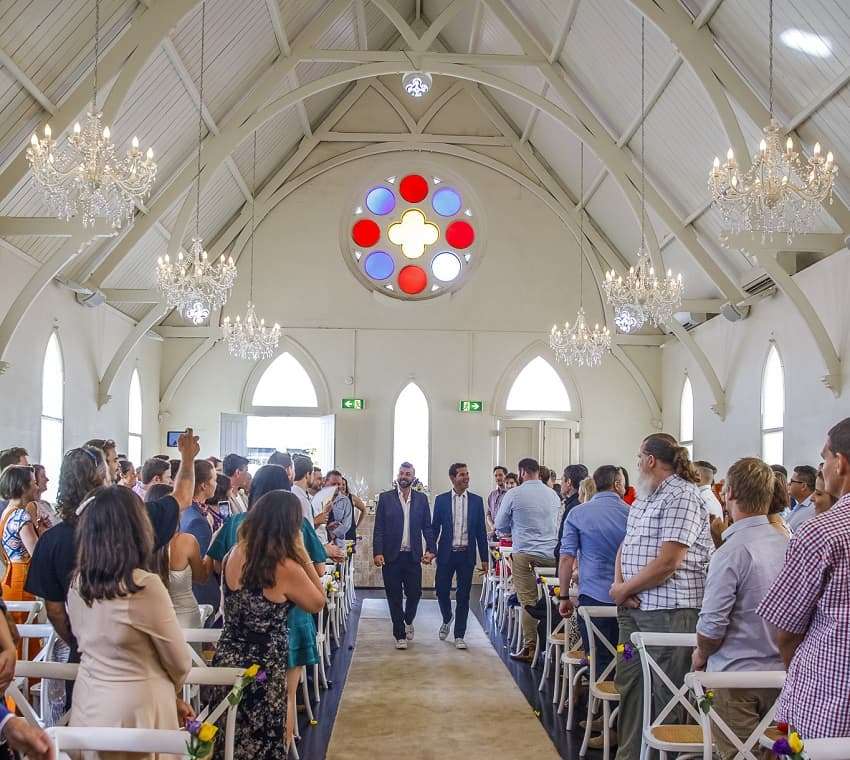