Field’s son, director Sam Greisman, has a serious crush on figure skater Adam Rippon, who won a US team bronze medal at the Pyeongchang Winter Olympics.

Greisman, 30, revealed on social media that not only did he have a crush on Rippon but also that his mom had offered him “some really helpful advice” on how to take things to the next level.

Sharing a text message conversation with his 71-year-old mother, Greisman was careful to blur out any text that might identify who the athlete was, leaving only Field’s response.

Greisman responded: “Just some really helpful advice from my mom on how to deal with my Olympic crush.”

But then Field raised the stakes.

She gave her son the ultimate push by re-tweeting the post and tagging Rippon.

Greisman, it seems, was not expecting that. He responded: “Yikes.” 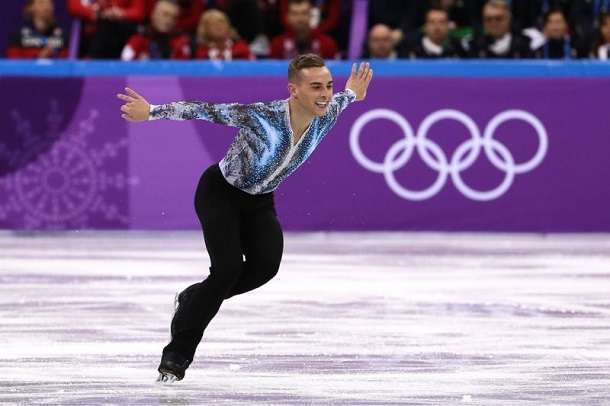 Buzzfeed reports that Rippon (pictured above), one of the first openly gay US male athletes to qualify for the Winter Olympics, hasn’t ruled out a possible romance.