“September 29. The small Norwegian city of Kirkenes is 15 km from the Russian-Norwegian border. Rainbow flags, banners in Russian, Norwegian and English, travesty artists with the mayor of the city at the head of the column, many children, smiling policemen with rainbow flags attached to the chevrons. Despite the sun, it’s cold. The Norwegians are talking among themselves, the Russians are bawling the songs: “I am free, like a bird in the sky” and chant: “Love is the right person!”

The second Barents Pride, organized by the Murmansk LGBT group “Maximum” together with Amnesty International and the Norwegian LGBT organization FRI, differed from the big prides by only a small number of participants: the event gathered 300 people. Many have No Photo stickers on their chest – they came from Russia and don’t want to “light up” for fear of persecution in their homeland. Last year, three participants had to talk in detail with the FSB officers at the border, and Murmansk social networks exploded with homophobic posts. Fortunately, the deal was limited to online threats.

“I wanted to first stick No Photo, but then somehow I got carried away and thought: why be afraid?” Says Alla, 51, a Murmansk woman in Murmansk. According to Alla, she herself is not an LGBT activist, but came to the Barents Pride, “because everything is forbidden in Russia”. The last straw for her was a criminal case on extremism and insulting the feelings of believers, instituted against a resident of Barnaul for publishing a photo of the procession on a broken road with the signature: “In Russia, two evils are fools and …”. “Yes, I myself could repost such a picture,” Alla remarks. It must be said that the Russian law enforcement agencies did not see extremism as threats to the activists who came after the 2017 Barents Pride and calls to burn gays in gas chambers. 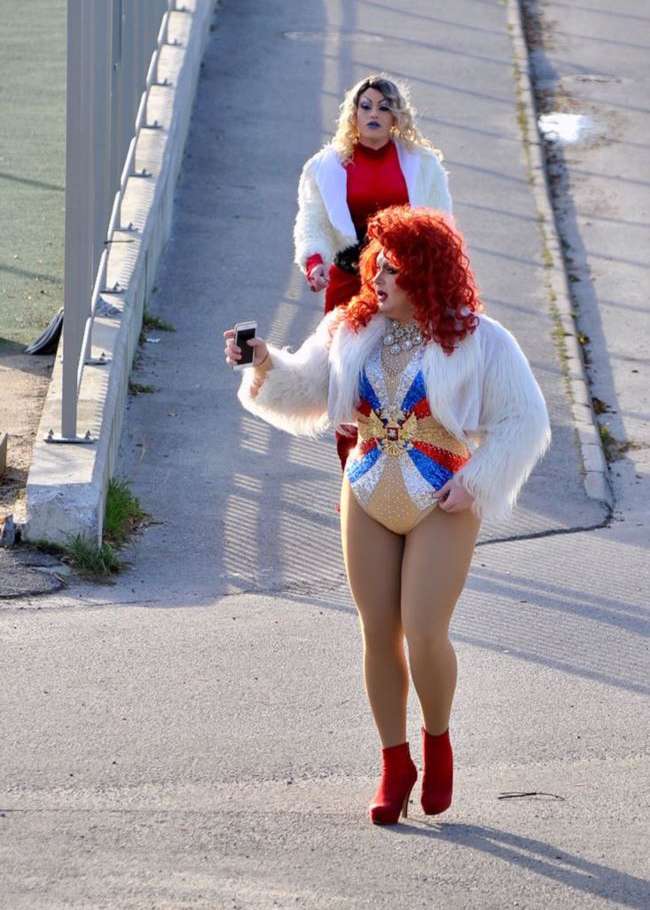 A total of 76 Russians arrived in Kirkenes. According to Valentina Likhoshva, a member of the board of the Murmansk “Maximum”, there are about 15 activists among them, and the rest are just representatives of the LGBT community from different cities of Russia who have submitted applications for participation. Most of them, the organizers paid the road and accommodation
The goals of the pride participants are similar: to meet people, to see what it is like to go out with a rainbow flag, without fear of an attack by homophobes or even police. Speaking to the participants of the pride, a representative of the Kirkenes police explained that, according to the law, the police are obliged to ensure the safety of citizens, and there is no need to fear people in uniform. Of course, the same is written in the Russian law on the police, but recently in St. Petersburg a court fined several LGBT activists totaling 450 thousand rubles for holding single pickets not prohibited by law. 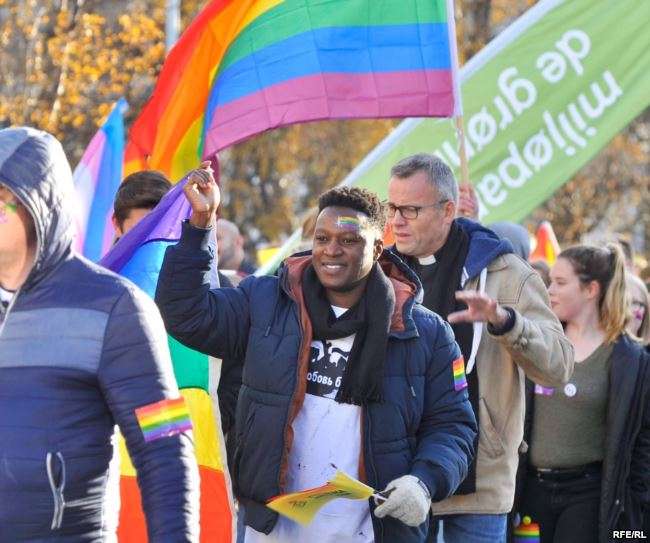 According to activists, the Norwegian Pride is not only a breath of fresh air, but also a clear illustration that there is hope: after all, not so long ago LGBT people in Norway faced the same problems as the Russians. True, the situation in Russia is not changing for the better: “The level of aggression has been going off scale recently,” says Valentina Likhoshva. “If before, the stories that parents drove children out of the house were rare, today you won’t surprise anyone. For example, a 20-year-old S., who came to Pride from Murmansk, is a transgender, from which parents have long tried to make a “normal girl,” well, or “at least a lesbian,” and when they realized that it was impossible, they threw them into the street. S. wants to become a conductor, speaks enthusiastically about Rachmaninov’s concerts, but while he works as an instructor in a fitness center and saves money, 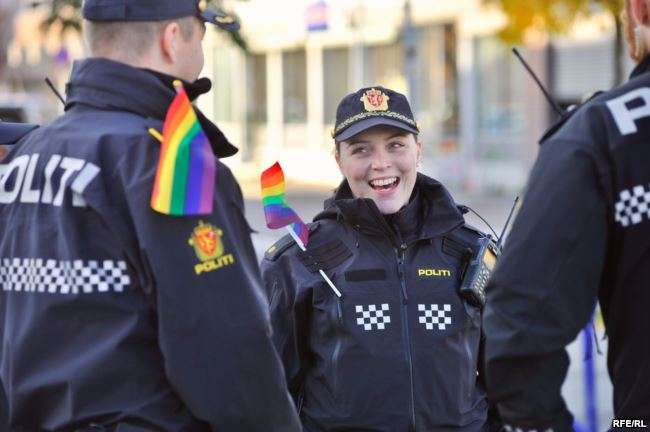 According to Likhoshva, the number of homophobic attacks, extortion and blackmail cases is growing in Russia – while the police are not in a hurry to investigate such crimes. Moreover, the Russian LGBT community has less and less opportunity to defend its rights: after the adoption of the law on foreign agents, almost all regional LGBT organizations have closed, now these are “initiative groups” that the authorities simply do not notice. 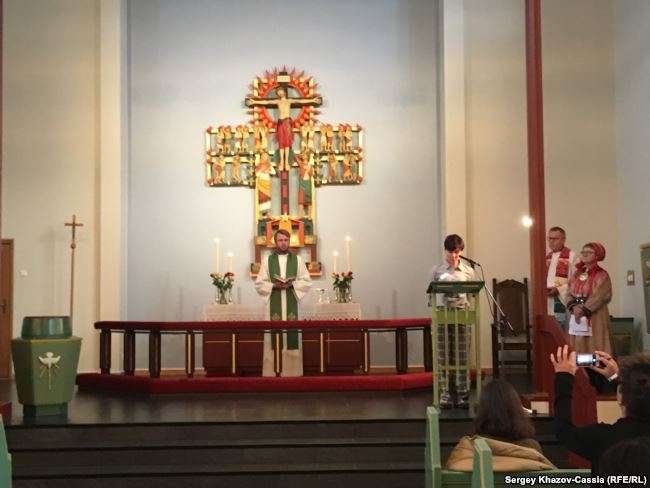 If insulting the feelings of believers is one of the reasons that led Alla from Murmansk to Kirkenes, in Norway the church lives according to different rules: the day before the pride in the local Lutheran church a “rainbow service” took place in three languages: Russian, Norwegian and the language of the Sami small people.

In the church of Kirkenes, one gay union was concluded at the beginning of this year. As local pastor Torbjorn Brox Webber said, his church is open to all: if the people of Russia turn to him, he is ready to marry them, although in Russia this marriage will not be considered legal. 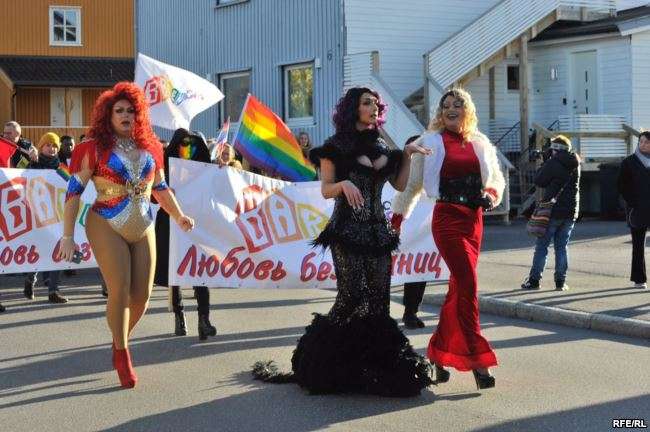 Travesty artists from Murmansk and St. Petersburg at the head of the column

Among the participants of the Barents Pride there are a lot of Russians who have entered into marriage in other countries. “This marriage is still a marriage,” said Sergei Alekseenko, chairman of the board of the Murmansk “Maximum”. – And the relationship inside the couple is becoming more serious. And even according to Norwegian law, this is a marriage, if God forbid what happens during a trip. ” Sergey and his partner got married in New York last year. Now they want to get married in Kirkenes. According to Sergey, he himself went to church until the age of 25, but then the rhetoric of the Russian Orthodox Church regarding LGBT people made him an atheist. However, religion is important to his husband – it is he who insists on the wedding. At the first pride in Kirkenes, there were already many posters calling for an end to the repression against LGBT people in Chechnya. This year, some LGBT refugees from the North Caucasus who were granted asylum in Norway were able to personally come to Kirkenes. True, this was done in the mode of high secrecy. 21-year-old A. asked not to give his name, but he agreed to publish a photo: “If we fight, then with an open face”. A. has been living in Norway since February. He was born not far from Nalchik, lived in Moscow. In 2017, his boyfriend Chechen disappeared in Grozny. Relatives of the missing began to call A., with threats. A.’s parents were shown his photo in cosmetics and a wig (obviously, from his friend’s phone). As a result, the parents said that if A. returned home, “he will be finished.” Today, A. receives an allowance of 8,000 Norwegian crowns (64 thousand rubles). 3500 (28 thousand) of them go to pay for the apartment, the rest is enough for food and gym: “If you cook at home and do not buy coffee in a cafe.” The integration program is designed for two years – during this time A. must learn the language and either find a job or enter a university. In case of failure, the program can be extended, but A. is set to learn Norwegian, move to Oslo and learn from the director. 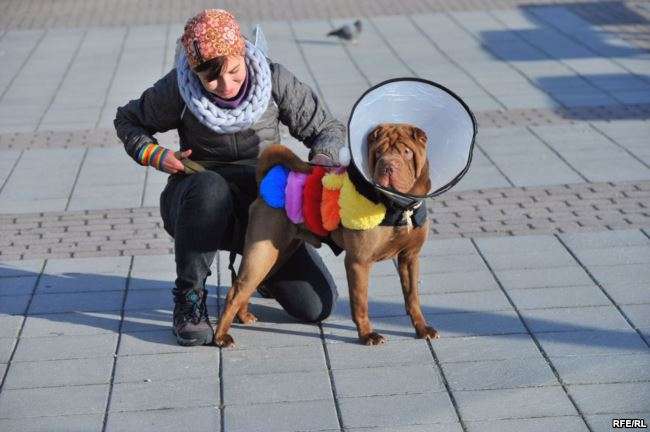 Valentina Likhoshva from the Murmansk LGBT initiative group “Maximum” and Shar Pei Shihan
There are many stories of successful emigration, but, as Valentina Likhoshva observes, the process is not as simple as it seems. Western human rights defenders and embassies do not want to “make difficult political decisions” and are suspicious of Caucasian gays. “This is a vicious circle,” says Likhoshva. – They say that our wards must receive a visa, and then, once in the state, they must apply for asylum. But they do not give visas, because they know that they will seek asylum. ” 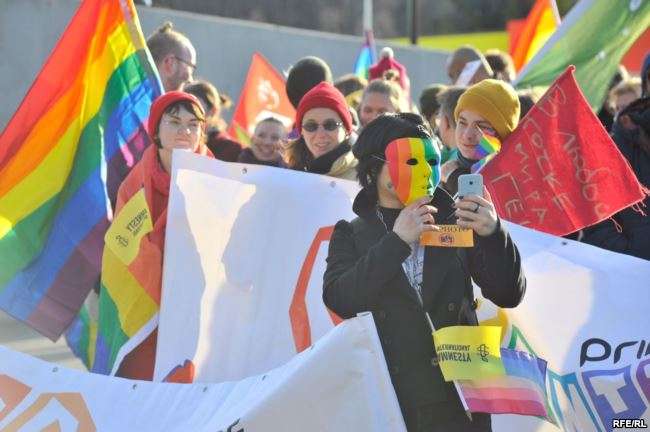 At the same time, a normal life in Russia is practically impossible for the “lit up” gays and lesbians from the Caucasus: relatives start looking for them, connecting law enforcement agencies. “Even living abroad is dangerous,” notes Likhoshva. “I know at least two cases when girls who have already left are returned back.”

At the end of the event, a regular security seminar was held. Among the questions is what to do if Russian law enforcement officers invite “to talk” (there is no such procedural action) and how not to hurt yourself and loved ones by talking to the authorities. After all, at home, pride participants will be viewed as a threat to traditional values ​​and Russian statehood. 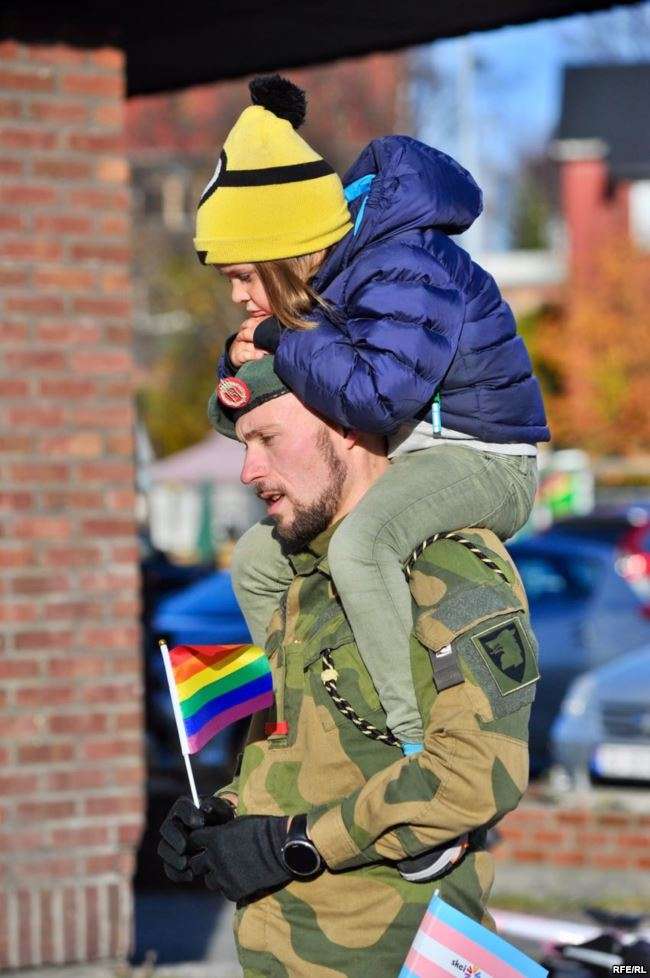