Veteran LGBTIQ+ campaigner Rodney Croome has taken Miriam Margolyes to her first ever pride parade in Tasmania in the actress’ new docuseries.

Miriam Margolyes: Australia Unmasked began on ABC this week and sees the British-Australian treasure on her latest road trip across Australia.

Miriam starts in Tasmania, where veteran activist Rodney Croome shares with her the state’s journey from the most homophobic in Australia to one with the most progressive laws in the nation.

She meets Rodney in Ulverstone, a town on the state’s north-west coast, which was at one time the most homophobic place in Australia.

“We’re flying the rainbow flag here in Ulverstone because it’s probably the most important place in Tasmania for us to do it,” he tells Miriam.

Rodney explains that Tasmania was the last place in Australia to decriminalise homosexuality, in 1997.

“We used to have the worst laws and the worst attitudes on homosexuality in Australia,” he says.

“Where they were worst of all was here in Ulverstone. 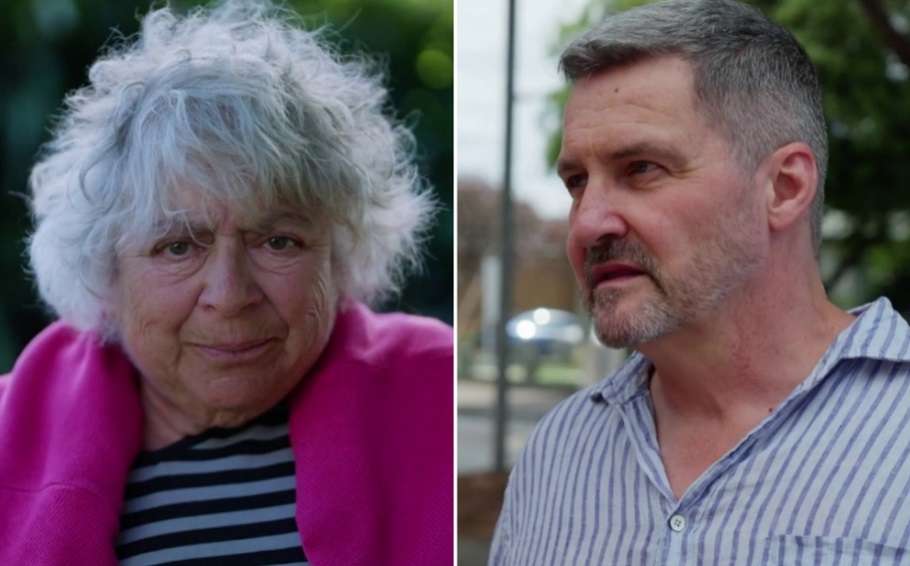 “When we were trying to decriminalise homosexuality, there were large anti-gay rallies here in Ulverstone, just over there in the Civic Centre.

“Hundreds of people came from all over to protest against LGBTIQ people, in the late ’80s.

“The speakers were inciting the crowd to ever more higher levels of hatred. The crowd was shouting, ‘Kill them, kill them!’

Rodney Croome told Miriam Margolyes that the “sad thing is that there were young gay men who killed themselves” at that time.

“They left notes that said, ‘I can’t stand this anymore’. The saddest I think was from a young guy called Nick,” he said.

“He couldn’t bear being here anymore because of this hatred. But he also couldn’t bear to leave his family and friends and the place that had shaped who he was.

“So he wrote a suicide note saying, ‘I can’t stay but I can’t leave.’ And he killed himself.”

Rodney explained, “That’s why it’s so important now that we do everything we can to stop that ever happening again.

“[We must] make sure that people like him, young Nick, feel like they belong. I’ve dedicated my adult life to that.”

“There’s young Rodney, right in the lion’s den,” she says, pointing him out.

“To stay and keep fighting like that, I’m just full of admiration.”

‘Real progress can happen within a lifetime’

In Ulverstone, Miriam meets with members of the local queer community for a family barbeque.

She hears from one gay man, Garry, about growing up in Ulverstone. Garry and his partner Adam are engaged.

Miriam hears from Garry and his parents about their journey to accepting their son after he came out.

After the moving meeting, Miriam says, “I just wish that I could have brought my mother and father to that meeting.

“Garry’s parents are proof that people can change. And that real progress can happen within a lifetime.” 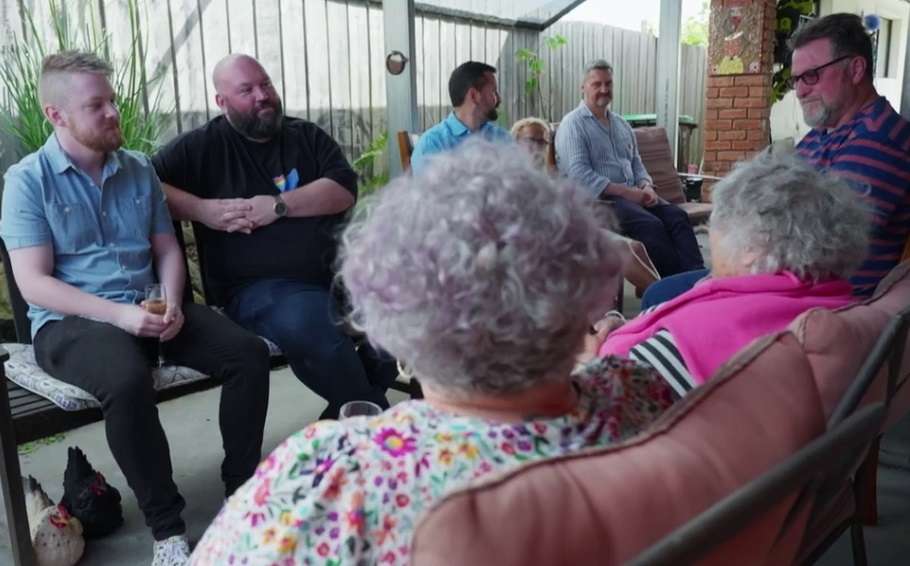 Miriam Margolyes later joins Rodney Croome and the family at the TasPride parade in capital Hobart.

The actress says while she’s never taken part in gay pride events or groups, the queer Tasmanians’ “commitment and courage” had inspired her.

“Many of the people I’ve met here have had to fight hard for their very existence. And they’re still fighting today,” she said. 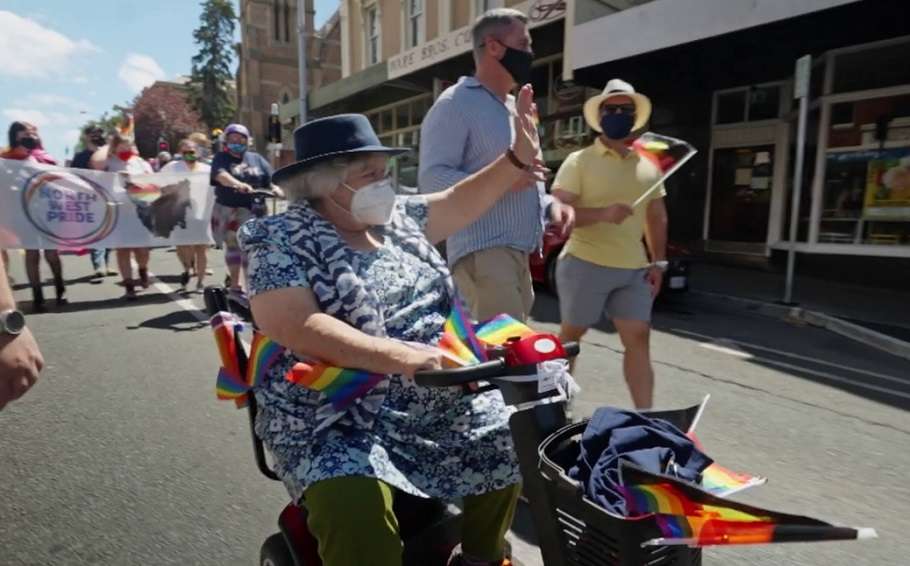 “Although the struggle isn’t over, I’m proud to march, or roll rather, right along with them.

“They are people of such commitment and courage. I can’t but drink in some of their fire. If you can drink fire, I drank it in Tasmania.”

Miriam Margolyes will next travel to Melbourne in the three-part ABC series, exploring social justice and asking people she meets, “Do you think you’re getting a fair go?”

“Is Australia a country that still gives you a chance? That’s the big question,” she explains.

“I’m travelling across the bottom of Australia and heading as far west as these 80-year-old bones will take me.

“The last couple of years, I’ve been in lockdown, shut away from the world. I don’t think I can remember a time of such prolonged anxiety and of feeling imprisoned.

“Social intercourse is what I’ve been missing. Now, make very clear that’s not sexual intercourse. I don’t miss that at all.”

Miriam Margolyes: Australia Unmasked is on ABC TV on Tuesday nights and streaming on ABC iview.