The Robina Roos’ AFLW team is getting ready to host Queensland’s first ever Pride Cup match this month to help fight homophobia in sport.

The initiative sees footy teams don rainbow colours to celebrate inclusion and diversity in sport and send a message to LGBTIQ players and fans that they’re welcome and accepted.

The inaugural Robina Roos women’s AFL team made their debut in April, and will play against the Surfers Paradise Demons for the Pride Cup during their July 28 clash.

“We’ll be the Rainbow Roos for that week. Both teams will wear rainbow socks, the 50 metre arc will be painted as a rainbow, and the goal umpire will wave rainbow flags,” the Roos women’s team co-ordinator Sally Crosswell said.

“It’s a great opportunity for the women in my team, and in the league, to become champions for change and to send a message that we won’t tolerate homophobia.”

“This event signifies a celebration of inclusion, not only in football, but the wider community,” she said.

“We aim at establishing a landscape where all people feel welcome and accepted on and off the football field and the Pride Cup is an excellent example of that.

“We’ve seen the success the Pride Cup has garnered in Victoria and at the AFL level and I look forward to seeing similar success at Robina for many years to come.” 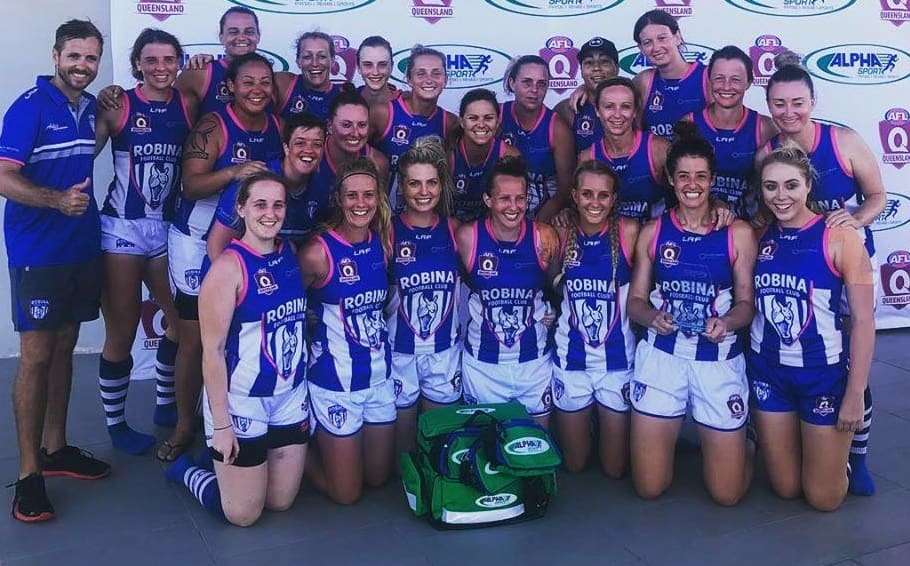 The Pride Cup will be held on Saturday, July 28 from 10am at the Robina Roos’ home ground oval on Scottsdale Drive in Robina on the Gold Coast.

To help raise money at the Pride Cup at Robina, both the Sydney Swans and the St Kilda Saints – the two teams who played in this year’s national AFL Pride Game – have donated jerseys to be auctioned off at Robina.

Parents and Friends of Lesbians and Gays (PFLAG) national spokesperson Shelley Argent and State Football Operations Manager Barry Gibson will be address at a chicken and champagne lunch at 12pm after the match.

To keep up to date with the event, visit the Facebook page here.