The movie follows key figures who were part of Sydney’s first gay rights activist group CAMP (Campaign Against Moral Persecution) NSW and the landmark protest on June 24, 1978 that would go on to become the modern Mardi Gras.

That year, as the push to decriminalize homosexuality had seemingly stalled, the activists agreed on a new tactic to garner wider public support – a celebratory Mardi Gras parade.

Holding a permit for a legal protest on Gay Solidarity Day, the group collect behind a truck driven by activist Lance Gowland to stage the street party.

The movie reacreates that fateful march, which was violently broken up by police and saw 53 of the marchers arrested.

Those people, now known as the ’78ers, were named and shamed in newspapers. Many lost their jobs and were shunned by their families.

It would be another six years before homosexuality was decriminalised in New South Wales.

The real-life Robyn Plaister told Fairfax Media it was surreal to see the march recreated on the Riot set, four decades later.

Her photo was taken at the 1978 march and published in a newspaper, putting her career as a teacher at an Anglican girls’ school at risk.

“The principal called me in at the lunchtime break and asked why I was at the Mardi Gras,” she said.

“I didn’t dare say much. I said I supported the principle. Luckily, perhaps, I was not asked about my sexuality.” 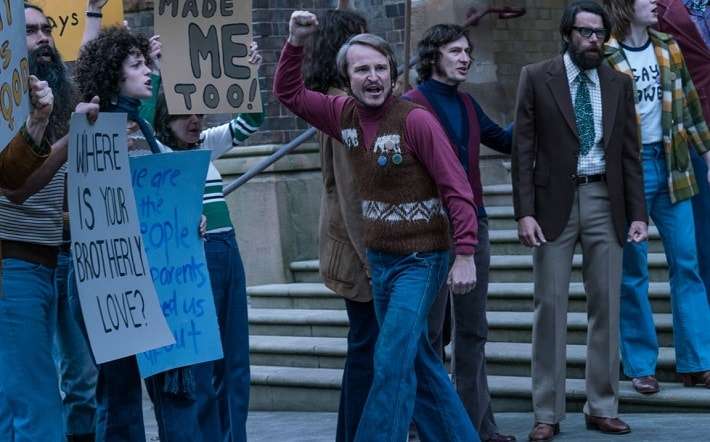 Riot‘s script is based on interviews with surviving ’78ers, existing oral histories and books written about the era.

Screenwriter Greg Waters told Fairfax Media he struggled to decide whom among the era’s “crazy, amazing, fabulous bunch of people” to include.

“Every one of them had a great story… Anarchists and feminists and liberationists and communists and spartacists and unionists and conservatives and nutjobs,” he said.

“So the Mardi Gras was a bit of a triumph over division, really.”

Waters said “the more diverse stories we can get onto our screens, the better.”

“You’ve got to tell stories that reach right to the hearts of people and represent contemporary Australia in all its diversity,” he said.

Riot is screening on ABC this Sunday, February 25. 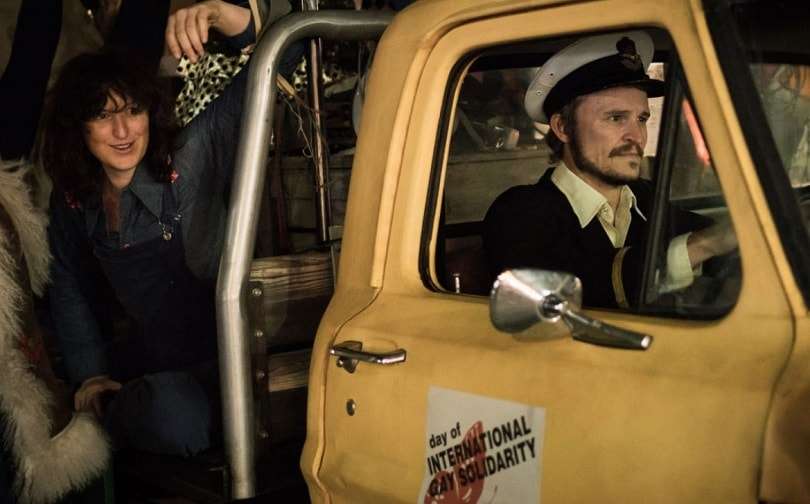