Television is awash with ‘80s nostalgia, so standing out requires a hook – the supernatural for Stranger Things, in Glow it’s feminism. Hook-less Everything Sucks! was justifiably cancelled.

Ryan Murphy’s latest drama, Pose, which recently finished its freshman season in the US and will finally air on Australian TV next month, is most original of all – the subculture of New York’s drag and trans ballroom scene in 1987.

While the imagery of the era is recognisable, the untold history of the scene is fresh and exciting.

The first episode sees trans character Blanca, inspired by an HIV diagnosis, abandon the “House of Abundance” (her current residence among peers), and begin her own House for the talented and abandoned.

This simple premise is full of complexity and warmth as people shunned by gay and straight alike create an entire world to exist in.

The fiercely competitive balls among the equally oppressed offers validation and peer approval for people rejected by their loved ones.

For such a subversive show, Pose boasts high production values, opening with Elektra’s House of Abundance stealing authentic 17th century outfits from the MET Museum to wear as ball entries.

The era is recreated perfectly, not only through visual iconography, but through tone and mindsets. The score thoughtfully but recognisably punctuates the action with ‘80s tracks to profound effect. 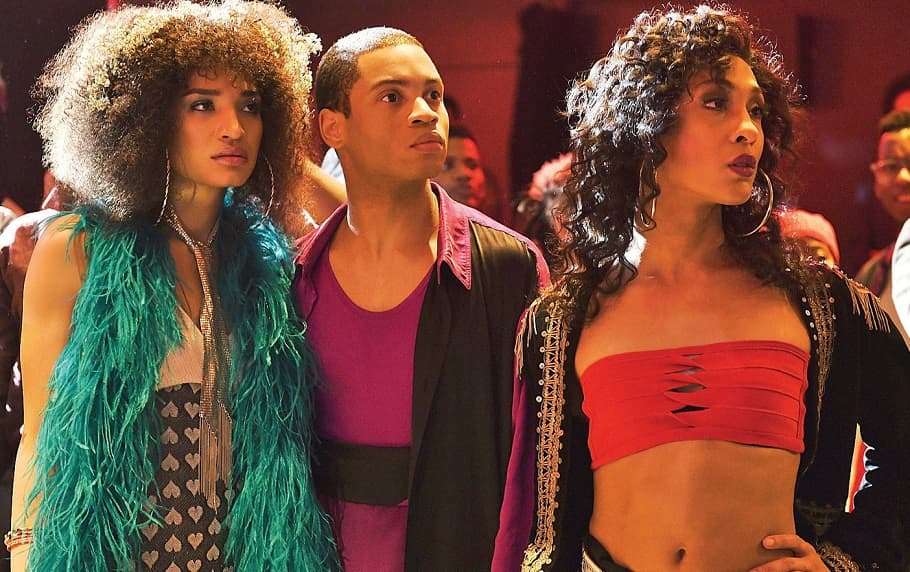 Pose isn’t flawless. Some of the stock characters are initially drawn in broad brushstrokes, particularly the nurturing Blanca and her nemesis Elektra (although as Blanca, MJ Rogriguez’s performance is notably more nuanced than Dominique Jackson’s as villainous Elektra.)

The first episode rushes through the traumatic back-stories of characters such as Damon.

But these are minor quibbles and as the season progresses, the character development unfolds in satisfying layers. Slightly less forgivable is the didacticism indicative of Murphy’s oeuvre; such as in Episode 3 when City Boy Stan (Murphy’s frequent muse Evan Peters) monologues on his hollow, meaningless existence as an ‘accumulator’.

Stan’s jealousy of his trans lover Angel’s opportunity for self-expression is an insult to the shunned poverty her life entails, and while his insensitivity is emphasised, we’re invited to share his admiration for Angel’s “freedom”.

While the cost of this freedom is somewhat explored (and granted, I’ve seen four episodes of eight), it’s difficult to empathise with Stan’s envy.

On the other hand, this isn’t a story of glamourising poverty and rejection, which is perhaps why the show doesn’t depend on tragedy-porn for its queer characters. It’s a story of triumph, courage and fulfilment amidst dire circumstances of marginalisation. When joy, love and family can’t be accessed, they’re created.

It’s a story of people whose lives and voices have been denied not only expression in media, but acknowledgement of existence at all, yet their culture has been stolen from by the mainstream again and again.

Most importantly, it’s a story being told by those it belongs to, with five trans actors in lead roles (a record-breaking achievement), and two trans activists on the writing/production team.

Pose is beautiful, uplifting, visually striking, and illuminates a culture in living memory born of refusing to accept rejection and shame, of seeking and creating community. Above all, I’m learning my own community’s recent past. It’s Ryan Murphy’s finest work to date.

Pose will screen in Australia from Tuesday, September 11 on Foxtel’s Showcase channel.