For Ideal Home, Fleming is in full command of his players, weaving dialogue that’s as smart as it is sassy, with Steve Coogan and Paul Rudd delivering brash, beautiful performances that highlight Fleming’s penchant for vibrancy in a muted surrounding.

The story itself is hardly worthy of being praised for its originality, but the aforementioned Coogan and Rudd make it work thanks to their dedication to the roles of (respectively) Erasmus Brumble, the gaudy host of a lifestyle program (suitably titled Ideal Home), and his long-time partner (and showrunner) Paul, loving but growing ever-so tiresome of Erasmus’s testing personality.

The two live a rather lavish life in an extended property in Santa Fe, and it’s with the unexpected arrival of Angel (Jack Gore), Erasmus’s grandson, that they are forced to re-evaluate their hedonistic lifestyle and re-cast themselves as responsible caretakers. 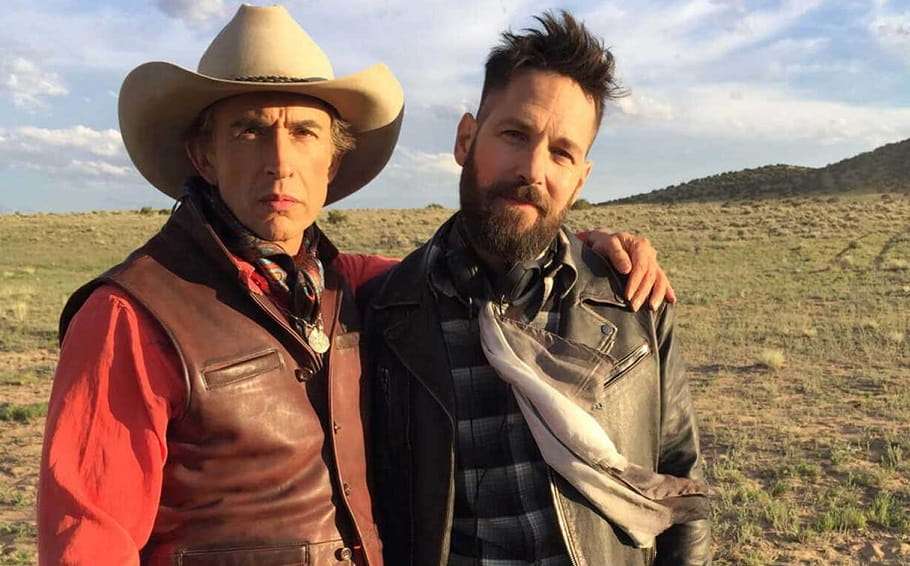 Unsurprisingly, Angel doesn’t initially take well to Erasmus and Paul, and Erasmus’s estranged son (Jake McDorman) sways in and out of the picture claiming he’ll better himself to regain custody of Angel, but it’s with a near-expected story beat that Angel is won over by his flamboyant “dads”, as are we as audience members with Coogan’s vanity and Rudd’s razor-sharp takedowns near-impossible to resist.

Quick-witted, naturally saccharine without overdosing on schmaltz, and subtle in its filth delivery (there’s a great gag regarding Kevin Costner and Dances with Wolves), ‘Ideal Home’ may not be groundbreaking queer cinema but it’s a meaningful and genuinely hilarious movie-going experience that caters to a wide audience despite its colourful mentality.

Ideal Home is in cinemas on June 21. QNews Magazine is excited to offer free tickets to 70 of our lucky readers to an early Brisbane screening of Ideal Home on June 14 at 6:30pm at Dendy Coorparoo. To get your free ticket, click here.