Long before civil unions or legalised same-sex marriage became a reality in Queensland, a newspaper reported on Brisbane’s secret history of gay weddings.

The Arrow newspaper claimed in 1932 that Brisbane was a magnet for effeminate gays.

“The growth of the pervert population of Brisbane, beautiful capital of Queensland, is astounding, and in the last year hundreds of these queer semi-feminine men have made the city their headquarters.”

Until recent years, most LGBTIQ people fled Queensland for southern capitals the moment an opportunity presented itself.

Those who stayed remained because of poverty, family ties, a grim determination to fight for a better future, or the belief that this week they might win the jackpot at Balls Out Bingo.

But what a mecca for LGBTIQ immigrants our conservative enemies always perceived Queensland to be.

Long-time premier of Queensland Joh Bjelke-Petersen always warned of an influx of homosexuals if the state ever relinquished his custodianship of our southern border.

Russell Cooper, his successor, warned legalised homosexuality would see the Gold Coast as the gay capital of Australia.

Even out in the bush, they feared the coming homosexual invasion.

Alex Robertson was president of the local branch of the National Party in little Goombungee, famous for winning a 1976 Tidy Town Award. He warned in 1989 of a socialist plan to build a Berlin-like wall through Brisbane, “only there will be holes in it to let the homosexuals through.”

Poor Alex obviously thought heterosexuals too fat to fit through the same holes as homosexuals. One wonders also what caused him to make an automatic association between homosexuals and holes in walls.

The Arrow continued, “Now they have evolved into a cult, with two main sects, one on the north, and one on the south side of the town, with the river dividing them.”

It appears homosexuals neither knew how to swim nor were willing to use the multiple bridges spanning the Brisbane River.

“In the last two weeks, there have been two ‘weddings’ – ghastly horrifying spectacles of painted men and primping lads united in a sacrilegious blasphemy that they call the ‘bonds of matrimony’.

“Even the ‘honeymoon’ is conducted in public amidst the plaudits of the rest of the painted men-dolls, dancing round in a hideous circle.

“This in Brisbane, in the year 1932! It is almost unbelievable but true.”

The author of the article trawled his thesaurus for words denoting decadence and, like a drag queen hot-gluing sequins to a costume before a talent quest, squeezed them into every last space he could find.

On and on, he went. But what shameful sights aroused such loquacity?

“It is a common sight to see two of the type, allegedly men, sitting at a table and holding hands.”

Holding hands? The filthy bastards! It’s the end of the world as we know it! Enough to make baby Jesus cry.

Who knows what vengeance God might make to avenge such unrighteousness — probably the odd cyclone or an earthquake at least, or perhaps just a sun shower in Goombungee.

But maybe the Arrow was having a lend of its readers. We have no doubt LGBTIQ people of the time made vows of love to each other either privately or gathered discreetly with trusted friends.

Indeed, that happened even with Joh at the height of his powers. Brisbane’s Father Ray donned his kilt and conducted same-sex marriages in New Farm Park during the 1970s and 1980s.

But no other newspaper reported on the surge in same-sex marriages the Arrow chronicled in 1932. One is tempted to think they made it all up.

Owner of the Arrow, Hugh D. McIntosh, claimed he left school to start work at the age of seven. By the age of seventeen, he found employment as a chorus boy in the pantomime Sinbad the Sailor. 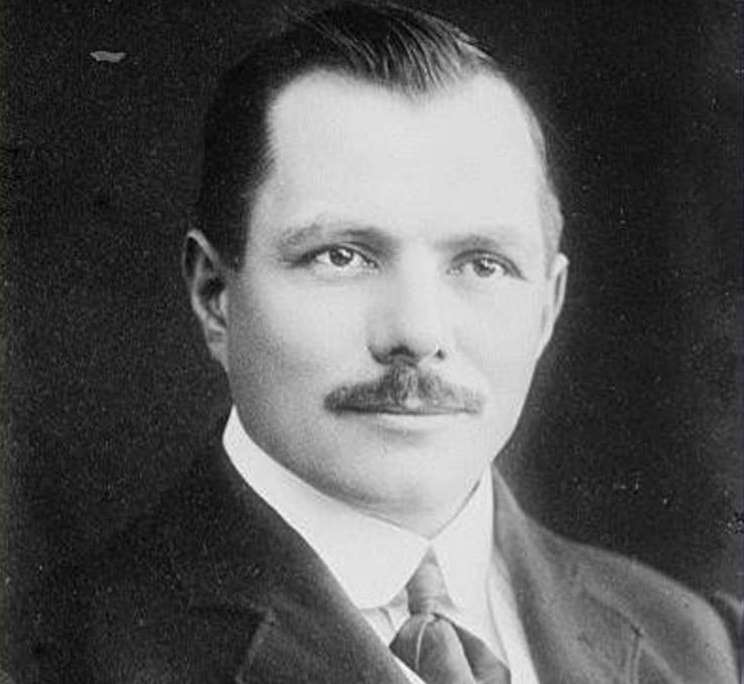 He was a theatrical impresario and built the Brisbane Tivoli in 1915. He also brought a touch of theatricality to his publishing career.

The year before the publication exposed the spate of same-sex weddings in Brisbane, it reported on a house in Sydney. Regular same-sex marriages took place there and an annual coronation of the Queen of Queens by the local ‘Kamp Kult’.

However, women or men who could successfully pass as the opposite sex caused palpitations in 1930s Brisbane and Sydney.