A Reddit user who was banned from flying a rainbow pride flag on their front porch has found a genius loophole.

In the United States, real estate developers can form what are called “homeowner associations” to manage and sell homes and lots in a residential subdivision.

After the lots are sold, the developers typically pass the association onto the residents. They must then follow various rules about living in the subdivision.

On Reddit, user memon17 explained their homeowner association (HOA) had cracked down on flags “due to some neighbors flying Black Lives Matter flags, Thin Blue Line flags, and other opinion flags”.

“Our HOA decided last month we’re only allowed to fly the USA flag, and nothing else,” they wrote.

The Reddit user said they had flown the rainbow pride flag on their front porch of their home since 2016.

“The day after the decision, we receive an email that someone reported our Pride flag, and that we needed to take it down.”

However the household put their thinking caps on and came up with a genius workaround.

They lit their home in rainbow colours using large floodlights, which they found out was acceptable under the rules.

“Looking through our new rules, we noticed that removable lights are permitted without restriction,” they wrote.

“We bought six coloured flood lights, and we washed our house in pride colors.

“A little less subtle than our simple flag. A lot more fun for anyone complaining about the flag itself and what it represents.”

Memon17 said they’re not angry with the HOA for the ban. However they still wanted to “show my individuality while still following the rules.” 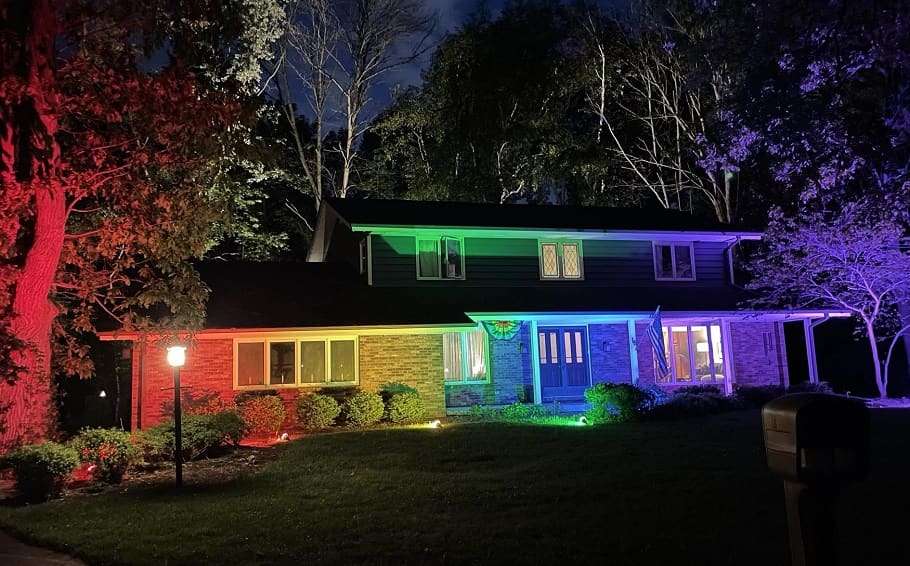 The Reddit user shared a photo of the new setup, and thousands of Redditors loved it.

“If they ban the lights, we pitch in and buy [them] 7 of those gas station wiggler things in rainbow colors,” another suggested.

UPenn nominates Lia Thomas for Woman of the Year award