On the Australia Day weekend, the Pride Boogie event brought gay and straight jumpers alike together for a series of incredible jumps at Moruya, on New South Wales far south coast.

The festival kicked off with the spectacular “Three Flag Jump”. Jumpers unfurled the Australian, Indigenous and also Rainbow Pride flags in mid-air.

The amazing display symbolised the sport’s inclusiveness, recognised the Yuin people as traditional owners of the land, and marked Australia Day.

After the flag jump, the skydivers made numerous other 15,000 foot high jumps.

In the “Big Gay Way”, LGBTIQ jumpers flew rainbow-coloured streamers together in a mid-air formation. 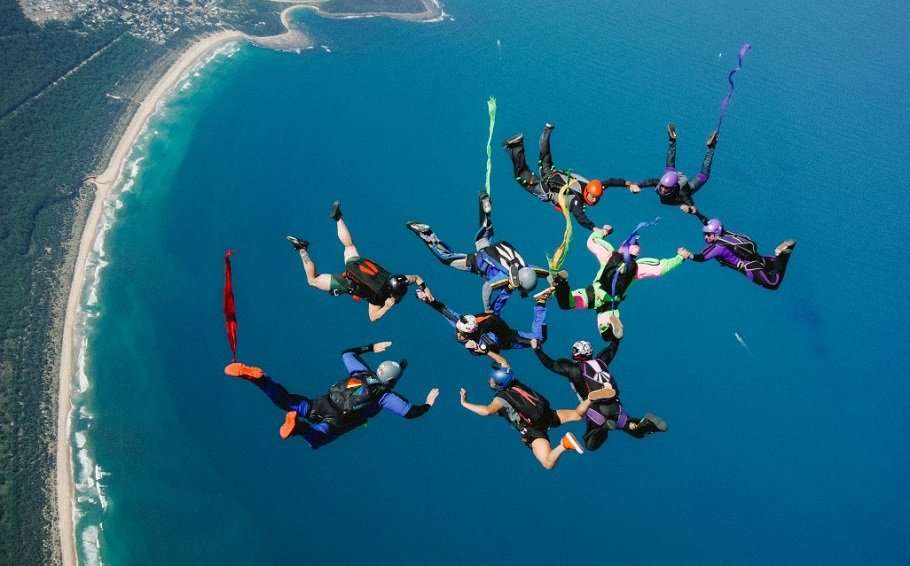 The skydivers then challenged future jumpers to top them with even larger formations in the future.

After their jump, skydiver Ebbony Bradford proposed to her partner Shana Harris in a beautiful highlight. 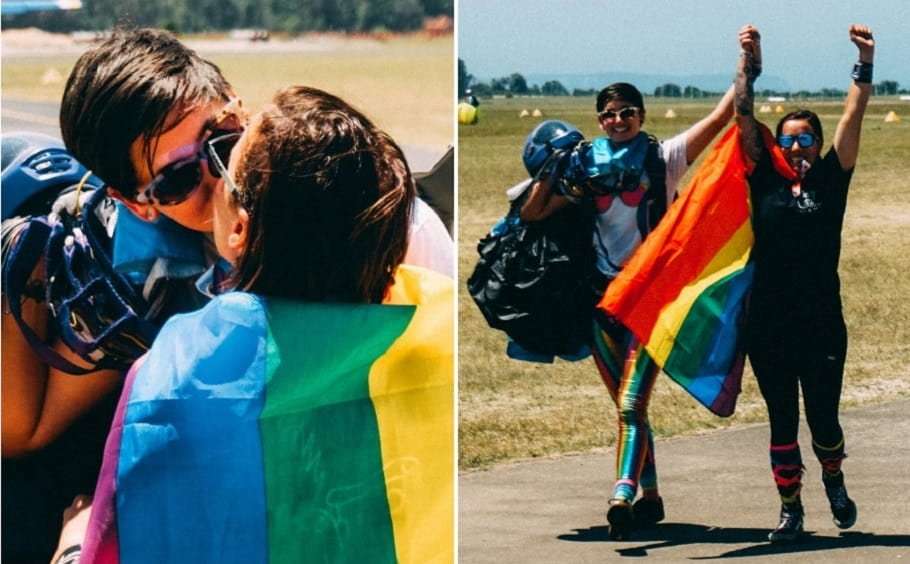 He described the event as “Mardi Gras for LGBTIQA+ adrenaline junkies”. He said Australian skydiving is as diverse as it welcoming.

“Young, old, black, white, gay, straight, man, woman and also everyone in between… jumping out of planes at 15,000 feet makes equals of us all,” he said.

“Australian skydiving is a sport for everyone. So get involved and see what the stoke is all about.

“If you haven’t tried skydiving yet, make it your resolution for 2021.”

Bourget said he hopes the Pride Boogie becomes an annual event. It’s supported by Skydive Oz, who are located in Moruya.

Watch some of the amazing highlights of the festival below: