Growing Up As A Queer Person Of Colour

Being a person of color who is queer, having issues around gender identity and mental health is what I like to call a 4-tier-whammy of complications.

If you identify with even one of those above concepts, you possibly know what I mean.

People of color worldwide have a poorly televised lifestyle that rarely gets talked about. Considering Australia, over 40 percent of its population believes that the nation is ‘weakened’ by people of different ethnicities. This statistical data published last year probably says enough about the vile experiences people of colour have.

On the other hand, I welcome you to consider the insecurities that people have due to being queer, struggles with their gender identities and mental health issues.

Queer people, especially gender-diverse individuals, typically suffer from mental health issues. What is mostly left unacknowledged is an additional blanket of psycho-social issues that surrounds queer people due to their racial and ethnic roots.

Queer people of colour around the world have more likely than not grown up with a strong sense of family, community, religion, societal norms and expectations.

Due to the same, we tend to live a very suffocated lifestyle. Mental health issues, for a lot of communities, aren’t still a tangible concept. Conversion therapy and concentration camps – to list a few – are still a legitimate ‘appropriate measure of action’ against queer people.

Our ‘coming out’ experiences are life-threatening nightmares. We don’t all get to celebrate pride – in fact, we are often even ashamed of our own skin, our voice, our way of presenting.

“A lot of people of colour also have almost no access to positive sexual health awareness. I grew up so heavily addicted to pornography that I believed for a long time that physical intimacy is the only form of sexual expression that I will ever get to have”.

I hence struggled for a long time to form healthy relationships with anybody. We do not have safe spaces. Or ‘squads’. Or nightclubs, that are not already riddled with the fear of the law. What I struggle with, more so now, is the lack of positive role-modeling and representation for queer people of colour.

The best version of Love, Simon for us would be an Afrikaans-speaking friendless, Muslim gay teen being bullied as he struggles through a lower middle-class lifestyle with an unhealthy fixation for whatever meat turns up on Grindr.

These are powerful scenarios and such a movie will never be made. You’ll never see a Sharukh Khan-starring queer-centered blockbuster.

At the same time, however, I am heavily and constantly made aware of people who live with these realities. Every time I was caught being feminine, growing up, I was immediately classed as a ‘hijra’, a gendered slur. That was my reality throughout school.

Some of these concepts can lead to certain insecurities, which can further go on to popularise trends like body image issues within the queer community.

Mix all of these factors moreover with the insecurities caused due to racial and ethnic discrimination, it really takes a turn for the worst. It’s more suffocation. Out of all identities – racial, sexual and gender – our racial identity is the most dominant. Since birth, we are more aware of our race and ethnicity and form strong identities around it. 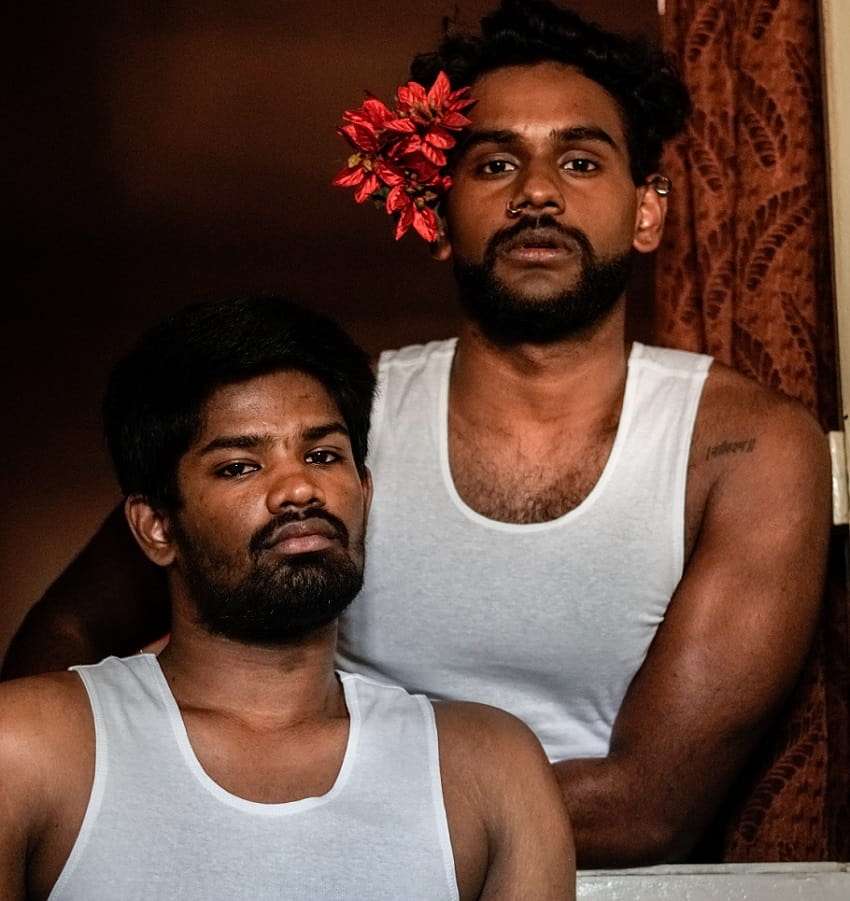 Therefore, being at the receiving end of a racist slur can be more devastating than any other form of discrimination. Racism hurts more than queerphobia. Even as I ponder over these concepts, I am reminded of a more interesting perspective, I do not think white, cis-gendered, straight people are the problem.

Controversial, I know, but I have equally struggled with racist people of colour as I have with homophobic gays.

Yes, we are fighting a system that is predominantly created by white people and I further acknowledge that a majority of positions of power are held by white, middle-aged straight men. Moreover, I do know that a lot of people across the world are at the receiving end of that devastating discrimination and abuse. But I am hopeful.

Every country that has people of various races thriving within them may have their own conflicts with respect to ethnic, queer and gender identities.

We are however alive at a very interesting point in time. The fact that I am at the very comfort of being able to write and share this narrative in public means that we are slowly creating a safer world for all people.

A world where we don’t mock people for their accent and appearance. A society where stereotypes are continuously challenged. Where art from diverse creators is encouraged and celebrated. Where we learn to open our homes, workplaces, schools, public spaces to people of various diversities. A safe haven where we acknowledge the system that is created to imbibe discrimination and learn to fight against it.

A community where a plethora of food, culture, health and language is positively shared and protected. Being a pansexual, gender non-conforming person of color suffering from depression and anxiety is complicated.

But the strongest forms of support in my life are people that love and celebrate my existence. I think that’s what I hope for – an inclusive Earth for everyone, just so we can harmoniously all thrive.