Stan Australia has officially announced a launch date for the upcoming Queer As Folk reboot.

The reboot has had fans of the original gagging since it was first announced.

Now the new series is just around the corner.

The original Queer As Folk debuted in the UK in 1999.

Running for just 10 episodes across two seasons it instantly resonated with queer audiences.

The American version kicked off in 2000 and ran for five seasons and was a worldwide hit.

Now Stan Australia has announced the newest iteration of the hit show will debut on June 10.

The 2022 reboot is set to have a fresh new look with a string of familiar faces and a much more diverse cast.

Described as a reimagining of the original Queer As Folk, this version will be set in New Orleans.

The story will follow a group of queer friends and their lives in the aftermath of a tragedy in one of the most unique queer communities in North America.

Complimenting the fresh new location and story is a string of familiar and new faces to bring these stories to life.

Queer As Folk premieres Friday 10 June, only on Stan. 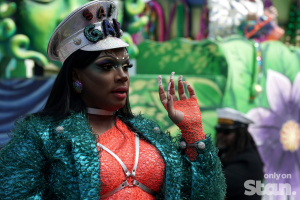 New characters for Queer As Folk

The fresh new set of characters is set to breathe life into the new Queer As Folk as they mirror the modern global audience.

One of the biggest names to join the reboot is Sex And The City star Kim Cattrall.

After not returning for her own show’s reboot, And Just Like That, the star has been confirmed to appear.

Other familiar faces include Ryan O’Connell, star of the Netflix hit Special.

Written by and starring O’Connell Special followed his life living as a gay man with Cerebral Palsy.

O’Connell will play a similar character in Queer As Folk, he also serves as writer and co-executive producer for the show.

Catch the teaser from Stan Australia below, Queer As Folk will debut on June 10, 2022.

Why is Heartstopper not in the running for the Primetime Emmys?

Are we finally getting a Mitch & Cam Modern Family spin off?

Hacks is set to return after surprising season finale

Queer As Folk reboot is beautiful, haunting and uplifting television