Queenslander Bonnie Hart has been recognised for advocacy on intersex rights at this year’s Trans Awards in Brisbane.

The Trans Awards is the night of nights for the local transgender and gender diverse communities, recognising and celebrating the achievements of community members and supporters.

On Sunday evening, Bonnie was presented with the ATSAQ Community Achievement Award by Gina Mather and Kristine Johnson from the Australian Transgender Support Association of Queensland.

Bonnie (pictured above left, with Phoebe Hart) has been president of the long-running intersex group Androgen Insensitivity Syndrome Support Group Australia for seven years, and was one of the advocates who last year created the Darlington Statement, an agenda of priorities for the intersex community.

Intersex people are born with characteristics that don’t fit typical definitions of “male” or “female”. Physical variations in intersex people can include chromosomes, hormones and anatomy.

Close to two-percent of the population is born with intersex traits – similar to the number of people born with red hair – but intersex infants often undergo irreversible and unnecessary surgeries that can cause sterilisation, health issues and psychological harm.

“There’s been so many volunteers who have dedicated their time to ensure that intersex children and people and their families don’t feel alone in the decision-making process that goes along with the medicalisation of intersex bodies,” Bonnie said.

“The intersex community has some great intersections with the trans community and we’re all in this together when it comes to improving affirmative healthcare pathways for people.”

‘Trans activism is a group effort’

At the awards night at the Sportsman Hotel, four Trans Awards were given to Queenslanders actively raising visibility and awareness of trans people and gender diversity.

Dylan Barrett was also voted Trans Activist of the Year, and said they would share the award with all of the other nominees.

“As a community we still have a long way to go before we achieve equality and trans activism is a group effort,” Dylan said.

“This isn’t something that we do alone. We all work together and I think this award should be everybody’s.”

The Queensland AIDS Council was awarded Service Provider of the Year, while Dr Graham Nielsen from Brisbane’s Stonewall Medical Centre was awarded Health Professional of the Year. 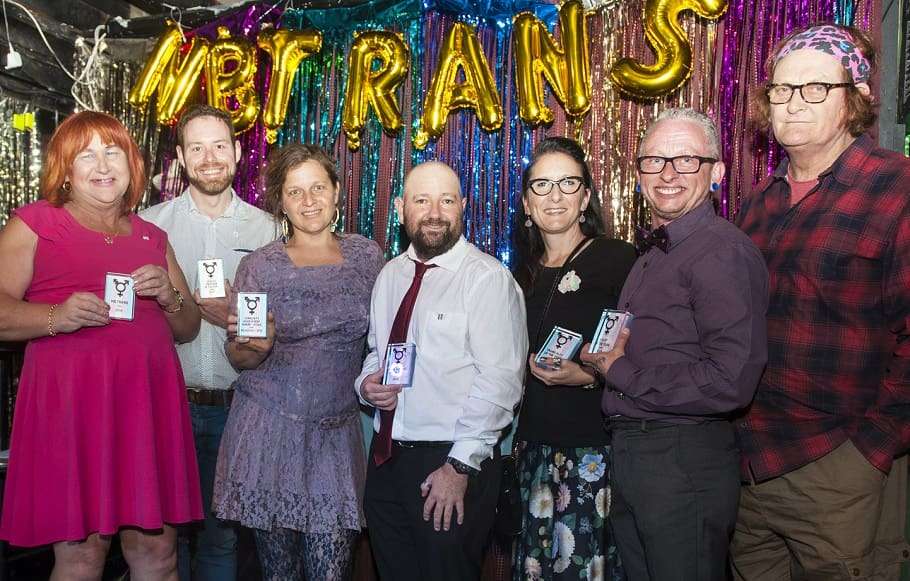 ATSAQ won Trans Group of the Year and the Trans Fair Day, held annually in New Farm, was awarded Event of the Year.

Miff Pate was named Ally of the Year for work with the Queensland AIDS Council.

The Trans Awards evening is one of several events being held in Queensland for Trans Awareness Week, which runs until the Transgender Day of Remembrance is commemorated this Tuesday.

Many Genders One Voice are hosting a dinner at the Brunswick Hotel in Brisbane on Tuesday, with attendees walking after dinner to view the Story Bridge lit up in the colours of the transgender flag.

LGBTIQ student service Rainbow Hub will also hold a Transgender Day of Remembrance event on Tuesday at the Student One accommodation building at 363 Adelaide Street.

In Cairns, an event for the Transgender Day of Remembrance will be held on Tuesday at QuAC North Queensland’s office at 290 Draper Street.

For more photos from the Trans Awards, pick up the next issue of QNews Magazine, out this Friday.