It’s the royal wedding of the year.

It’s no longer about Prince Harry and Meghan Markle, who walked down the aisle on May 19 at Windsor Castle.

Nor is it about the wedding of Celia McCorquodale, Harry’s cousin and a niece of the late Princess Diana, who said “I do” to George Woodhouse at a small church in Lincolnshire, England last Saturday.

It is all about Queen Elizabeth’s cousin Lord Ivar Mountbatten, who will become the first member of the extended royal family to exchange vows in a same-sex marriage.

Lord Ivar will marry his partner, James Coyle, in front of 120 guests at a private chapel in Devon later this year.

It will be recorded in history as the British royal family’s first gay wedding.

Lord Ivar, 55, third cousin once removed to the Queen, is lifelong friends with the monarch’s youngest son Prince Edward and serves as godfather to his eldest child Louise. 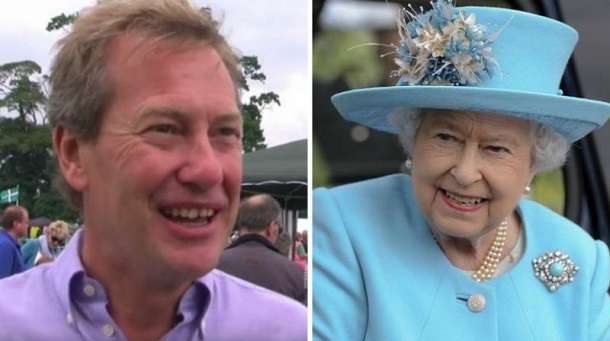 Lord Ivar came out in 2016 following his 2010 divorce from the mother of his three children, Penny Mountbatten. In his announcement, the royal confessed that he had struggled with his sexuality throughout their 16-year marriage.

In an interview with the Daily Mail, Lord Ivar revealed his ex-wife Penny would be giving him away, an idea the former couple’s three daughters — Ella, 22, Alix, 20, and Luli, 15 — came up with.

He said he “never thought” he would marry another man and had “lived my whole life as a heterosexual” prior to coming out.

Penny (pictured below with Ivar) is immensely supportive of her ex-husband’s new relationship and knew to go into her marriage that Lord Ivar identified as bisexual.

“What I don’t think Ivar realises is how much he has changed as a man since he came out. James is hugely responsible for that because he’s so much fun,” she said.

“Ivar is so much more relaxed these days. He’s so much kinder. He’s become a great cook. I now call him Fanny Cradock.

“He probably wasn’t even aware that by keeping his sexuality a secret it was really quite tormenting him. Now it’s out he’s a completely different person. Everybody says they’ve never seen him happier.”

Should this gay man come out at his brother’s wedding?

Brendan and Chris: ‘The moment the law changed, we were engaged’