As Mardi Gras season kicks off, the City of Sydney is flying Progress Pride Flags across the city for the first time.

The Progress Pride Flag design was created by non-binary artist and graphic designer Daniel Quasar in 2018.

The design incorporates the existing six-coloured Rainbow Flag. But it also adds a five-coloured chevron on one side, with the the pink, light blue and white of the Transgender Pride Flag and black and brown stripes representing queer communities of colour.

On Friday, the City of Sydney raised the flag at Sydney Town Hall in a show of support for the local LGBTIQ+ community.

The council will also permanently fly a Progress Pride Flag at Taylor Square in Sydney.

And during Mardi Gras, the City of Sydney has installed street banners with the striking new flag. They’re along George Street, William Street, and Newtown’s main thoroughfare, King Street.

Moore said it “represents greater inclusivity and breadth of identity.”

“This year we’ve made a change, flying the Progress Pride flag. 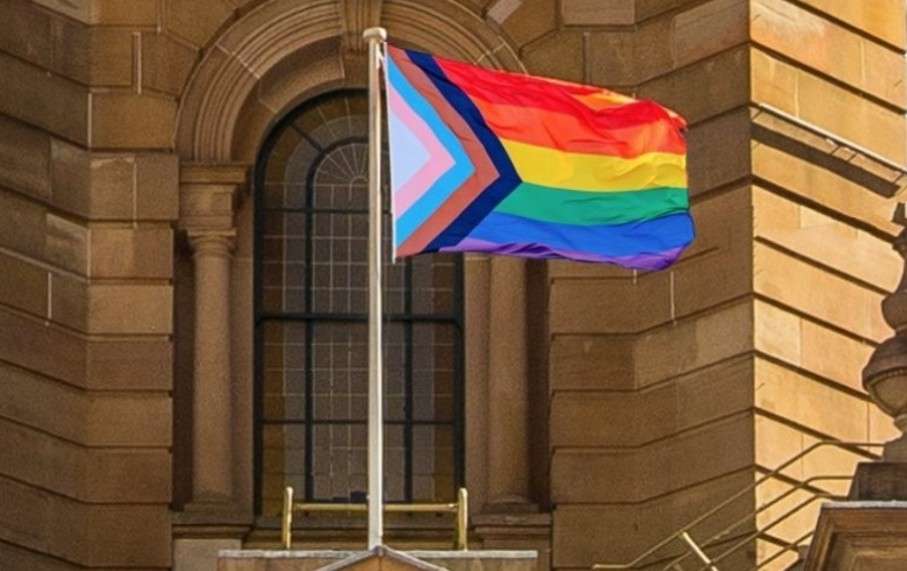 “Flags can mean a lot. Symbols [are] important because we know how easily gains can be lost.

“In the shadow of the Religious Discrimination Bill we hope legislators reflect on this year’s Mardi Gras theme – United We Shine – to help forge unity and pride in our great diversity.”

We’ve flown rainbow banners at every Mardi Gras since 2006, and here at Town Hall since 2010.

This year we’ve made a change, flying the Progress Pride flag. pic.twitter.com/FoC2y4hxyY

Meanwhile, the City of Newcastle has also adopted the Progress Pride Flag. The city has raised it at Town Hall (pictured below) for the first time to mark Mardi Gras 2022.

“Flying the flag demonstrates to our local lesbian, gay, bisexual, transgender, intersex, and queer community members that our city stands with them, not only during Mardi Gras, but at all times,” Nelmes said.

“As the city with the highest ‘Yes’ vote in regional Australia in support of marriage equality, we want to ensure that our community feels safe and supported.

“[This] is why we’ll be flying the Progress Pride Flag on days and for events that hold significance amongst Newcastle’s LGBTIQ+ community.” 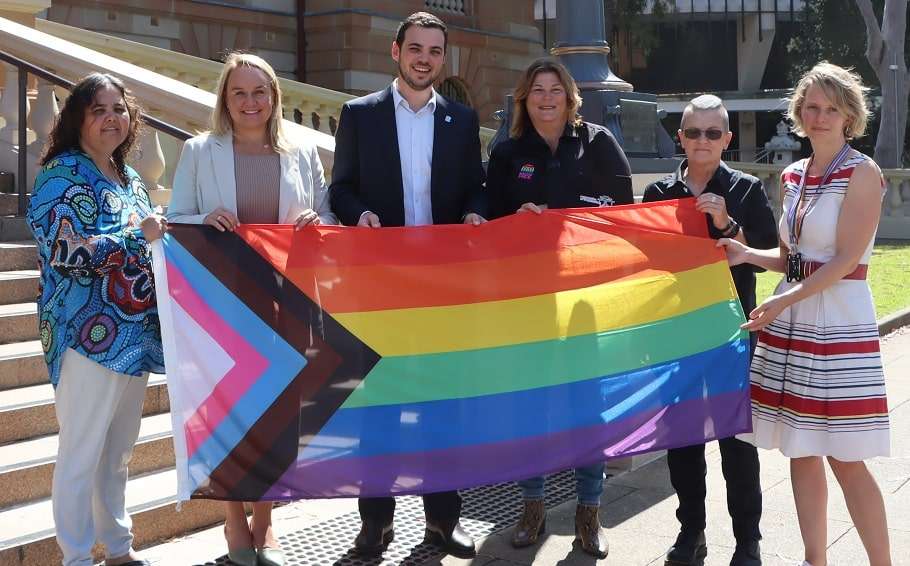 And on March 5, the Parade will again return as a ticketed event at the Sydney Cricket Ground (SCG).