“Whether it’s the swarms of half-naked bods, a warm breeze catching you just the right way, or simply because your little buddy’s got a mind of his own.” 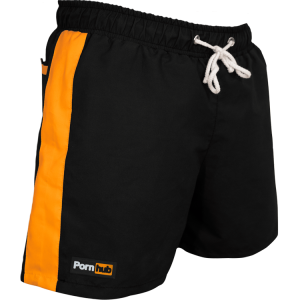 After a look at the bone ugly Bonerless Bathing Suit, we know why they are a ‘limited edition’.

Hopefully the company only made as many as they needed to shoot the equally unimpressive promotional video.

We’ve attached the video to this article but implore you not to watch it.

Watch grass grow, paint dry or even the Drag Race reunion show… but do not watch this video.

Well, no actually. People with penises may suffer inconvenient hard-ons. However, from the preponderance of ads for erectile dysfunction medication, we imagine inconvenient soft-ons are a bigger problem.

The promotional material bemoans the lack of solutions for hiding erections.

“A pair of tight undies… can keep you from arousing any suspicion until your arousal has passed.”

“An inner layer of form-fitting material.”

It’s a pair of tight undies! Hidden by an ugly pair of boardies.

It’s a bit like wearing a t-shirt that absorbs marijuana odour with ‘420’ emblazoned across the front of it.

Everything old is new again: Spanish Flu vs COVID Pandemic