Much has been said about Daniel Day-Lewis’s performance in Phantom Thread, but another actor has quietly earned their own spotlight throughout the film’s release. A relative unknown here but a strong presence in her native Germany, Vicky Krieps (pictured above) is a name and face unlikely to be forgotten following her dominating role as Alma, the object of a 1950s London dressmaker’s affection in writer/director Paul Thomas Anderson’s twisted new love story. On the eve of the film’s release, QNews film critic Peter Gray chatted with Krieps about her unusual audition process and how working with an intimidating figure like Daniel Day-Lewis made her a better actress.

I saw Phantom Thread recently and as I haven’t been exposed to any of your work before it was really quite amazing to be introduced to you in such a memorable way. How did this film come about for you?

[Paul Thomas Anderson] saw a very small independent German film I did, and then he asked a casting director to email me and asked for an audition tape. I actually filmed it with my phone!

Did you know how big of a film this was going to be?

No, I had no idea. I always like to ignore names, especially with my work, because I don’t like to be misled… or corrupted by the name, whether they’re famous or not. I actually don’t really open the attached documents, and in this case it was just a little text that was basically just a monologue. I responded very strongly to it. And then I heard from my agent who said that the director was very happy and that he’d like my phone number, and I thought “Sure, why not?” in a very casual way. My agent asked me why was I so calm because I didn’t read the name. In my mind it was for a student film as it was just a little text and, as you said that you haven’t seen me before, I was not expecting Paul Thomas Anderson to know me!

When you found out about the film and what it entailed, did you do a lot of research?

Yeah. I knew that we weren’t going to rehearse and I knew that Paul wasn’t really going to tell me anything else other than “be yourself”. He really likes to leave it up to the actors to invent the character. I looked at the script and I knew that I had to have a reason why [her character] Alma is the way she is. My research was more on the fashion and the housework of the 1950’s, and I also looked to my grandmother because I wanted to know what it was like to grow up in a war. Also, being a woman in the 50’s… having to cook and wash, do everything for everyone, and then go out and work, and not complain about it.

With their not being a lot of interaction prior to filming, are you essentially meeting Daniel Day-Lewis for the first time on-screen?

Yeah, the first scene [our characters] meet in the film, in the restaurant, was my first meeting. 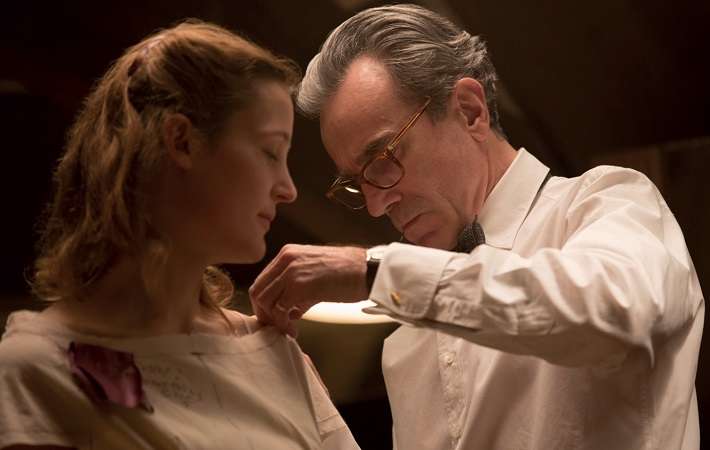 When you found out that you were going to be working with Daniel Day-Lewis, did you feel intimidated?

I tried not to. I’m quite good at being stubborn, and telling myself “I won’t think about this” and “I’’m not going to Google him” and I didn’t, but everyone else around me was telling me…and eventually it got to me and I got very scared. I knew there was no way I could do this movie scared, so I just concentrated on everything else and became quite silent on my own expectations. I almost became quite innocent like a child, took long walks and read poetry and tried not to use my phone too much.

Day-Lewis is known for being quite method, would it be safe to say that you met his character Reynolds Woodcock more than the actor himself?

Yes, absolutely. I spent three months only with Reynolds Woodcock. People would ask me what it’s like between takes, but there is no in-between takes. We would work days of 16 hours, and I was off maybe only on the Sunday, so we were literally on set the whole time, and it was with Reynolds.

Was that difficult for you? Or did it help you that you were working with a character more than an actor?

As an actor I think it helped me, but as a human being it was a lot…maybe too much at times. But as an actor it was great because if you work with Daniel it really challenges you, makes you go out of your comfort zone. I thought I was very concentrated as a person, but after working with Daniel it was just a whole other level.

Were there many scenes that weren’t particularly scripted? Essentially just two characters relating, was there off-the-cuff moments captured?

Most of it was improvised apart from the lines. The scene where Reynolds asks Alma to marry her for example, obviously those lines are in the script, but the way he asked me and the way I respond and how I chose to, in a way that was all improvised. 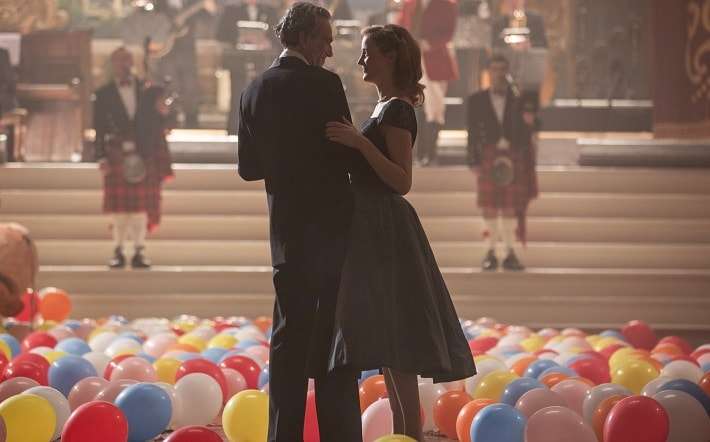 I really loved that the film was so unpredictable and that it presented such a twisted love story. When you read the script it must’ve been so interesting to see where the story was going?

Oh yes, I was interested in where it was going and why it was going the way it was. It was only during filming that I started to understand why she was doing what she was doing. But even now I still don’t really know… I think that’s what the movie does, it leaves you with all these questions. I think that’s what is so great that you leave this movie with all these questions and then you go home and talk about your own relationship.

Phantom Thread is in cinemas Thursday, February 1. Watch the trailer below: