Ditch the Bitch! Paul Martin says it’ll be a win-win

Kmart fans have applauded the Australian department store for including same-sex parents in a new range of all-inclusive dolls.

The playset comes in three different varieties, one including a male-female couple and two of which include same-sex parents. The set also includes a child, a baby, a dog, and several accessories.

Since the release, Kmart shoppers have taken to Facebook to express their joy about the company’s all-inclusive range.

“Go Kmart same sex couple dolls!!!” one user said after uploading a photo of the dolls to a Kmart fan page.

“Yaassss LOVE this,” another said.

“Kids don’t notice what the dolls are,” one poster said.

“Someone’s going to be offended, better take them off the shelves,” another added.

Other consumers were quick to defend the new ranges, commending Kmart for the progressive move.

“I wish I had something like this when I was a kid,” another added.

One other poster said they are excited for the Family Playset as now they have an accurate representation of their family.

“Finally. I can buy one for my son that represents our family,” they said.

Praise be to #kmart for these inclusive #family pack dolls. I bought a gay male family, because aparently i buy ” #barbie ” #dolls now.#lgbtq🌈 #anko pic.twitter.com/7KcL5mvf38

This isn’t the first time toy makers have created dolls tailored to diversity.

Earlier this year, Mattel launched a new line of gender-nonconforming dolls designed to “keep labels out.”

The ‘Creatable World’ dolls come with a variety of accessories designed to encourage creative play for children.

The non-gender identifiable dolls also come with a variety of outfits and hairstyles. 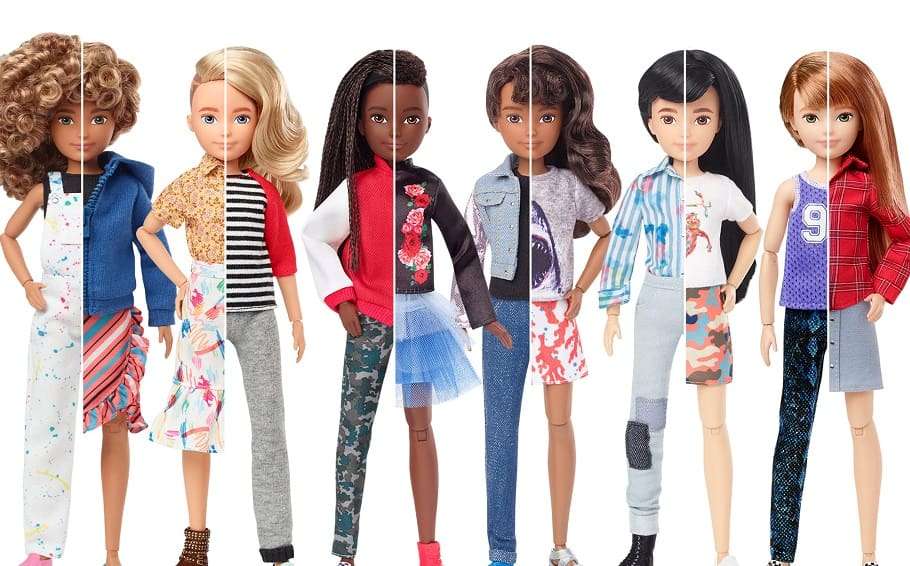 Mattel developed the dolls after research revealed there was a significant pool of children in the market for such a toy.

Monica Dreger, head of consumer insights at Mattel, said she hopes the doll puts an end to a story she heard throughout the two years of research and development.

“There were a couple of gender-creative kids who told us they dreaded Christmas Day. Because they knew whatever they got under the Christmas tree wasn’t made for them,” Dreger said.

“It’s important for kids to have a doll who they can relate to like a friend,” Dreger said.

Watch: Santa Claus is gay and falls in love in beautiful Christmas ad