Longstanding LGBTIQ organisation Out! Cairns is getting ready to celebrate its 10 year anniversary with a special party in September. Longtime organiser and DJ Ben Woodward looks back on a decade of struggles and triumphs of the far north Queensland parties.

Out! Cairns started in the second half of 2008, following widespread feeling across the community that there was a real need for a safe space in the form of a club night or dance party for LGBT+ community and their friends.

It had been a few years since Nu-Trix had closed its doors, and while the gay-owned Sapphire Bar on Lake Street had stepped in as the community’s safe space, it became apparent the owner did not want the venue to be seen as an “exclusively gay” space, alienating potential straight patrons.

The concept was a monthly Saturday night party with a minimal cover charge of $5. The door takings would pay the DJ and performers at discounted, community-minded rates, cover any other expenses for decorations and promotion, and any leftover money would be donated to community groups. The debut Out! Cairns party took place on Saturday, October 18, 2008 at Sapphire, with a turnout of over 200 people.

A few months later, the parties moved to the Blue Sky Brewery, drawing in about 300 people.

The new venue proved to be popular, with the rustic, industrial interior of the “Back Bar” harking back to underground queer dance parties of the 80s and 90s. 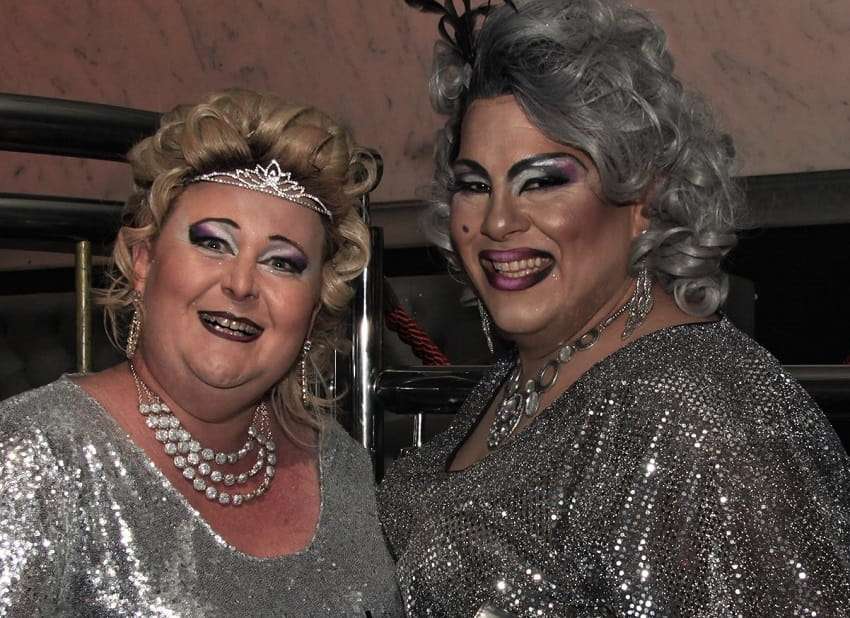 Whilst the Out! parties went from strength to strength, reaching their peak of over 500 people attending NYE 2010 in the Front Bar of the Brewery, the tourism downturn in the early 2010s took a toll on local venues, with many closing their doors.

New management at the Brewery soon expressed familiar concerns of “alienating straight patrons” and asked us to find another venue, so we moved to the short-lived, gay-owned “Out Front” Bar, and then the Buddha Bar.

We continued to draw in solid numbers each month over the following years, but straight venues would see us as too much of a risk, fearing we would alienate their regular patrons.

New bars and clubs would open and be the hip new place to go, and we would approach them as a potential new venue, only to be knocked back for that same reason every time. After six months or so, when that new venue’s numbers began to dwindle as some newer trendy place opened their doors, they would approach us seemingly desperate for us to hold a party there.

In most cases, it would already be too late – one decent night a month attended by 200 LGBT+ patrons could’ve potentially kept them afloat, if only they’d considered accepting the queer community with open arms in the first place.

Despite this instability, some venues thankfully took a chance with us, but another problem was the worldwide trend of gay venues closing down due to exorbitant inner-city rents and the emergence of hook-up apps like Grindr replacing the need for physical meeting spaces.

Additionally, most venues around Cairns were perceived to now be gay-friendly, with Gen-Y and Millennial LGBT+ people having much more mixed social circles.

But I guess Out! Cairns kept going because the local LGBT+ community still had a desire to come together socially, and they continued to enjoy what we would offer.

The “once a month” format seemed to work, with the older crowd content to go out that infrequently. Though the younger crowd would go to straight venues weekly, they would still want to feel part of the LGBT+ community at Out! Cairns. 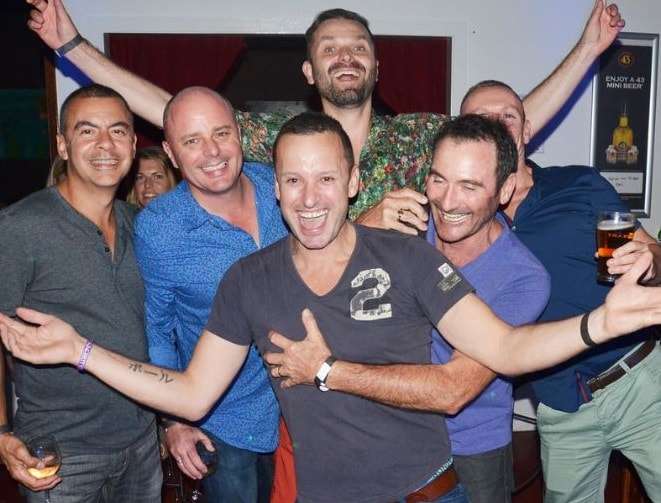 Given the decline of gay bars worldwide and the highly competitive nature of nightclubs and bars in Cairns, it’s unlikely a regular gay venue would receive enough business to keep its doors open.

Currently, we are continuing our residency at Kezz Bar, drawing 150 to 200 patrons to each Friday night event.

The parties have popular and memorable recurring themes – Fluoro Euro, White Party, Hallo-Queen, and more recently CHOOSE LIFE 80s Party. This year we put on a huge night at QT Resort in Port Douglas for the first time, to great success.

This year, for our 10th anniversary, we’re putting on a party at Kezz Bar during the Queen’s Birthday long weekend on Sunday September 30, and we couldn’t be more excited to celebrate this achievement with our community. 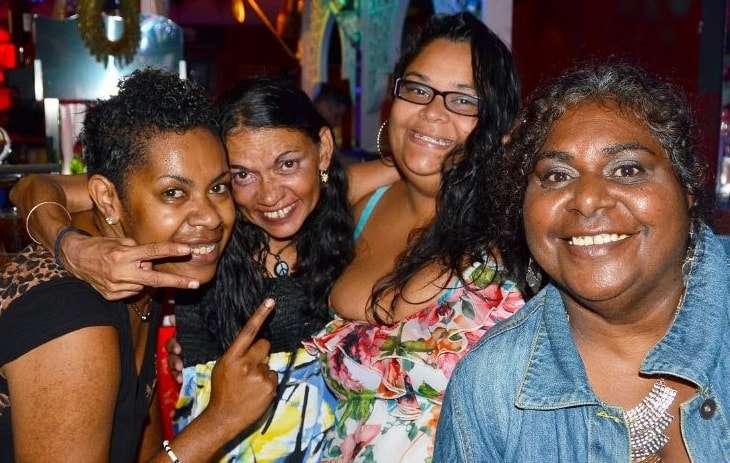 There have been too many volunteers to mention who’ve helped over the years. One of the most dedicated and hard-working, Cameron Riddell, joined the committee in 2010 after moving to Cairns from Melbourne.

He became a well-respected and highly-regarded member of the community, and was Treasurer for several years before relocating back to Melbourne in 2016.

Over the years, many volunteer photographers have also generously donated their time to our events, including Dickson Tee, Matthew Martin, and most recently, Darren Ramsey. It’s been fantastic to have been a part of the local LGBT community’s social space for over 10 years. I’m sure there’s many who have fond memories of different Out! parties over the years, I know I certainly do.

Like any LGBT+ organisation in a smaller populated community like Cairns, we’ve had our ups and downs along the way, but the fact that we’ve made it to a decade – longer than some LGBT venues in the past – is something I’m proud to have been a part of.

Out! Cairns are holding their 10th anniversary Toga party at the Kezz Bar in Cairns. For more details, visit their Facebook page.

(All photos courtesy of Out! Cairns)