In 1970s Australia, it seemed inconceivable that a gay person could hold the office of Prime Minister. But was Australia’s 20th Prime Minister Sir William McMahon gay despite that? Few in Canberra doubted that of Billy McMahon at the time.

Sir William McMahon had a long climb up the ladder of success. Once at the top, he fell off. He was not a popular Prime Minister.

His wife seems to be the only person who liked him. Unlike Sir Billy, she was much loved. Older Australians  remember her style, beauty and – her wearing a scandalous dress to the White House. Their son is the actor Julian McMahon.

William McMahon became the 20th Prime Minister of Australia in 1971, by default.

The last man standing was the unpopular and distrusted McMahon.

His former Liberal Party rival Hasluck did his duty as Governor-General and swore William McMahon in as PM.

However duty done, Hasluck later wrote down his real opinion of the man he swore in as Prime Minister.

I confess to a dislike of McMahon. The longer one is associated with him the deeper the contempt for him grows and I find it hard to allow him any merit.

“Disloyal, devious, dishonest, untrustworthy, petty, cowardly – all these adjectives have been weighed by me and I could not in truth modify or reduce any one of them in its application to him.

Until the age of 57 Billy remained unmarried, a “confirmed bachelor”. Rumours persisted throughout his life that he was homosexual. During his time as Navy Minister in the early fifties other politicians noted his inclination to “co-opt handsome young sailors in tight-fitting bell-bottom trousers to caddy for him at golf.”

Being a “confirmed bachelor” was a hindrance to advancement in government.

Sir Robert Menzies himself advised McMahon that if he ever wished to become Prime Minister, he would need a wife and children.

He previously met the unmarried Sydney socialite, 24 years his junior, at a Liberal Party function.

Six months later he proposed, another three, they married, and in two more, the doctor pronounced Sonia pregnant. 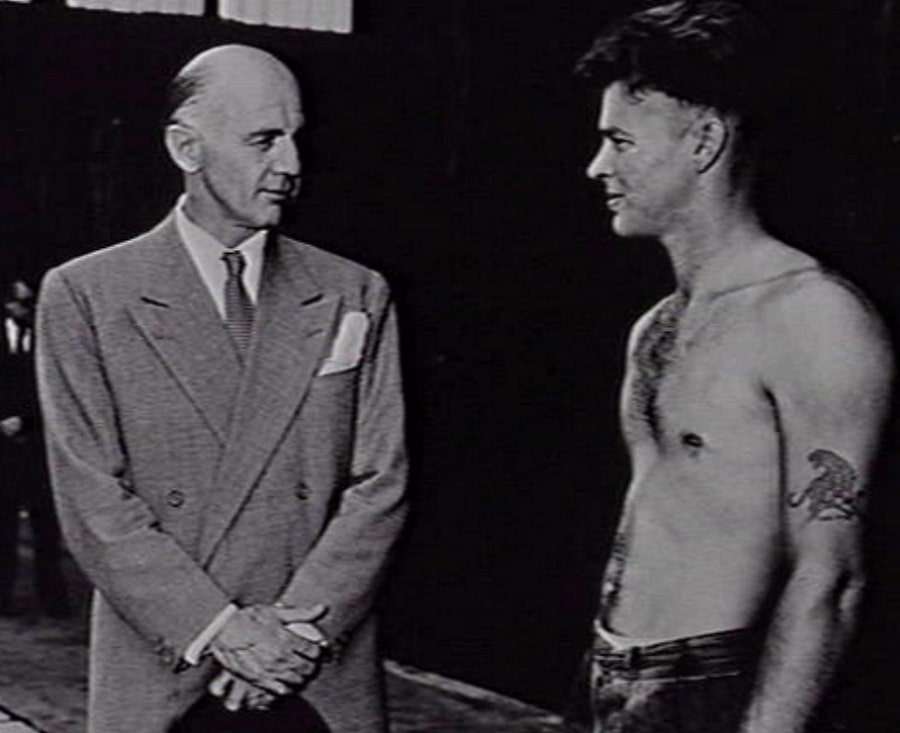 The marriage did not help McMahon’s political progress in the short term.

When Holt drowned while at the beach with his mistress, the leader of the Liberal’s Country Party coalition partner, Jack McEwen, refused to continue the coalition with McMahon as PM.

He told McMahon he didn’t trust him.

However, he told others he believed McMahon was homosexual.

A rather effeminate manner

Sonya and Billy were a bizarre couple according to popular opinion at the time.

In contrast to his wife,  McMahon appeared old and short.

He also had extremely prominent ears and a noticeably high pitched voice.

No one felt the need to keep their opinions to themselves.

The Australian mentioned a “rather effeminate manner”.

She was beautiful, tall, elegant and stylish. McMahon said people came to see him purely to have a “squizz” at Sonia. In later years she mentioned having felt like an “appendage”.

Less kind people used the word “handbag” or even “beard”.

Neil Brown, later John Howard’s deputy leader, who in the 90s left his own wife and acknowledged his homosexuality never held back in his assessment of the couple.

“She towered over her diminutive husband and her elegance and good looks stood in sharp contrast to the decrepit gnome-like figure beside her and simply added to his comic appearance.”

McMahon used his beautiful wife to advantage. On a state visit to Washington Sonia wore a stunning white dress slit to the thighs to dinner at the White House with Richard Nixon. The dress made headlines world wide.

The Washington Post said it was the most talked about garment ever seen in Washington and Sonia would later claim the dress put Australia on the map.

(At the very least it put the map of Tassie on the map, added not a few.) 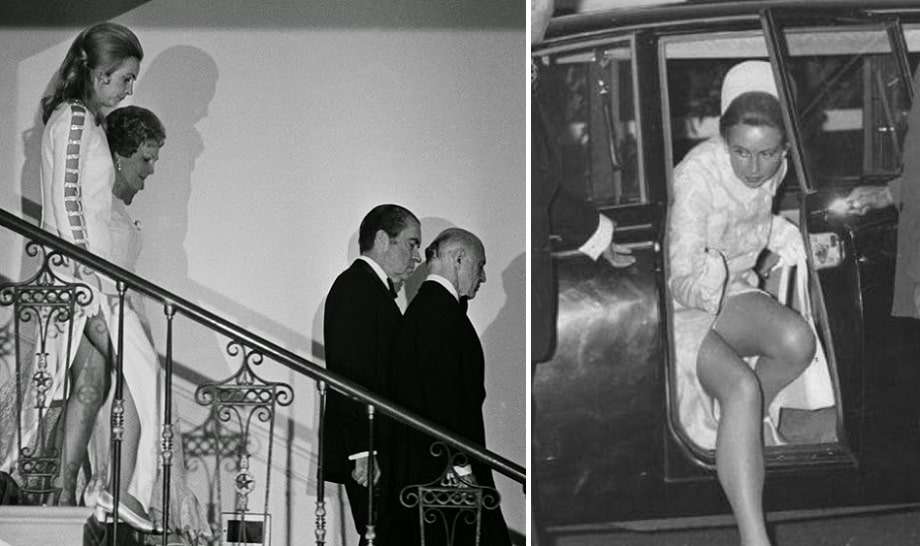 The dress did not save McMahon’s Prime Ministership. The following year Gough Whitlam led the Australian Labor Party to a landslide win and McMahon became not only one of our shortest, but also shortest serving Prime Ministers. McMahon resigned as party leader but stayed in Parliament another decade.

I read in Australian gay magazine Campaign in the late seventies a blatant inference that Sir William McMahon was gay.

It mentioned regular assignations at a suburban Canberra restaurant.

The news shocked me.

I lived in Queensland under the puritanical and dictatorial Bjelke-Peterson regime.

The highest political office a gay could aspire to in Queensland was President of the Hairdresser’s Association.

And then only so long as they stayed closeted.

If people realised the sexuality of the men cutting their hair, undoubtedly mass panic would have ensued.

It was inconceivable to a gay teenage Queenslander that a gay man could hold the high office of Prime Minister.

After Billy’s death his wife protested that the rumours and printed assertions about her late husbands sexuality were baseless. She claimed “the gay business,” was started by Gough Whitlam, who mocked Billy when he dared defy the strict footwear convention of the era to wear suede shoes into Parliament.

“Bill was a sophisticated, cultured and fashion-conscious man. I think sometimes if someone doesn’t conform to an ocker-macho stereotype, they get branded as being homosexual. That’s so silly.”

Obviously Billy was a pioneer metrosexual, decades ahead of his time.

Whitlam focused on the suede shoes but his innuendo was informed by two decades of rumour and the not insubstantial fact that, by the time McMahon wed, he numbered amongst less than 5% of Australians his age who had never married.

Tony Wright wrote in The Bulletin “former senior public servants recall McMahon when PM in the early 1970s would rove the men’s dressing rooms at the old squash courts in Manuka.

“Wearing not a stitch, he was in the habit of approaching other men and virtually demanding they engage in long, often meaningless conversations… The only newspaper report was a picture of McMahon with a black eye, which he said occurred in a game when he was hit by an opponent’s racquet.”

Sonia also mentioned when defending Billy that he had chosen the dress she wore to the Whitehouse for her. Indeed, he chose all her dresses.

Does it matter if our 20th Prime Minister was gay? Is it any of our business? I think it does matter, and it is most certainly our business.

They continued the White Australia Policy. Despite Menzies having declined to fight in either of the World Wars and Sir William McMahon sitting out the second in an office job due to hearing problems, they happily conscripted young Australian men to fight and die in Vietnam.

Conscientious objectors languished in Australian prisons as McMahon swanned up the White House stairs with Sonia in her split dress. Homosexuals were subject to not only discrimination and prejudice but also criminal sanction and prison for private consensual adult sexual activity.

The Federal parliament actually did what it could about this situation while McMahon remained a member.

While it only affected the Federal Territories – the ACT and the NT – it was the first tentative step to granting gay Australians equal citizenship.

Billy McMahon was in Parliament House the day the legislation was voted on.

Even if not homosexual, Billy McMahon knew from long personal experience the discrimination homosexuals faced.

The decades of whispers about his sexuality culminated in McEwen’s refusal to see him elected Prime Minister.

How did he vote? He didn’t. Despite attending Parliament earlier, he scurried out and avoided that debate and the vote.